iOS 12 launches today, and there are a whole bunch of updates to apps that take advantage of the new features available in iOS 12. If you visit the App Store’s updates page, you’ll see that many apps are adding support for Siri Shortcuts. Shortcuts in iOS 12 can refer to several related new things, but in this case, Siri Shortcuts lets you interact with, and control apps just by talking.

For instance, say “Hey Siri, check my commute” to get a report of the disruptions, departures, and your ETA at work from Citymapper, or say “Show today,” and see a list of today’s tasks in Things app.

These actins take advantage of a new Siri capability. In iOS 12, apps can integrate with Siri, using something called Shortcuts. Shortcuts can be complex automations that you build yourself using the Shortcuts app, but they can also be simple one-hit features provided by an app. All you have to do to use these Shortcuts is to pick a trigger phrase. In future, every time you speak that phrase, the shortcut will be run.

There are two ways to activate these shortcuts. One is to do it in the Siri section of the Settings app. The other is to add them from the app itself. This only works if the app developer has enabled it.

Let’s take a deeper look at the Citymapper example above, to see how easy it is to use Siri Shortcuts.

Citymapper, the best city transport app around, walks you through adding Shortcuts to Siri. Just tap one of the sample shortcuts in the list, and you’ll be taken through the steps necessary. It’s actually a great way to learn about Siri Shortcuts, too. 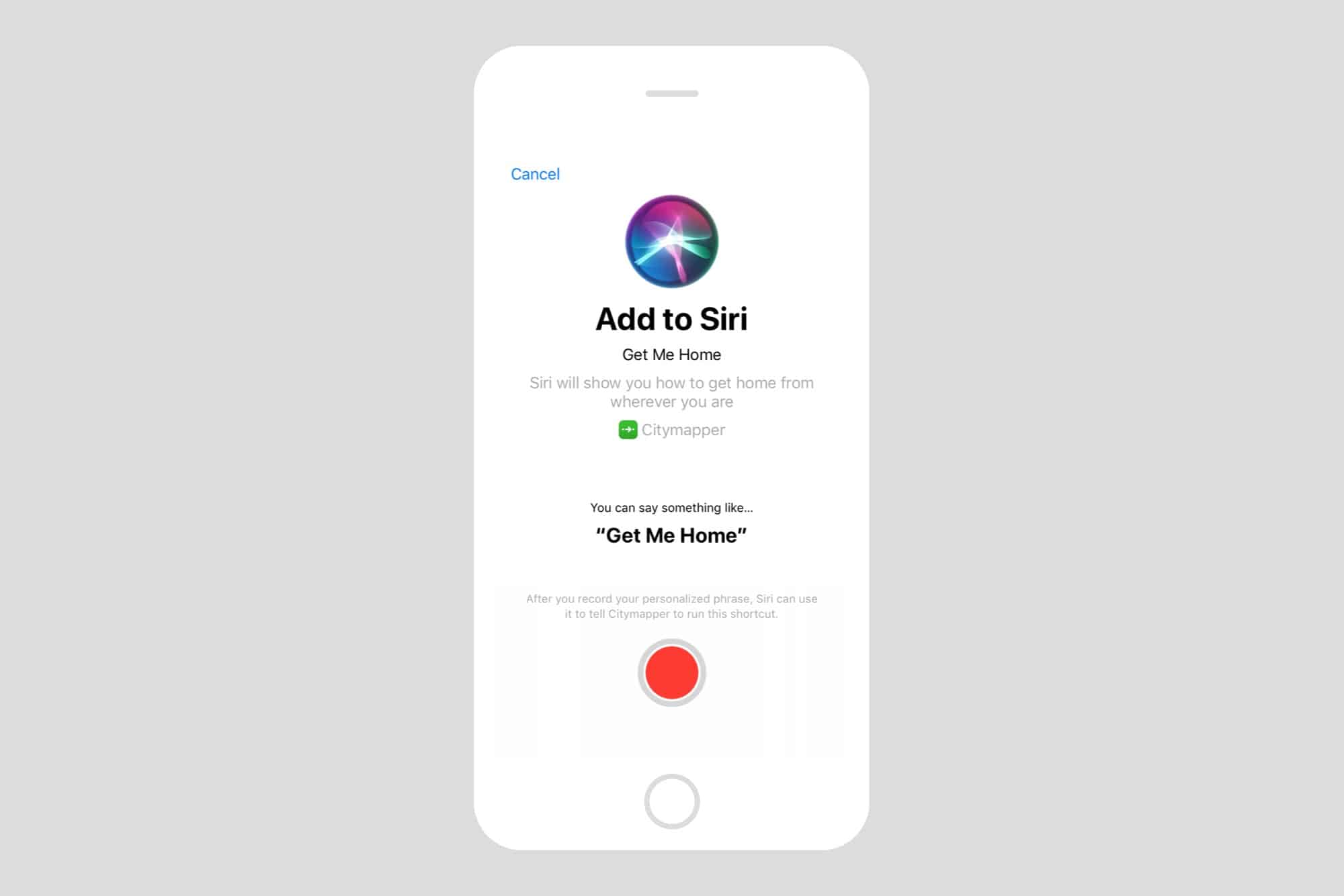 You’ll be prompted to record a trigger phrase. The suggested phrases are quite good, so go with those unless you have a better idea. After recording, you’ll get the option to change the phrase, or re-record it if Siri didn’t hear you.

Now, in the future, you just have to invoke Siri, speak your phrase, and it will be executed. In the case of this example, Citymapper doesn’t even open. Trigger the “Departures” Shortcut and gives you the results right on the lock screen:

This is huge. You will be able to interact with the most important parts of your apps without even opening them. And if you build your own Shortcuts, which we’ll be showing you a lot of in the coming weeks as new apps add the capability, you can automate almost everything.

Before we go, here’s another example, from Things. This time I added the Shortcut inside the Siri and Search section in the Settings app. The procedure is exactly the same.

Siri Shortcuts are available in the Settings app.

Pick a suggested shortcut and record a trigger.

This example will open up Things on the Today page, but you can also add to-dos using Siri.

Shortcuts can be as simple or as powerful as you like. Hopefully it’s going to be easy enough for non-nerds to start using it, was it really is a useful feature.