Apple continues to improve the iPad Pro design, with a nearly bezel-less version reportedly in development. This could mean an 11-inch iPad the same overall size as the company’s current 10.5-inch tablet.

This will supposedly be the first iPad with Apple’s Face ID as the technology expands beyond the iPhone X.

Apple left the Home button out of the iPhone X so the screen could cover as much of the front of the device as possible. The button previously served as a Touch ID fingerprint scanner, but facial recognition replaced this function. The iPhone X needs just a small cutout for the front-facing cameras and microphone — the controversial “notch” at the top of the screen. Rumors indicate the next iPad might get the same kind of upgrade soon.

An 11-inch iPad without a Home button?

Without a Home button, a larger display could fit into the tablet without it becoming bulkier. Plus, the device likely would work with accessories designed for the current 10.5-inch iPad Pro, like the Smart Keyboard. Support for the Apple Pencil is also expected.

Of course, removing the Home button would require adding a notch to the tablet for the front-facing camera and face scanners required by Face ID. This isn’t the first unconfirmed report of an iPad with notch, but previous rumors said nothing about an increase in screen size. 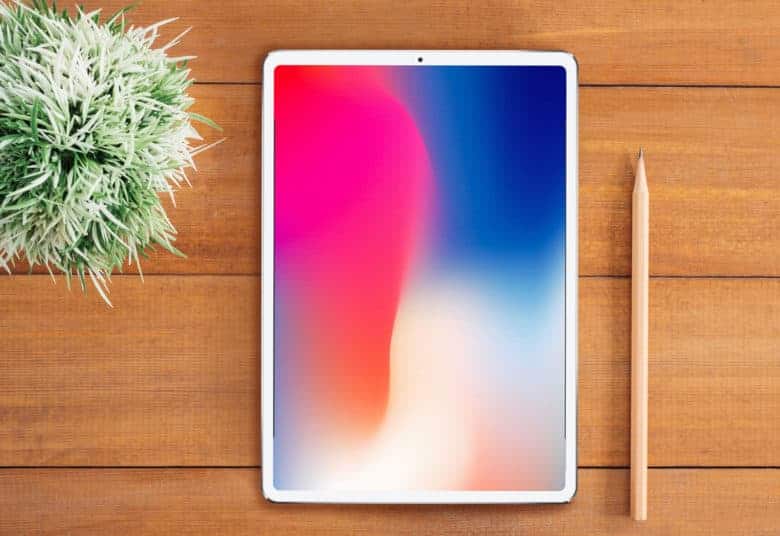 Pricing on the 11-inch model has yet to leak out. This model could debut in June, during Apple’s Worldwide Developer Conference in San Jose, California.

Word that Apple is working on an 11-inch iPad comes from Taiwan’s Economic Daily News, which has a hit-or-miss reputation when it comes to Apple rumors. It sometimes truly gets the inside word on upcoming products, but other times the publication’s predictions don’t pan out.

One of two new iPads

Last month, the Eurasian Economic Commission gave Apple permission to release two additional iPads in Russia and a number of neighboring countries. No details are known about the pair, but one could be the rumored 11-inch device.

Apple currently offers the premium iPad Pro in 12.9- and 10.5-inch sizes. The company also sells a budget-priced 9.7-inch iPad and the iPad mini 4. The 11-inch model, if real, would likely replace the 10.5-inch version.

There have also been rumors that Apple is prepping a tablet to sell for just $259. This might be the second model approved by the EEC, and might take the place of the budget 9.7-inch iPad.