Apple’s new Swift programming language is being adopted even faster than anyone predicted.

In the latest TIOBE Index, which ranks the popularity of programming languages, Apple shot up from the 14th spot last year — and has already cracked the top 10. That may not sound too exciting, but considering all the other languages in the top 10 are at least two decades old, Swift is catching fire in a major way.

Swift made its debut in June 2014 as a replacement for Apple’s old native mobile app development language, Objective-C. The streamlined language makes it easier for coders to build apps by offering simple language and familiar syntax.

Because Swift is used mainly to write applications for iOS devices, TIOBE doesn’t expect it to rise too much more in the rankings. Java is still the most popular programming language in the world, with more than 16 percent of developers using it.  Meanwhile, the language Swift replaced on mobile, Objective-C, is slowly slipping down the list.

Here are the full rankings: 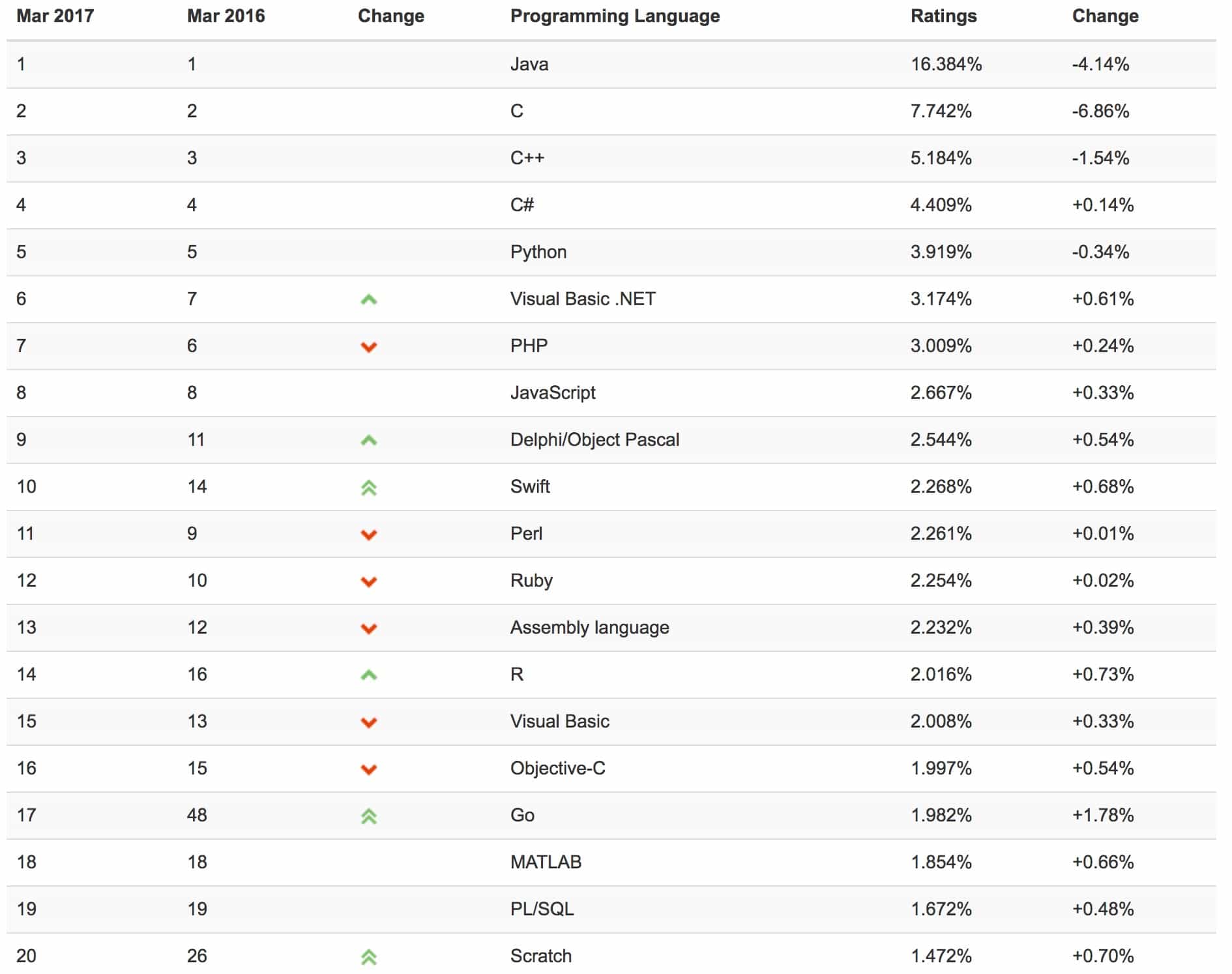