A recent batch of trademarks filed by alleged Apple shell companies may have just hinted at a bunch of new products and features to be revealed soon, including something called an “Iris Engine.”

The mysterious phrase, spotted by trademark attorney Brian Conroy in patent documents, could refer to retina scanning in the iPhone. Apple is rumored to be working on the feature for the 2017 iPhone.

Just because Apple may have filed for the trademarks does not mean the company plans to actually use them. Apple has requested a six-month seniority expiration date on all phrases should it not use them. 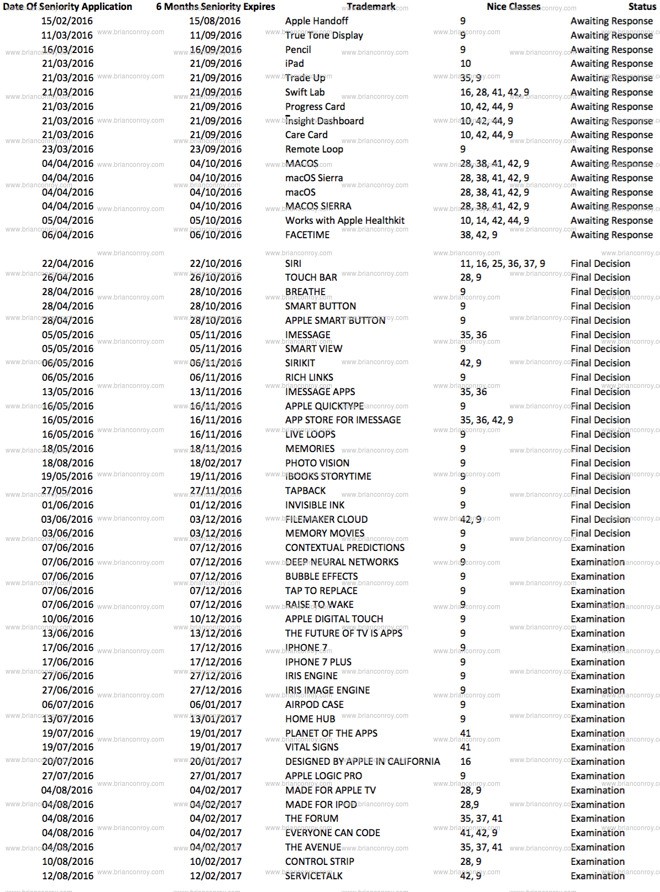 The iPhone 7 and iPhone 7 Plus names are also confirmed from the trademark filings. Apple is set to unveil its new smartphones at a keynote in San Francisco tomorrow. The Apple Watch 2 and new Beats headphones are also expected to make an appearance.