The iPhone SE is finally starting to sell out after making its official debut last week, greeted by glowing reviews from fans and critics. It’s the best 4-inch phone money can buy, but is it enough to win over the millions of consumers buying affordable Androids?

It certainly has the looks, and with the same internals as the iPhone 6s, the iPhone SE has plenty of power, too. But while its $399 price tag ($499 if you want a decent amount of storage) makes it much cheaper than Apple’s high-end devices, it’s still not cheap.

Will the iPhone SE really worry Android makers, then, or is it another iPhone 5c — a slightly cheaper version of its larger siblings that will be only moderately successful?

Join us in this week’s Friday Night Fight between Cult of Android and Cult of Mac as we attempt to answer those questions.

Luke Dormehl — Writer, Cult of Mac: So, this week’s Friday Night Fights builds on something you and I were discussing when Apple first introduced its new 4-inch iPhone SE: can it help Apple steal customers away from Android?

I think it can, and here’s why. For starters, you’ll struggle to find a nicer phone at the price Apple is selling the iPhone SE — especially if you’re after a 4-inch phone. Starting at $399, the iPhone SE brings you the mighty A9 processor, which means that you’re dealing with a pretty nippy handset in terms of speed and processing firepower. Apple’s also added in faster Wi-Fi and LTE speeds, Bluetooth 4.2, NFC and Touch ID — which makes Apple Pay possible on a smaller iPhone for the first time. Most crucially of all, you’re getting iOS.

Now, while I’m sure that there are certain customers who consciously opt for Android devices over Apple ones, I think there’s a much larger customer base who simply can’t afford an iPhone. The iPhone SE is a great gateway drug to the Apple ecosystem.

Can it steal away Android customers? It already is: according to research from Slice Analytics, 16 percent of iPhone SE buyers are picking up an iPhone for the first time. That’s significantly higher than the percentage of ex-Android users buying the company’s flagship handsets. And, when they see what Cupertino’s offering, who can blame them? 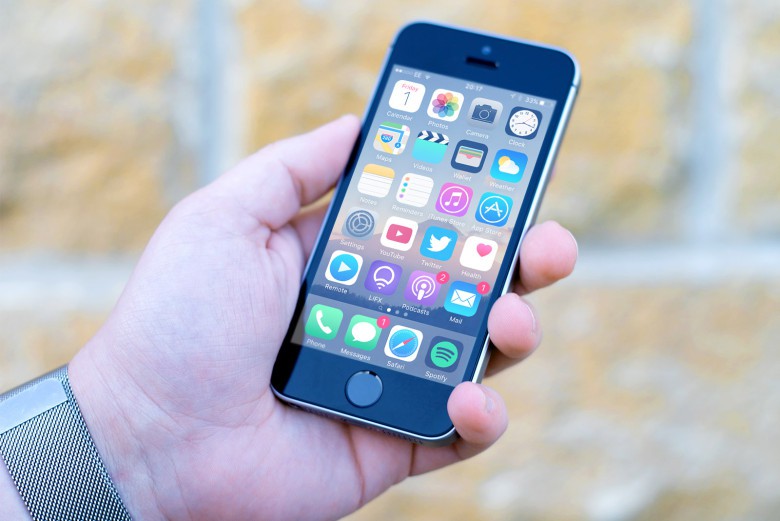 Killian Bell — Writer, Cult of Android: I notice that you specifically mention the iPhone SE’s 4-inch screen. Yes, if you want a 4-inch phone, iPhone SE is the only one you should consider. Everything you’ll find on Android at that size just isn’t worth the cash, and I’ve already ranted about that.

But here’s the thing: The vast majority of smartphone consumers don’t want a 4-inch phone. It’s a niche, which is why smartphones have gotten bigger and bigger in recent years; everyone wants a larger display that’s good for watching movies, playing games, and viewing more content when you’re surfing the web.

With that said, there are much better options on Android around the $399 price point. For instance, the OnePlus 2 is $50 less, and it packs a larger and sharper display, 64GB of storage as standard (in the U.S. and most other markets), and other features the iPhone doesn’t have.

The OnePlus 2 also has dual SIM card slots, which are hugely important to lots of customers in emerging markets. In fact, they’re so important that lots of Android makers release a second version of their latest devices with a dual SIM slot specifically for customers in countries like India, where more affordable smartphones are king.

There are also Android-powered options with comparable specifications that are much cheaper, like the latest Moto G, which starts at just $179.99. It has a larger display, a much bigger battery, expandable storage, an excellent camera, and it’s water-resistant.

I’m not going to read too much into unreliable research figures just a week after the iPhone SE has made its debut; let’s see how well it performs over the coming months

Luke: Okay, so let me ask you a serious question then: Do you think that customers in the U.S. and elsewhere would rather have an iPhone than an Android device? Surely you can agree with me that the majority of Android owners, were price not an issue, would prefer to go for a phone made by a premium brand like Apple?

That’s a massive audience for Apple as it continues to expand its market, particularly in developing countries like India. And it’s somewhere I think the iPhone SE can be very, very successful. 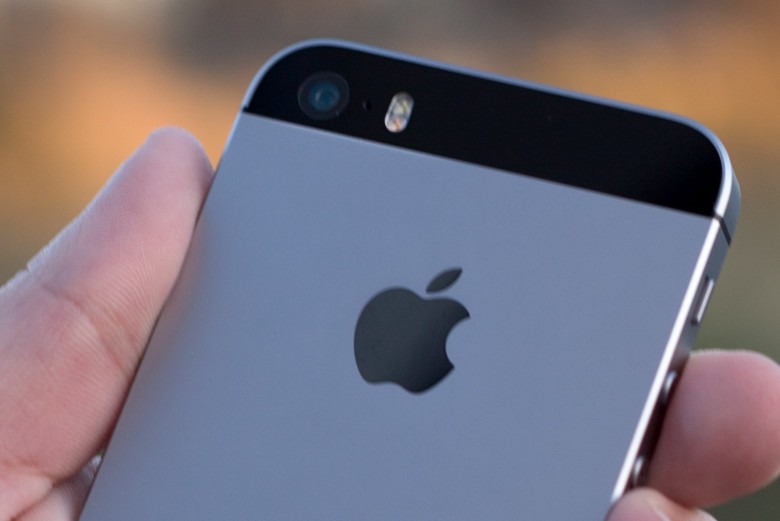 Killian: You seem to think that everyone who bought an Android smartphone did so simply because it was cheaper than the iPhone. That’s simply not the case. Some of the most popular Android smartphones — such as Samsung’s Galaxy S series — are just as expensive. People buy them because they have better displays, better cameras, and features like water-resistance. We’ve been over this countless times before.

And believe it or not, some people just like Android. It’s more customizable. It’s more flexible. Google gives you the freedom to use the apps you want to use by default, to put your icons wherever you want them, to use third-party launchers, and more. Not everyone wants Apple to decide which apps they should use and prevent them from doing simple things, like downloading files.

So no, I don’t think everyone would rather an iPhone. And I don’t agree “the majority” choose Android because it’s cheaper. I know a certain percentage do, but it’s not the majority anymore. Android devices are great now, and lots of people buy them because they’re better than anything Apple has to offer in more ways than one.

Luke: That’s clearly not what I said. Of course there are people who buy higher-end Galaxy devices out of preference. But there are also a large, large number of people who buy Android devices because they can’t afford to buy iPhones. It’s this market the iPhone SE can cater to: people who would like to own an Apple device and enjoy the superior experience that is iOS.

There are certainly things Apple needs to sort out before that happens, though. In some developing markets, the iPhone SE is oddly expensive: on a parallel with the iPhone 6, in fact. That means that the handset risks falling into a black hole in which it’s only slightly cheaper than the flagship iPhones, while also being too pricey for people wanting a more affordable smartphone.

Fortunately, Apple’s shown a willingness to slash the cost of its handsets in some markets in the past in order to get them into more customers’ hands. Once the pricing issue is sorted, I don’t see any reason why Apple can’t use this phone to chip away at the market share currently enjoyed by lower-cost Android device makers. Apple’s never focused exclusively on market share in the way Android has, but there are certainly advantages to Apple expanding its iPhone user base around the world — particularly as it tries to build services like Apple Pay and draw more people into the Apple ecosystem.

We’ve already established today that the iPhone SE is the best 4-inch handset of its kind available today. Heck, our Cult of Mac brethren Ste Smith has said he’ll voluntarily trade in his iPhone 6 Plus to keep going with the iPhone SE after reviewing it. So is there really a good reason this can’t be a big step in the right direction for Apple? 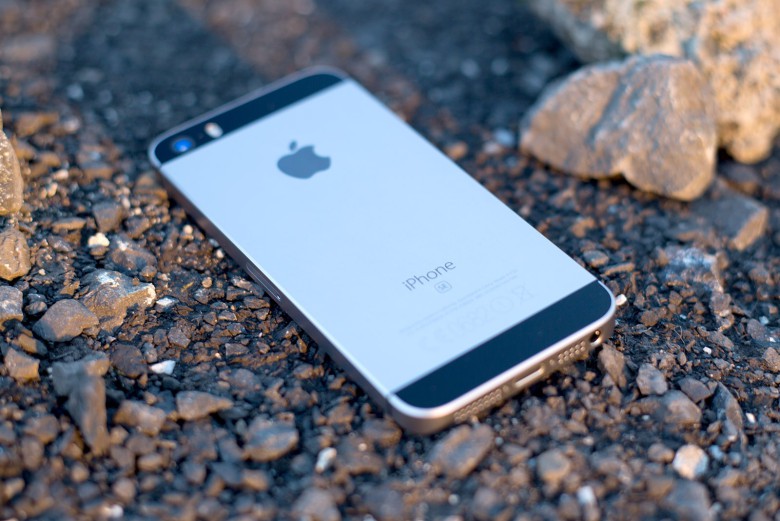 Killian: What you clearly said was, “the majority of Android owners, were price not an issue, would prefer to go for a phone made by a premium brand like Apple.” That’s not true.

Yes, there are a “large, large” number of people who buy Androids strictly because they’re cheaper. The problem for Apple is that in the Android world, a $399 smartphone isn’t a budget smartphone. As I mentioned above, handsets like the Moto G — which is a terrific phone — cost under $200 off-contract. That makes the iPhone SE look expensive.

So, a big percentage of that “large, large” number of people buying super cheap Androids because of the price still aren’t going to buy an iPhone SE. And you say “once the pricing issue is sorted,” but Apple very rarely drops its prices, especially so soon after release.

I’m not saying iPhone SE won’t steal any customers from Android; there will be Android users buying phones around $300-$500 who will consider the iPhone SE, and there will be people buying phones at $600+ who would prefer a smaller screen — like Ste. But its impact won’t be big enough to worry affordable smartphone makers, that’s for sure.

Let’s turn this over to the readers now. Do you think the iPhone SE can steal significant market share from affordable Androids, or is it still too expensive to be a real success?

Friday Night Fights is a series of weekly death matches between two no-mercy brawlers who will fight to the death — or at least agree to disagree — about which is better: Apple or Google, iOS or Android?