If you want to strike it rich on the App Store, here’s a hint: make a game.

Americans who own an iPhone spent an average of $35 on apps and in-app purchases last year, only instead of forking over cash for productivity or education apps, the majority of that money goes to gaming.

App marketing firm Sensor Tower estimates that Apple had 110 million active iPhones in the U.S. by the end of 2015. The fact that games were the top app category isn’t a shocker, but the difference between how much users spend on the top category and second category is pretty surprising.

Of the $35 users spend annually on apps, approximately $25 goes to games, while the second-place category, Music, receives only $3.40, which is less one sixth the amount spent on games. 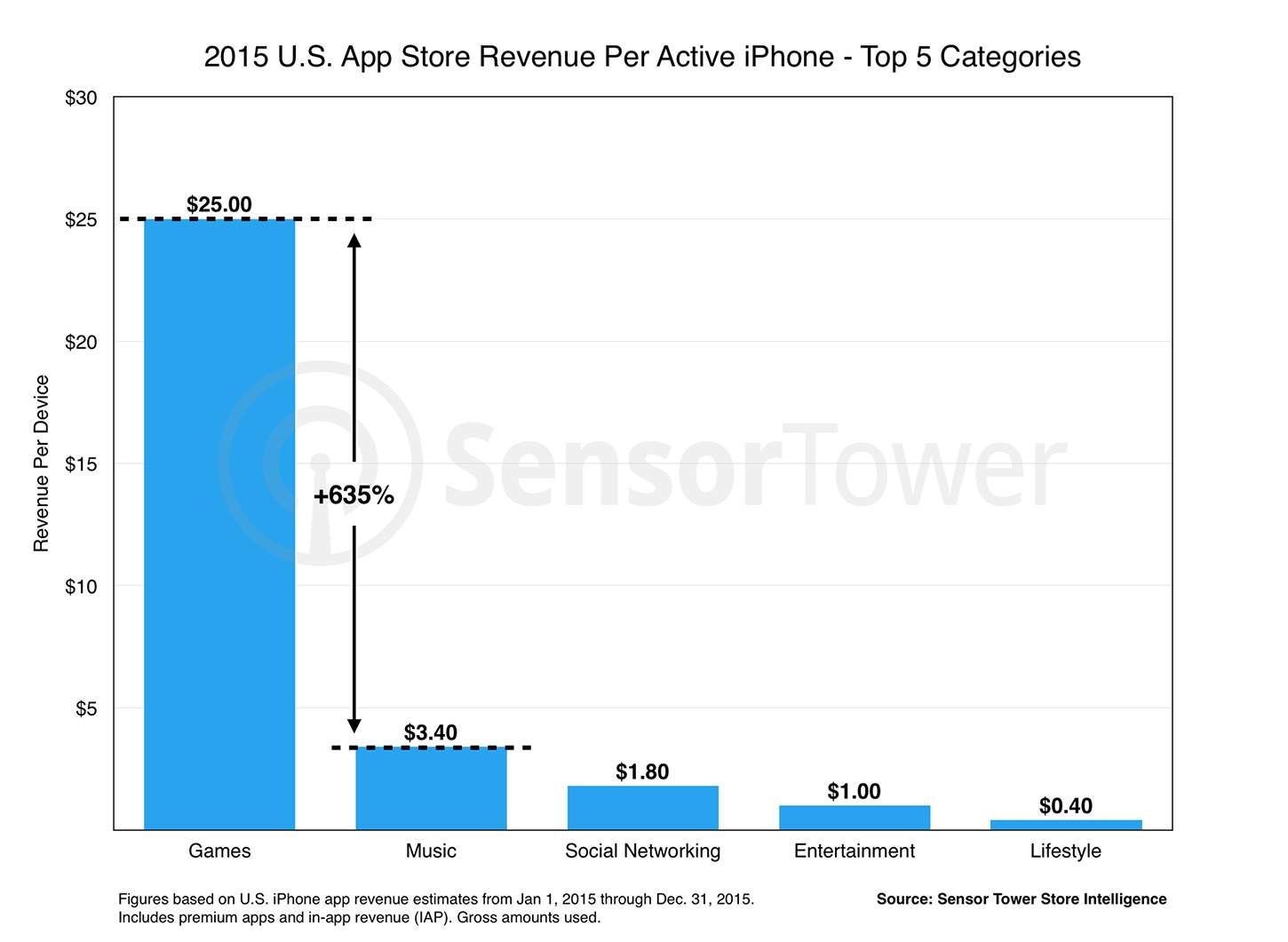 Social Networking apps milk $1.80 from iPhone owners on average, while Entertainment and Lifestyle apps get $1 and $0.40. The company’s study also examined how many app installs the average device has per category. The average iPhone users has 10.5 games installed, which is two more than the average of the next category, Photo & Video, with 3.4 different apps installed per device.