The iPhone 6s has the best camera Apple’s ever made, but have you ever wondered how much better the new camera is than the original iPhone that launched back in 2007?

Lisa Bettany put the iPhone 6s camera through its paces in a new comparison test that pits the new device against the previous eight iPhones. Her images show how far Apple’s smartphone photography game has improved since the original iPhone debuted with its 2-megapixel sensor.

Check out the comparison shot below: 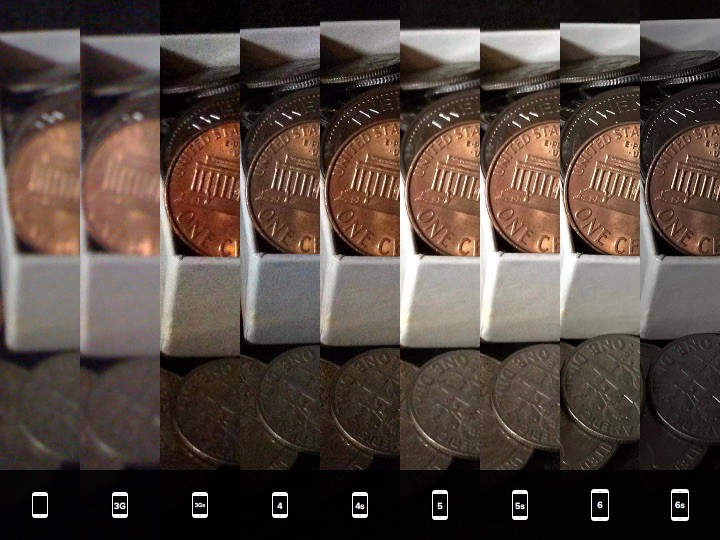 The iPhone 6s really shows off its big improvements with backlit closeup photos and portraits. Bettany says the iPhone 6 suffered from blotchy skin tones, pixelation and decreased sharpness. Apple appears to have fixed the problem by using greater separation in photo diodes to reduce noise and keep coloring more consistent.

The iPhone 6s image looks more vibrant and sharper, with skin tones that look more true to life, says Bettany, comparing the iPhone 6s portrait to the iPhone 6. “The sharpness is apparent around my eye, but I’m still noticing the pixelation problem, especially with the highlights on my cheeks in the tight crop.”