LifePrint might finally have invented a printer that you’ll want to use. It’s a wireless, internet-connected box that lets you print pictures from your iPhone (or Android phone), and you can also send photos direct to the printers of your friends and family.

Did your mother ask you to send her your baby photos? You can just print them out on the LifePrint she has sat in the hallway, on top of that lace doily. 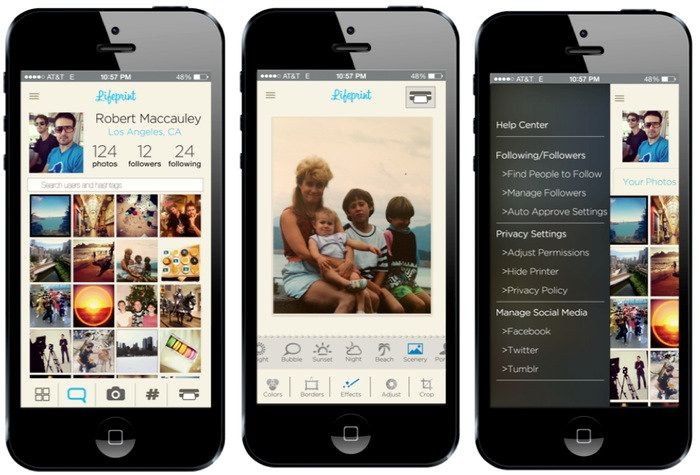 I’ve mentioned the Canon Selphy before, because it’s awesome. It prints 6×4 photos that are as good as those from the lab, but it does it via a hideous app, and requires that you’re on the same Wi-Fi network to use it.

LifePrint has a better app, and the box is also a lot more stylish. It looks a lot like a mini Mac Mini, and spits out 4×3 prints. Better still, it works over the internet, so you can snap a photo and print it to any LifePrint anywhere in the world. That could be your mother’s printer, or the printer you have back at home.

The app itself lets you add filters and captions before printing, and from the screenshots it looks pretty damn slick. Way better than the Canon app anyway.

The Kickstarter launches today, and if you want to buy a LifePrint retail, you’ll have to wait until 2015.