Apple could add a third color option to its iPhone lineup this fall when the Cupertino company launches the iPhone 5S. According to a “trusted” source, the device will be available in gold as well as black and white, while the low-cost iPhone that will launch alongside it will be available in 5 different colors inspired by Apple’s iPhone 4 Bumper cases.

While the idea of a gold iPhone sounds terrible, and therefore highly unlikely, we have seen some gold iPhone parts surfacing from Apple’s supply chain in recent months. Back in May, a gold SIM tray surfaced alongside a number of of internal components believed to be for the iPhone 5S.

So this morning’s report from Japanese website Macokatara could well be on the money. However, the mockup they’ve produced above probably isn’t very accurate. We don’t anticipate a gold iPhone to be anywhere near as garish as that, but more like the SIM tray below. 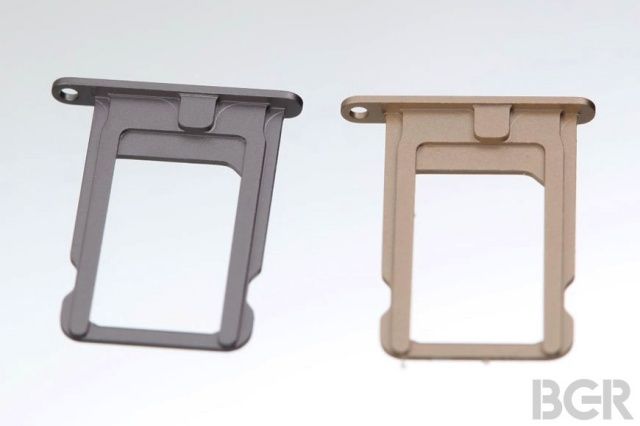 Macotakara also claims that Apple’s cheaper iPhone variant will come in black, white, pink, orange, blue, and green, inspired by Apple’s iPhone 4 Bumpers. This rumor follows a report from Reuters just this morning that said the low-cost iPhone could come in 5-6 different colors, priced at around $99.