The iPhone has quickly become the most popular camera in the world simply because it’s the camera that’s always on you. Even though the iPhone’s camera doesn’t have anywhere near the same features and tools as a DSLR, that doesn’t mean you can’t squeak out some extra performance out of your iPhone to get pictures that look like a pro shot them.

Long exposures are a basic staple of most DSLR photographers, but thanks to some awesome apps for iOS, iPhone users can join in the fun too without having to spend hundreds of dollars on gear. In this guide we’re going to teach you about all of the gear and apps you need to take long exposure photos with your iPhone. 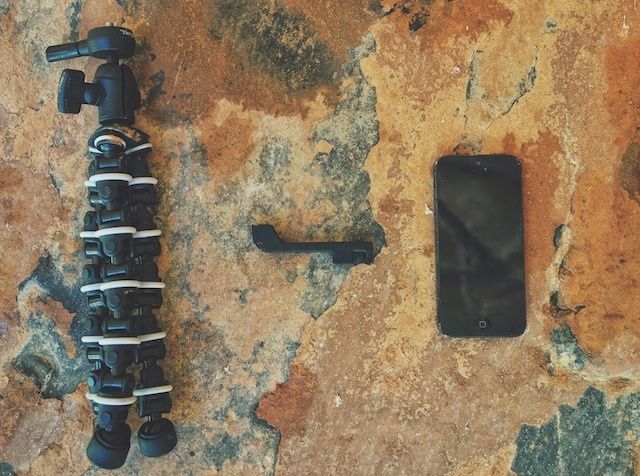 Tripod – To take good long exposure photos you’re going to need a tripod. Thankfully the iPhone is super light, so you won’t need anything heavy duty. For this guide I’m using a cheap GorillaPod knock off, but the real deal will only set you back 20 bucks, and our friends at The Wirecutter say it’s the best tiny tripod around.

Tripod Mount – Most tripods don’t come with a mount for your iPhone. The Glif tripod mount and stand is what I use regularly because it’s small, lightweight, and really quick to set up.

Average Camera Pro – This app automatically takes multiple pictures, stacks them on top of each other, and then calculates the average picture out of the results. It can be used to produce low-noise pictures in low-light situations, but it also gives photos a long-exposure look when you photograph water, fog, clouds, sunsets and more. Pick it up from the App Store for $0.99

SlowShutter – To simulare a slow shutter in a different way than AvgCamPro you can try out SlowShutter on iOS too. There are a ton of other apps that also have slow shutter features, so browse the App Store and find the one that you like best. 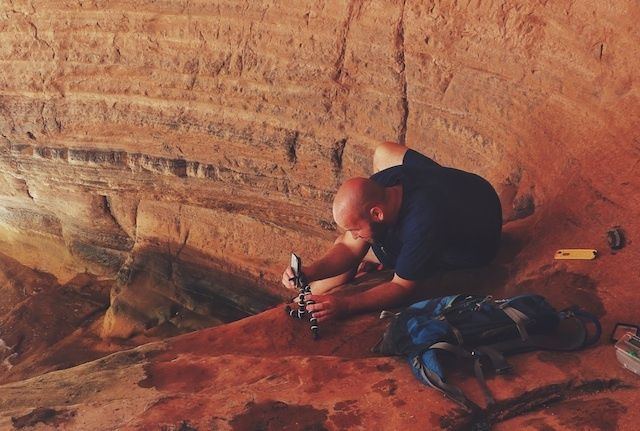 Alright, you got all the tools and the apps, now you just need to find something to shoot. Living in the desert of Arizona, waterfalls are a precious rarity, so I they’ve become one of my favorite long exposure subjects, but if you don’t have water nearby, other natural elements like fog, clouds, rain, sunsets, city nightscapes, and more make great subjects.

Because you’re using your precious iPhone, make sure to set your tripod up at a secure location. The Joby Gorillapods are great because you can wrap them around a tree, or hang it off the edge of a cliff. Try setting up your tripod at a few different locations and take some sample shots to determine the best place.

Popular Instagrammer, Cory Staudacher (aka @withhearts), told us on the CultCast that he takes dozens of photos of one scene before going back and finding his best frame. Take a ton of frames on different settings and don’t be afraid to move your tripod around to find new and exciting angles. 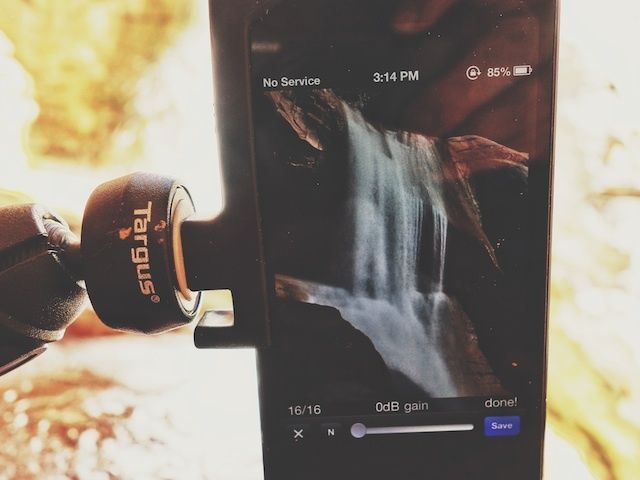 Before you head out to take pictures with your tripod, familiarize yourself with AvgCamPro, SlowShutter, and any other apps you’re going to use. While AvgCamPro combines a number of photos to create a long exposure, SlowShutter and other apps use more traditional shutter speed settings. Make sure you know all about the settings and how to change them before you head out.

The more pictures stacked on top of each other, the more “movement” you’ll see in a frame

Not only will you want to take a lot of pictures from different locations, you should also try taking photos using different incremental settings. With AvgCamPro you can start by setting the exposure to 8 pictures, but then try kicking it up to 16 pictures, 32 pictures, 64 pictures, and 128 pictures. The more pictures stacked on top of each other, the more “movement” you’ll see in a frame. With SlowShutter you’ll want to try a couple of different shutter speed settings to ensure your photo isn’t washed out with light. There’s usually a sweet spot for every scene, you just have to be willing to play around and find it.

AvgCamPro comes with a built-in timer, which is great for anyone doing selfies, but using the timer is also a good way to eliminate any vibration in your tripod that will ruin your shot. I always set my timer for 4 seconds, hit the shutter button, and then make sure the tripod is perfectly still before it starts capturing frames.

Another great feature on AvgCamPro is noise reduction. After capturing a frame you can edit the noise level directly in the app before saving a photo to your camera roll. SlowShutter on the other hand has a few settings like HDR and Light Trail that can add a lot more depth to a scene. There are also other apps like Cortex Camera which is great for taking low-light pictures at night, so which app you use really depends on your subject and lighting.

Getting The Results You Want:

As you start taking more long exposure photos you’ll learn that each app yield different results of the same scene. SlowShutter seems to capture more light in a way that makes the water really sparkles in a picture, whereas AvgCamPro makes it streak more. Just take a look at the two unedited pictures below and you’ll notice the differences immediately.

As you can see in the comparison above, you can make some huge changes to a scene just by tweaking one setting. The first AvgCamPro photo on the left makes the waterfall appear a little weak, whereas the middle picture looks cleaner. SlowShutter did the best job of capturing the mist of the waterfall, but all that mist makes the picture look noisy.

After capturing a bunch of different frames, I decided to use the AvgCamPro 128 picture to upload to Instagram. I adjusted the angle of my iPhone to capture more sky, and then edited the photo using Snapseed and AfterLight to bring out more color before posting it to Instagram.

Thanks to the myriad of easy-to-use photography apps on iOS, capturing long exposure pictures on the iPhone is probably easier than with a DSLR, but it takes practice to pull off well. You can get started for under 50 bucks, but the real challenge is putting in the time and effort to find the right app and its accompanying settings for each scene.