Following the release of Apple’s second Mountain Lion beta late last week, registered developers have been stumbling across a number of new features that weren’t present in the first beta. These include Twitter notifications, “iCloud Tabs,” and location-based reminders.

The first Mountain Lion beta brought Notification Center to the Mac. But it only had support for a number of Apple apps, such as Mail, Reminders, and Messages. With the second beta, the feature now supports the official Twitter application for Mac, with notifications for mentions and direct messages. 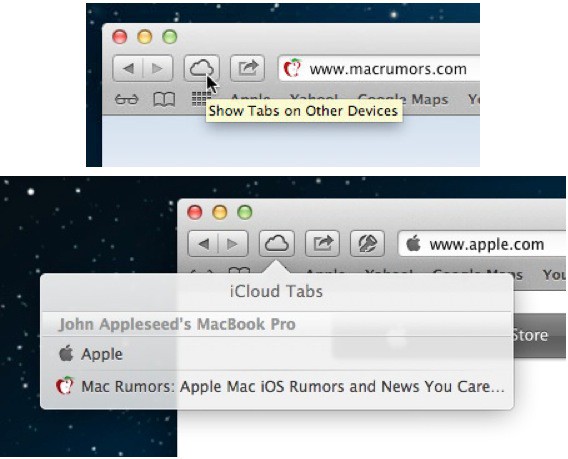 This is a really awesome feature! If you’re an iCloud users (and you should be), then the tabs you have open in Safari now sync across all of your Mac and iOS devices. For example, you can open up a webpage on your iPhone, and then automatically access it from your Mac with the new iCloud Tabs feature.

Finally, the new beta also introduces location-based reminders like those you get in iOS 5. In the first beta, you could only create reminders with a due date. Now you can have them alert you when you reach a specified location (pictured above).