Were you very good this year? Did Santa spoil you, and did you find yourself opening up a brand new Mac under the Christmas tree this morning? Congratulations, we’re jealous… but not so jealous that we aren’t eager to teach you how to get started with your new Mac, so you can enjoy it from day one.

In this handy guide, we’ll take you through initial setup; teach you some awesome tweaks that’ll enhance your OS X experience; introduce you to some of the best apps the Mac has to offer; and tell you about some great accessories that you just shouldn’t be without.

Here’s our guide to setting up your new Mac the right way. 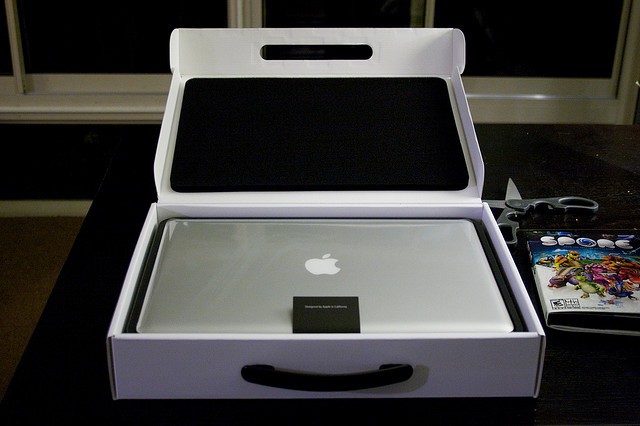 You’re not going to have too many problems setting up your Mac initially. Simply attach the power cord and any USB peripherals you may have and you’re ready to go. However, we recommend that when you originally unbox your new Mac, you make sure to take pains not to rip the original box, and don’t throw it away.

Why? If something ends up being wrong with your Mac – whether it’s defective or an incorrect model – you’re going to need its original packaging (provided you’re still within Apple’s return policy period). In addition, you should make sure to inspect your Mac for any obvious defects or damage, and also save the date so you know when your warranty will end. For more initial unboxing tips, please check out our article here.

Once you’ve connected all the power cords, Macs are pretty painless to setup, largely thanks to a program that launches when you first set it up called Setup Assistant, which guides you through the process of getting started on your new Mac.

For the most part, during the setup process, you can just follow the onscreen instructions. However, once you get to the point where Setup Assistant is asking you, “Do You Already Own A Mac?”, you may want to pause.

Essentially, what happens at this step is you get to choose whether or not you want to transfer your old data from a previous Mac to your new machine, either through Ethernet, Firewire, USB or WiFi. This might seem like a no-brainer, but there’s plenty of good reasons why you might to start as fresh as you can: in particular, complete system transfers can often slow new Macs down thanks to loads of legacy cruft. 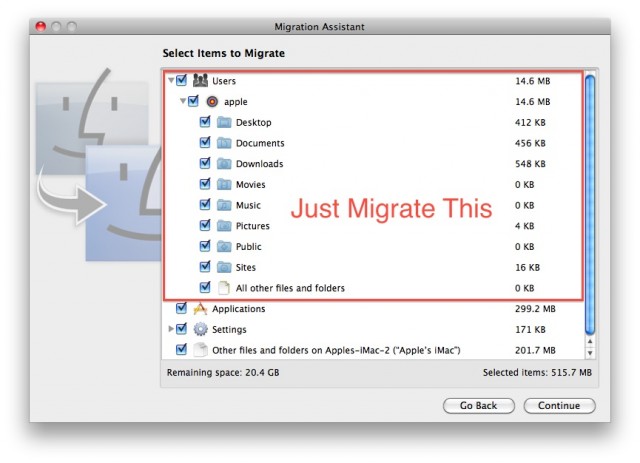 If you kept your old Mac pretty clean, it’s up to you how you want to proceed. Personally, we recommend a partial migration, in which you just migrate your “Users” folder. You’ll have to reinstall your old apps and adjust your settings again, but you aren’t likely to inherit any slow-down-causing legacy cruft, and you’ll guarantee you only have the latest versions of all software on your machine.

Either way, if you choose to migrate, try to do it over Ethernet or Firewire: USB and WiFi take a lot longer, and aren’t always as reliable.

Okay, you’re almost done. In the final step, however, you’ll learn about how scrolling now works in Lion. This can be confusing, because not only does scrolling on a new Mac work differently than on a PC, it even works differently than on previous Mac operating systems! In this final step, you’ll see how to use the new touch-based gesture system in Lion. Depending on the type of touch-based input device you have (Magic Mouse, Magic Trackpad, or integrated trackpad), you will see a description of how to scroll. Follow the instructions to scroll down through the text area, and click the Start Using Mac OS X Lion button. Don’t worry, if you hate OS X Lion’s “reverse scrolling” feature, we’ll show you how to turn it off in the next section.

Make Sure Your Software Is Up-To-Date: This is a simple one. First thing you should do when you start up your new Mac is click the Apple logo in the top left of the screen, and click on “Software Update,” which will tell you what new software is available for your system. 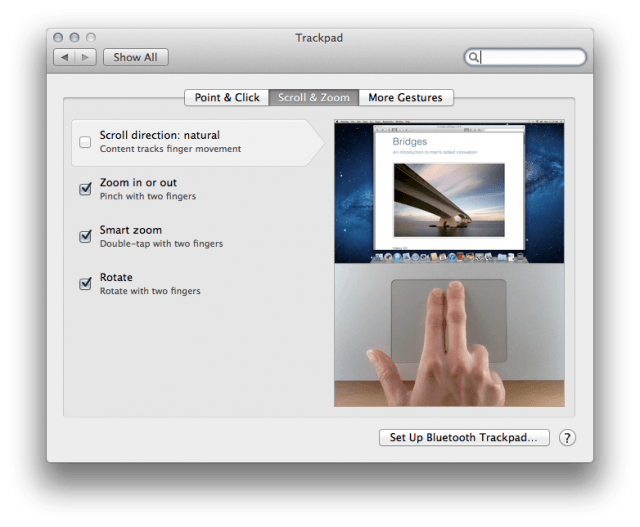 Turn Off Reverse Scrolling: It’s actually quite easy to turn off reversed, or “natural,” scrolling in Lion. All you need to do is change a simple setting in your Mac’s System Preferences.

If you’re on a MacBook or desktop machine with a Magic Trackpad or Magic Mouse, it’s as simple as going to the “Trackpad” menu of System Preferences and clicking on “Scroll & Zoom.” From that window, uncheck “Scroll direction: natural.” Reversed scrolling will be disabled.

If you’re not using a trackpad or Magic Mouse, you can disable reversed scrolling in your “Mouse” options. Uncheck “Move content in the direction of finger movement when scrolling or navigating” and you’re good to go! 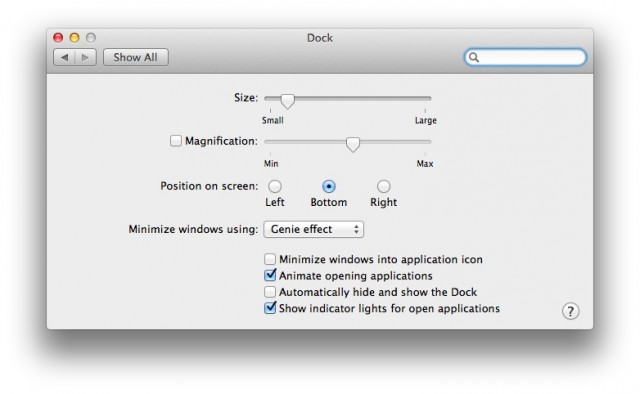 Fix The Dock In OS X Lion, by default, app icons in the dock aren’t animated, and there’s no way to tell which apps are open and which aren’t. To be able to tell at a glance which apps you have open, go to System Preferences > Dock and turn on the option for ” Show indicator lights for open applications” and check the box labeled “Animate opening applications.”

While you’re here, let’s also switch off Dock Magnification. It looks neat when you first use a Mac, but it’s unnecessary bling that tends to get annoying quick. Under Systems Preferences > Dock, untick the “Magnification” box. While you’re at it, you might also want to make the Dock as small as you can stand: a big dock takes up valuable screen pixels!

Finally, by default, OS X puts a crapload of icons in your dock, under the assumption you’ll be using it as a launcher. Personally, we prefer a dock that contains a minimum of icons, defaulting to a small handful of programs that we literally never have closed. We suggest you do the same, dragging the icons off the dock and replacing them with your most used apps. What should you use for launching apps instead? Alfred, which we’ll get to in our essential apps section below. 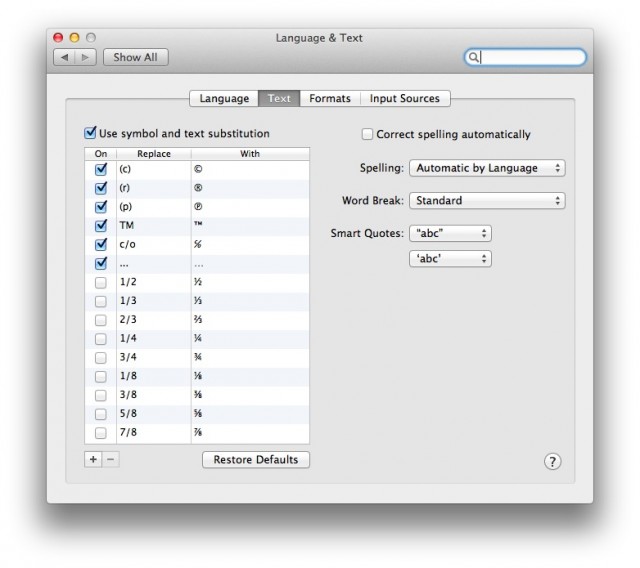 Disable Autocorrect — In Lion, OS X defaults to correcting your typos, just like in iOS. The problem? OS X isn’t really very good at figuring out what’s a typo and what isn’t, and when OS X “fixes” typos, it does it invisibly, without alerting you to the fact. Irritating. Turn it off by going to System Preferences > Language & Text > Text and untick “Correct spelling automatically” 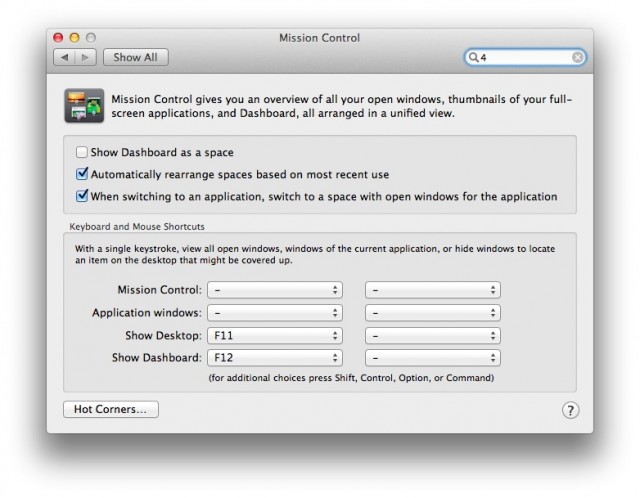 Turn Off Dashboard As A Space – By default, OS X Lion now includes Dashboard — OS X’s widget center — as a virtual space within Mission Control, which allows you to see an overview of everything that’s running on your Mac. It’s not a big deal, but it can be annoying: toggle the option off by going to System Preferences > Mission Control and unticking “Show Dashboard as a space.”

There are a multitude of apps you can use on your new Mac. We’ve done numerous features on this, but here’s our list, boiled down to bare essentials. 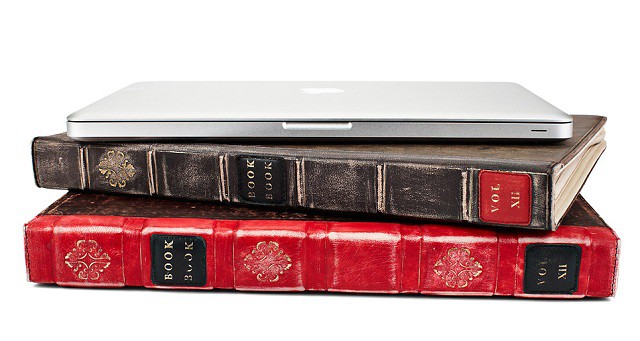 Thunderbolt Display – If you need an external display for your Mac or MacBook, this is the best one you can possibly get. No surprise, it’s made by Apple themselves, and while it’ll cost you a pretty penny, this is a display you’ll have for years, and it even operates as a Thunderbolt hub for all your other devices.

BookBook Case – We’re pretty big fans of the BookBook case case, whether it’s the version for MacBook Air, Pro, or iPad. As we once wrote, “What the BookBook Case does is make a connection with people who have a good sense of humor about things, and intuitively realize that there’s something silly about decking out a laptop like the MacBook Air to look like a prop from Gandalf the Grey’s library. Sure, the BookBook Case is cool looking, but it’s also funny. It’s an irony against pseudo-intellectuals and literary posers. It’s a joke.” We love it. 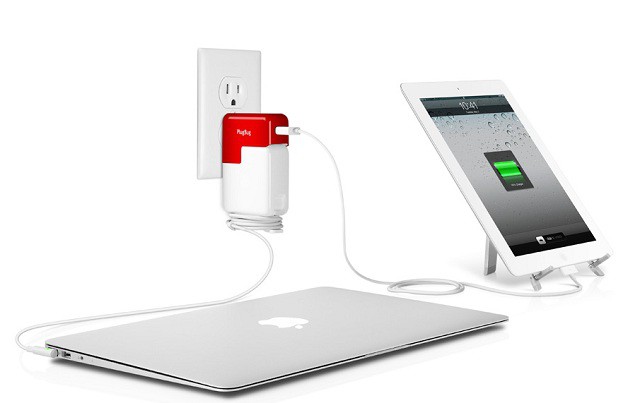 PlugBug – Seriously, what took so long for someone to come up this simple solution? The PlugBug is a totally unique, all-in-one, dual charger for MacBook + iPad or iPhone. Freeing up an extra electrical socket, the PlugBug provides enough juice to charge two of your Apple gadgets while decluttering your space. It’s a great solution for those of us that get tired of carrying around two power adapters and hate looking at the mangled mess of cables near the electrical socket.

BookArc — If you have any interest in docking your Mac laptop with an external keyboard or monitor, the BookArc is the best-of-breed solution, with a style even Jonny Ive would love. 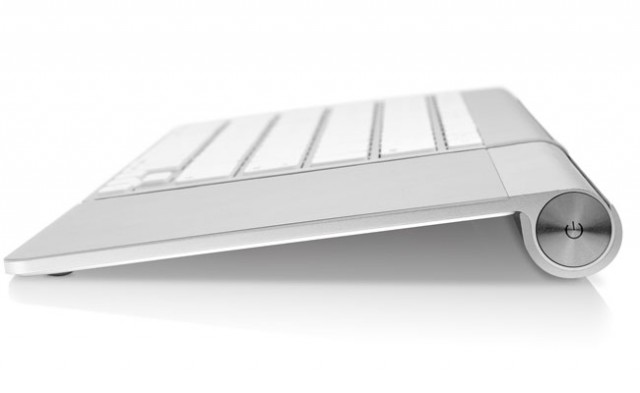 If you’re using Apple’s Bluetooth Keyboard and the Magic Trackpad with your Mac desktop or laptop, Twelvesouth’s Magic Wand will cleverly unite them into one device. How does it work? It’s a half-cylinder bracket that snaps along the battery case, tightly uniting the keyboard and trackpad when placed side-by-side in either righty or lefty configuration. Great for keeping your desktop tidy, especially for just $29.99.

That’s about it for right now! Enjoy your new Mac, and if you think we overlooked anything, feel free to leave a comment below!