They’re running through the entire playbook over at Pogoplug for a touchdown (yeah, guess I’m jonesing for the football season to start). Their latest move is the Pogoplug Mobile ($80), out today.

Apart from the $20 price drop, the new ‘Plug is smaller, goes back to the original’s single USB slot, adds an SD-card slot (yay!) and ditches the ever-present pink logo for a sky blue one — which, frankly, makes me think someone in the Pogoplug design group has spent too much time around pregnancy tests. Other than that last one the changes are welcome, though an extra USB slot wouldn’t be scowled at.

There’s a new service that automatically backs up movies and stills shot with your iDevice to the ‘Plug through the Pogoplug app, which was recently refreshed.

Cloud Engines, Pogoplug’s developer, is also taking a slightly different marketing tack, plopping them in the mobile aisle at big box electronics stores — instead of tucked away in the NAS corner — in an attempt to broaden their appeal to the less tech-savvy. The new device will ship in early October, but can already be pre-ordered through the Pogoplug site. 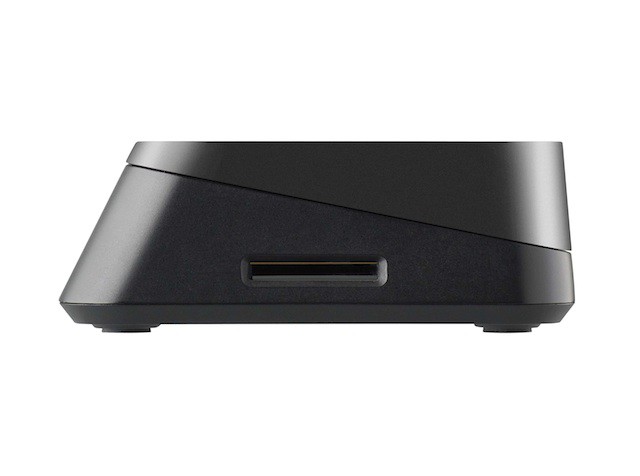