GT Advanced Technologies, the company that was supposed to make sapphire screens for the iPhone early this decade, has been charged with misleading investors by the SEC.

The SEC’s investigation found that GT and its CEO violated antifraud provisions of the federal securities laws as part of its deal to supply Apple with sapphire. After failing to meet certain performance requirements, GT caused “significant investor harm” by reclassifying over $300 million in debt to Apple. Sadly, the company’s punishment is pretty much just a slap on the wrist.

END_OF_DOCUMENT_TOKEN_TO_BE_REPLACED

Despite seemingly dropping plans for a sapphire display for the iPhone, Apple continues to be haunted by its brief venture into manufacturing using the material.

In addition to Apple’s sapphire supplier GT Advanced Technologies going bankrupt several years back, this week Apple was handed a lawsuit by manufacturer Hebei Hengbo Fine Ceramic Material. The company claims to have fallen out with Apple over terms for a contract involving high purity alumina melt stock, a material used as part of the sapphire process.

END_OF_DOCUMENT_TOKEN_TO_BE_REPLACED

Apple says it has no plans to manufacture high-tech servers in the USA, despite a recent report claiming the iPhone-maker applied for permission to do “high-tech manufacturing” at its site in Mesa, Arizona.

The Mesa center was previously the home of Apple’s ex-sapphire supplier that went bankrupt in 2014. Instead of seeking permission to manufacture on the site, Apple clarified that it is actually just applying to renew the original Foreign Trade-Zone status of the location that brings some big tax benefits.

END_OF_DOCUMENT_TOKEN_TO_BE_REPLACED

We may not yet have sapphire glass on our iPhone screens, but Apple has been claiming to use the ultra-hard material for its iPhone camera lens since 2013’s iPhone 5s.

However, those claims are being called into question by a new durability test carried out by YouTuber JerryRigEverything, who compares the hardness of the iPhone 7 camera lens with the sapphire display of a Tissot sapphire watch — and finds that the iPhone camera lens scratches far more easily.

Check the video out below.

END_OF_DOCUMENT_TOKEN_TO_BE_REPLACED

Apple has had its problems with sapphire manufacturers before, but not with its latest supplier, which not only stands as the largest sapphire manufacturer in the world and one of the few that are showing any kind of operating profit — but also just churned out the world’s first 300lb synthetic sapphire crystal.

END_OF_DOCUMENT_TOKEN_TO_BE_REPLACED

It would be easy to think that Apple’s sapphire iPhone dreams went down the pan when GT Advanced Technologies went bust, but Apple’s nothing if not persistent.

Today, the U.S. Patent and Trademark Office published a patent application from Apple describing a new method for manufacturing sapphire displays by irradiating the sapphire crystal and then using a laser and “second gas medium” to slice it into the super-thin sheets Apple requires.

END_OF_DOCUMENT_TOKEN_TO_BE_REPLACED

A fire of unknown origin broke out today in Apple’s command center in Mesa, Arizona.

A Mesa fire spokesperson said the flames seemed to be localized to the roof of the building, near Signal Butte Road and Elliot Road.

END_OF_DOCUMENT_TOKEN_TO_BE_REPLACED

Apple will consume 18 percent of global sapphire ingot output making the displays for the Apple Watch, according to a new report coming out of China’s supply chain. This adds up to a whopping 30.8 million millimetres of two-inch (diameter) sapphire ingots in total.

We get slammed 24/7 with new Apple rumors. Some are accurate, most are not. To give you a clue about what’s really coming out of Cupertino in the future, we’re busting out our rumor debunker each week to blow up the nonsense.

We've coming out of our winter hibernation to an avalanche of new iPhone 6S rumors claiming Apple's next smartphone will have the biggest camera upgrade ever. There's also whispers of a 12-inch MacBook Air on the horizon, and a possible ARM-powered Mac in the next year.

Step up to the crystal ball and find out which of these rumors is most likely to come true in 2015.

The Rumor: Your iMacs and MacBooks will be powered by ARM processors in 1 - 2 years/

The Verdict Not likely to happen yet. Ming Chi Kuo, aka “the world’s most accurate Apple analyst” has been wrong a time or two, and I think this is time he’s way off. Ditching Intel chips has been rumored forever. It still doesn’t make sense, as Apple would be sacrificing a lot of processing power for modest battery gains. It could happen in the next five years, but Kuo’s prediction that we’ll see an ARM powered MacBook in the next year sounds too soon to be true.

The iPhone no longer has the best smartphone camera.

The Rumor: GoPro is in trouble after Apple won a patent on its own wearable camera system.

The Verdict Apple is not making a wearable camera. Not because it couldn’t make a kickass wearable camera that’s even better than GoPro, but because there’s just not enough money in the wearable cameras market. If Apple can’t sell tens of millions of units of a product every quarter there’s no point in making it. GoPro investors can rest easy for another year.

The Rumor: Your next iPhone could sport a hidden gaming joystick behind the home button.

The Verdict Probably not going to happen. There are so many more parts that could break and need repair if Apple moved to a spring loaded joystick/home button. We still haven’t seen any iPhone gaming cases take off, and this is certainly an intriguing idea, but this patent is mostly likely a glimpse into an alternative Apple universe we’ll never see.

The Rumor: Apple already lined up a new a sapphire supplier.

The Verdict Too early to tell. Ever since GTAT went belly up Apple’s been hunting for a new sapphire supplier. Previous rumors have claimed Foxconn will step in, while a recent Wall Street Journal report points to Apple supplier Desay as the possible GTAT replacement. The company already makes sapphire displays for its smartphones. Maybe the S in iPhone 6S will stand for “sapphire.”

The Rumor: 2GB of RAM will be the new standard on the iPhone 6S.

The Verdict The odds of the iPhone 6S getting 2GB of RAM is incredibly likely. We’re not expecting a design overall on the 6S, but there should be plenty of big internal upgrades. The iPhone 6 only has 1GB of RAM. Doubling it will certainly make it wicked fast, and all those new Metal-coded games will look better than ever.

The Rumor: Future iPhones are set to get OLED displays.

The Verdict Count on it, but not until 2016. Foxconn is reportedly dedicating an entire factory to pumping out OLED displays for iPhones and Apple wearables. Mass production probably won’t start until 2016, which will come just in time for Apple to swap out the iPhone 6s’ LCD display with a thinner, brighter OLED beauty.

The Rumor: Apple’s redesign of the MacBook Air will pare it down to a 12-inch screen with just one port: USB Type C.

The Verdict The entire 12-inch MacBook Air Stealth scoop by Mark Gurman sounds almost too unreal. I’ll just say, I’ve also heard from one of his incredibly well placed sources, that it is going to happen. 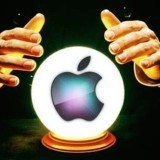 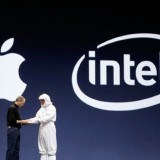 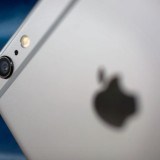 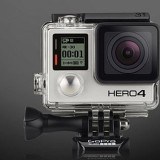 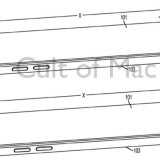 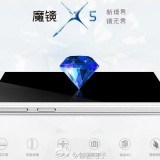 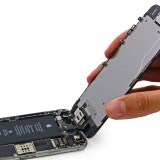 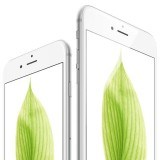 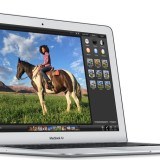 GT Advanced Technologies’ attempts to make sapphire iPhone screens for Apple may have ended in disaster, but that’s not stopping GT senior execs from asking for millions to be paid out in bonuses.

Because the company filed for bankruptcy protection back in October, any bonus program needs to have the signature of a judge in order to be legally binding. GT is requesting a hearing in January, although it admits there is likely to be opposition.

The bonus program would cover 9 unidentified senior executives, and could add up to $2.275 million if all the necessary targets are hit. A second bonus proposal would pay a total of $1.4 million to an additional 28 people.