Grab your iPhone, if you’re not holding it already. Then open the Photos app, go to the Albums tab, and scroll down. On iOS 12, you’ll see a list showing pretty much every kind of photo you have: Live Photos, Panoramas, screenshots, and a lot more. This is powerful stuff, so let’s check it out

Many of these have been available in previous versions of iOS, but in iOS 12, they’re all in a handy list. That makes it easy to find them — previously many of these categories showed up as regular albums, mixed in with your own albums.

One of the most useful for me is Screenshots. Tap it and see all the screenshots you’ve taken, not only on your current device, but on any iPads and iPhones you own now, or have previously used. There are apps in the App Store which are designed to the exact same thing. Now it’s built into the Photos app. 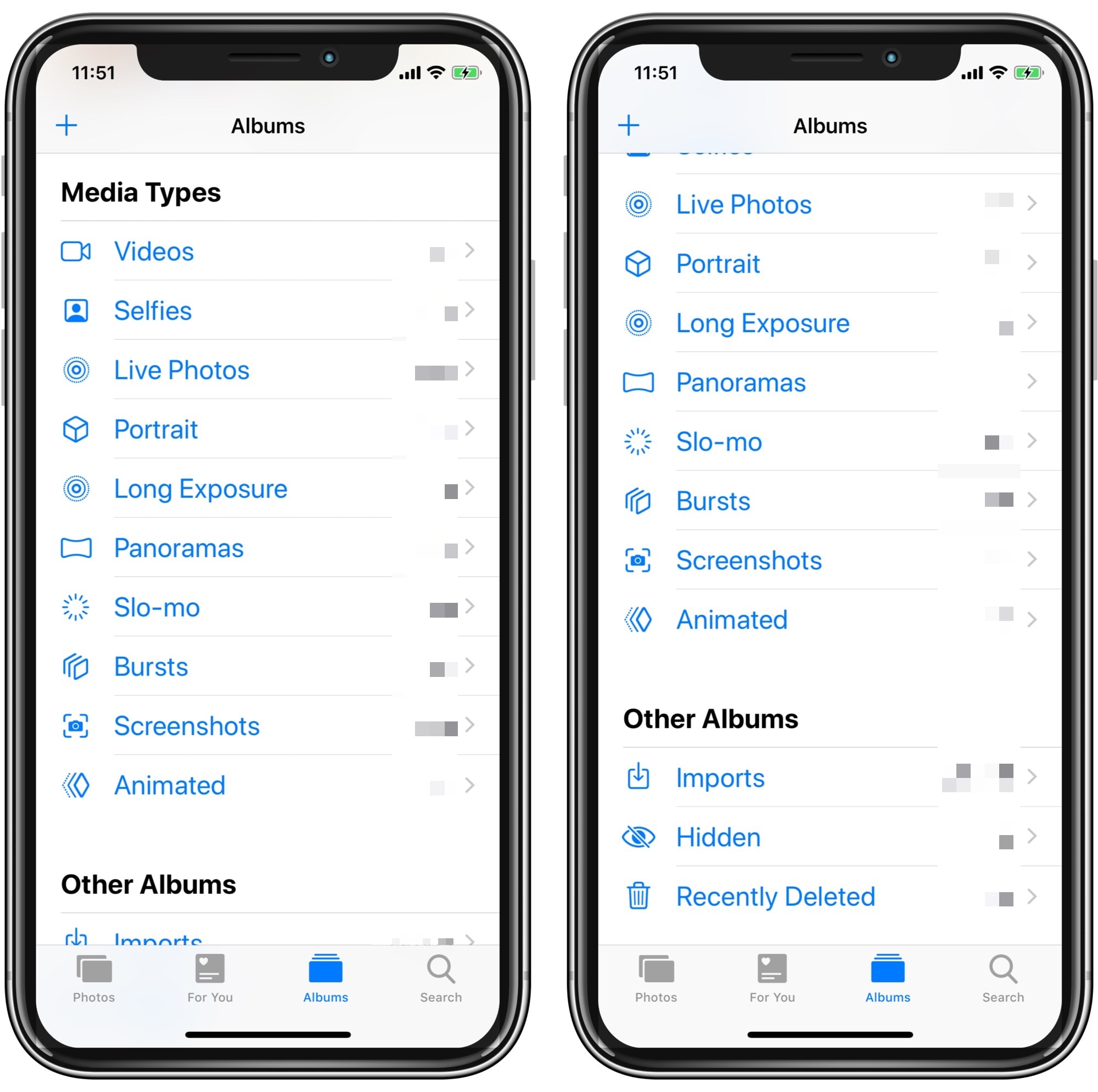 Animated is another handy category. It shows not only the Live Photos that you’ve chosen to loop, but also any GIFs that you have saved on your Camera Roll. Tap any of the pictures in this album to see them move.

Whenever you delete a photo or video, it ends up here. Then, a 30-day countdown begins, after which those photos and videos are finally obliterated. This means that you have 30 days to rescue any accidentally-deleted pics. And if you really want an embarrassing photo gone right this minute, you can tap it and choose Delete from the on-screen options. Recovery works the same way, and will put a photo back to wherever it was before you deleted it.

The rest of these smart albums are pretty self explanatory. I like the Portrait album, which gathers together all photos taken in Portrait Mode, making it easy to pick out the ones I want to edit.

I find myself using these smart albums more and more, as I get into the habit. Take a look at the available options. You might find them useful.