When it comes to fashion, it’s hard to beat basic black. However, sometimes you want a little something extra — a design that adds subtle interest without going over the top. The Clessant Black Barenia Apple Watch band does the trick, thanks to fine off-white stitching that looks almost like racing stripes.

The delicate accent stitching looks great, but there’s more to this Apple Watch band than meets the eye. Clessant uses prized Barenia leather from the Haas Tannery in France.

The vegetable-tanned leather, used in high-end bags by Hermès and other fashion powerhouses, gives the Clessant Barenia band a luxurious feel.

It’s lightweight and silky-smooth, yet maintains its shape beautifully even after months of wear. It weighs just 6 ounces (just 50 percent more than Apple’s own woven nylon band, the gold standard for durable summer-weight straps).

During a recent Italian vacation, I packed a woven nylon band as a backup for those sweaty, sun- and spritz-drenched afternoons. But I never felt the need to change out the Barenia band — it works as a dressy option, but looks fine for casual situations, too.

When it comes to Apple Watch bands — especially third-party straps, which can be hit-and-miss — the two main things you need to watch out for are the quality of the leather and the durability of the hardware. 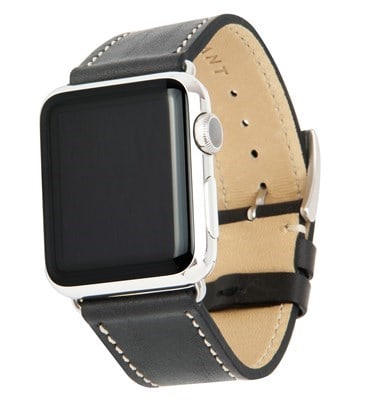 Quality leather makes all the difference when it comes to the look and feel of an Apple Watch band. You’ll pay a little extra for great leather, but it won’t crack or warp like cheaper materials can.

About those lugs … The hardware any Apple Watch band-maker uses proves almost as critical as the leather they employ. Some vendors cheap out, using off-brand hardware that just can’t compare to Apple’s own.

Clessant uses rock-solid lugs that don’t allow any of the annoying wiggling that you might be woefully familiar with if you’ve ever bought a bargain-basement band from a no-name retailer on Amazon.

Clessant’s thin, sturdy buckles work well, too. The small logo on the buckle might turn off some people, but honestly it’s hard to see. It almost looks like a design feature that adds texture rather than a tiny company name and logotype.

If you’re looking to add a not-so-basic black strap to your Apple Watch collection, this one’s a winner. 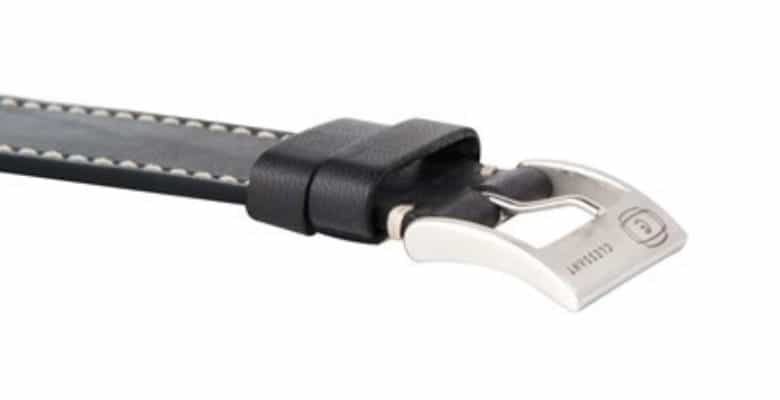 Clessant provided Cult of Mac with a review unit for this article. See Cult of Mac’s reviews policy and check out more stuff we recommend in our Best List reviews.