The 2017 iPhone is expected to be the most futuristic device Apple’s ever made, but concept artist Martin Hajek shows that dipping into the past could be a gorgeous decision.

Taking inspiration from the original iPhone, Hajek’s retro iPhone concept recalls the curvy aluminum back of the first iPhone and gives it fresh look up front, with a huge screen with barely any bezels. 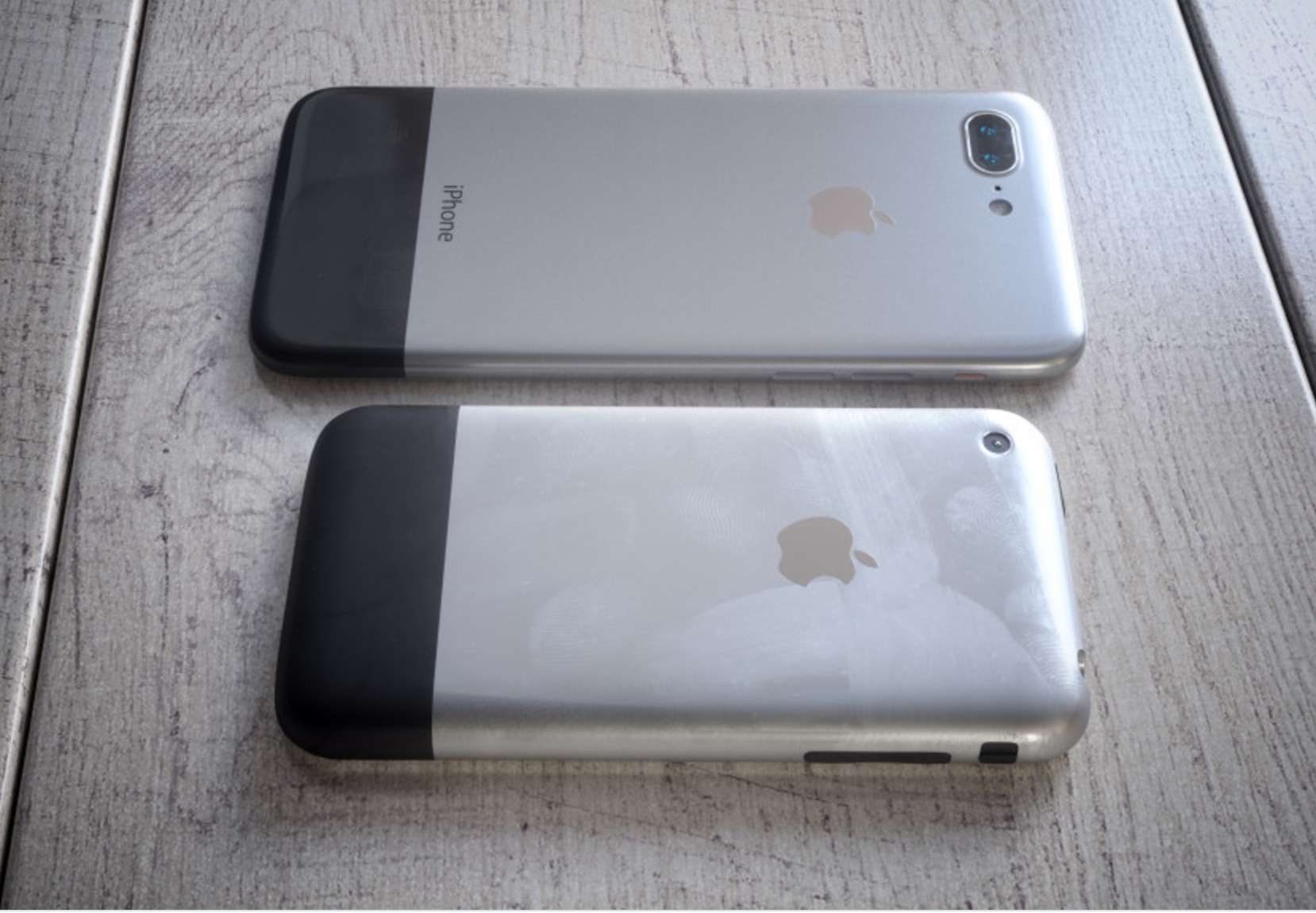 Instead of using antenna bands on the case like the iPhone 7, Hajek’s “iPhone X” concept brings back the old black antenna at the bottom of the phone. If you hate the two-tone look, Hajek also dreamed up what it would like in solid black, gold and rose gold.

Other changes include making the rear-facing camera flush with the shell. The physical Home button disappears in favor of an embedded Touch ID sensor. And the selfie camera gets squeezed into a tiny little bezel at the top of the device.

Rumors claim the 2017 iPhone may feature 3D sensors, wireless charging and an all-glass body with a stainless steel band sandwiched between the front and rear shells.

It’s still anyone’s guess what Apple will call the 2017 iPhone. Because this will be the 10th anniversary of the device, some fans suspect Apple will skip the iPhone 7s or iPhone 8 name and go with iPhone X, iPhone Edition or iPhone Pro.

Fans still have a lot of waiting to do before the real 2017 iPhone shows its face, though. Apple isn’t expected to announce the device until this fall.