In a perfect world, the next Mac Pro would be better, smarter, faster… and also bigger. 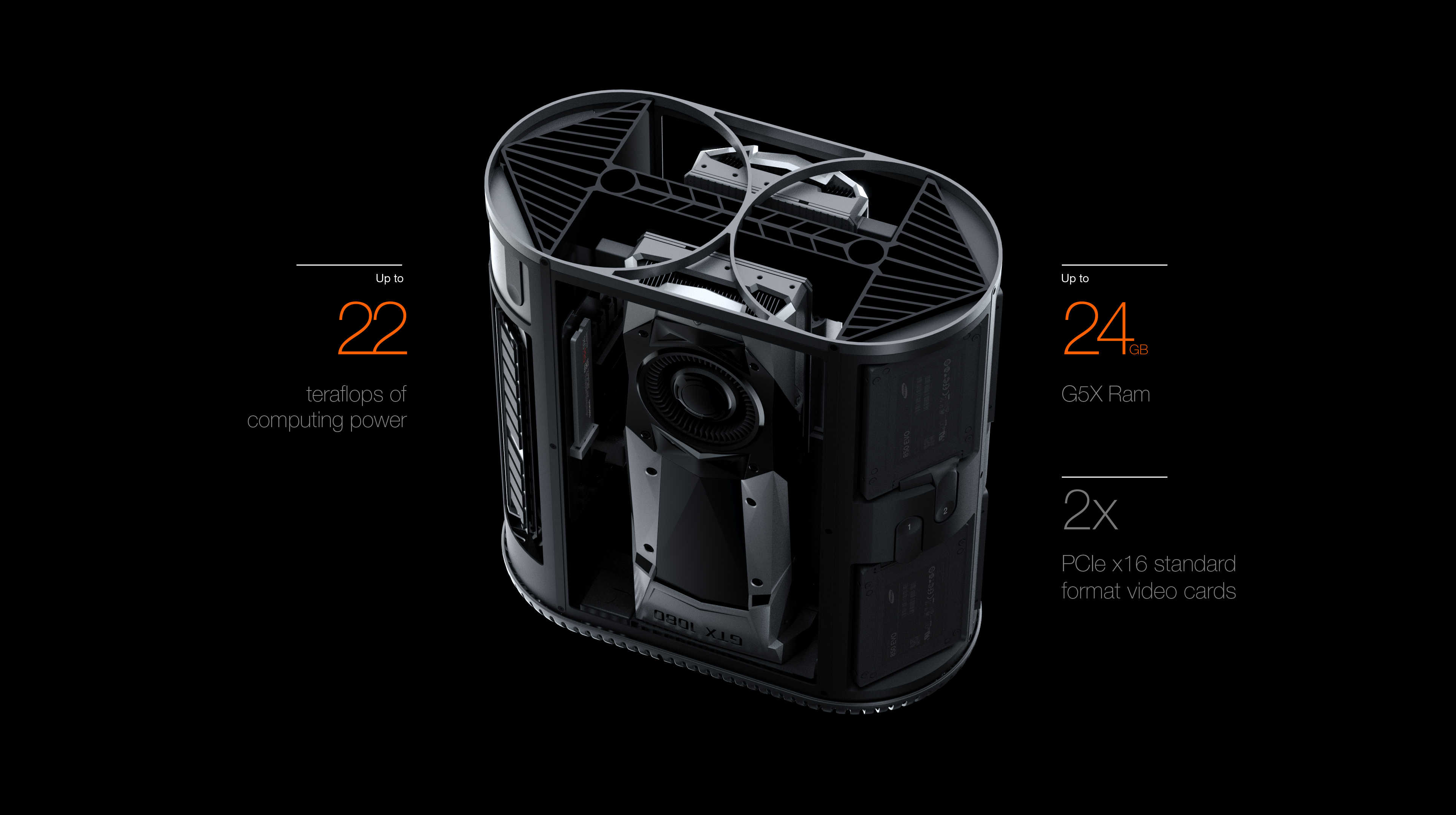 “At it’s core this is really just a very quick asset I made to try out new render software, but I also wanted to find out just how big or ugly a Mac Pro would have to be to fit standard components,” Eggert told Cult of Mac. “So I just threw it all together in 3D software and the smallest reasonable fit was 150 x 2 70x 330 mm. Obviously this isn’t entirely thought through — for example, I forgot to turn the video cards the right way for the airflow — but in a way this shows that the Mac Pro could still look decent while also being a product pro users would actually consider buying.” 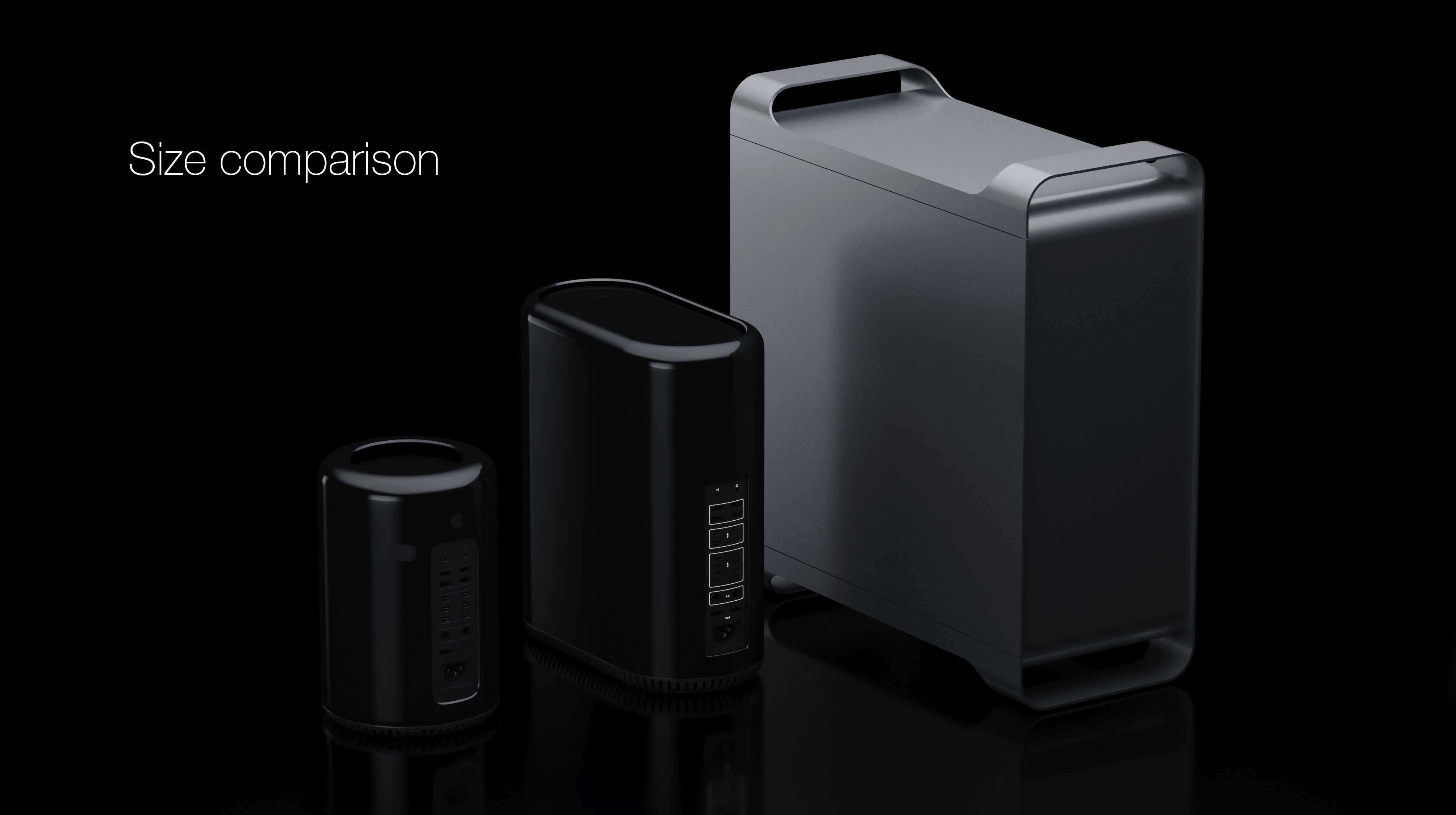 “I also tried to bring back some of that G5 case charm with the quick-release buttons for everything, because whats the point of being able to quickly access the internals if you still need a screwdriver to remove anything besides the RAM?” he continued. “Since I’ve been an Apple fan for a long time, I think every desktop Mac should have a friendly handle.”

Apple’s current ambivalence about the Mac, and particularly its pro-level users, means that we haven’t had an upgrade to the Mac Pro since 2013.

While the 2013 model is still a nice piece of kit, the Mac Pro was arguably outdated from the day it arrived, since Apple made the decision to use mobile GPUs, rather than proper desktop GPUs. In addition, the company employed its regular philosophy of not making them upgradeable — which is an issue for a computer that starts at $3,000.

So will any of his suggested changes likely come to pass in the next generation model when (and, possibly, if) it arrives? It would be nice to think so, but Eggert isn’t optimistic.

“Based on my experience, the next Mac Pro will be available in rose gold, the case will be glued on and it will feature 4 TB3 ports and nothing else,” he joked.

Would you buy this upgraded Mac Pro? Leave your comments below. 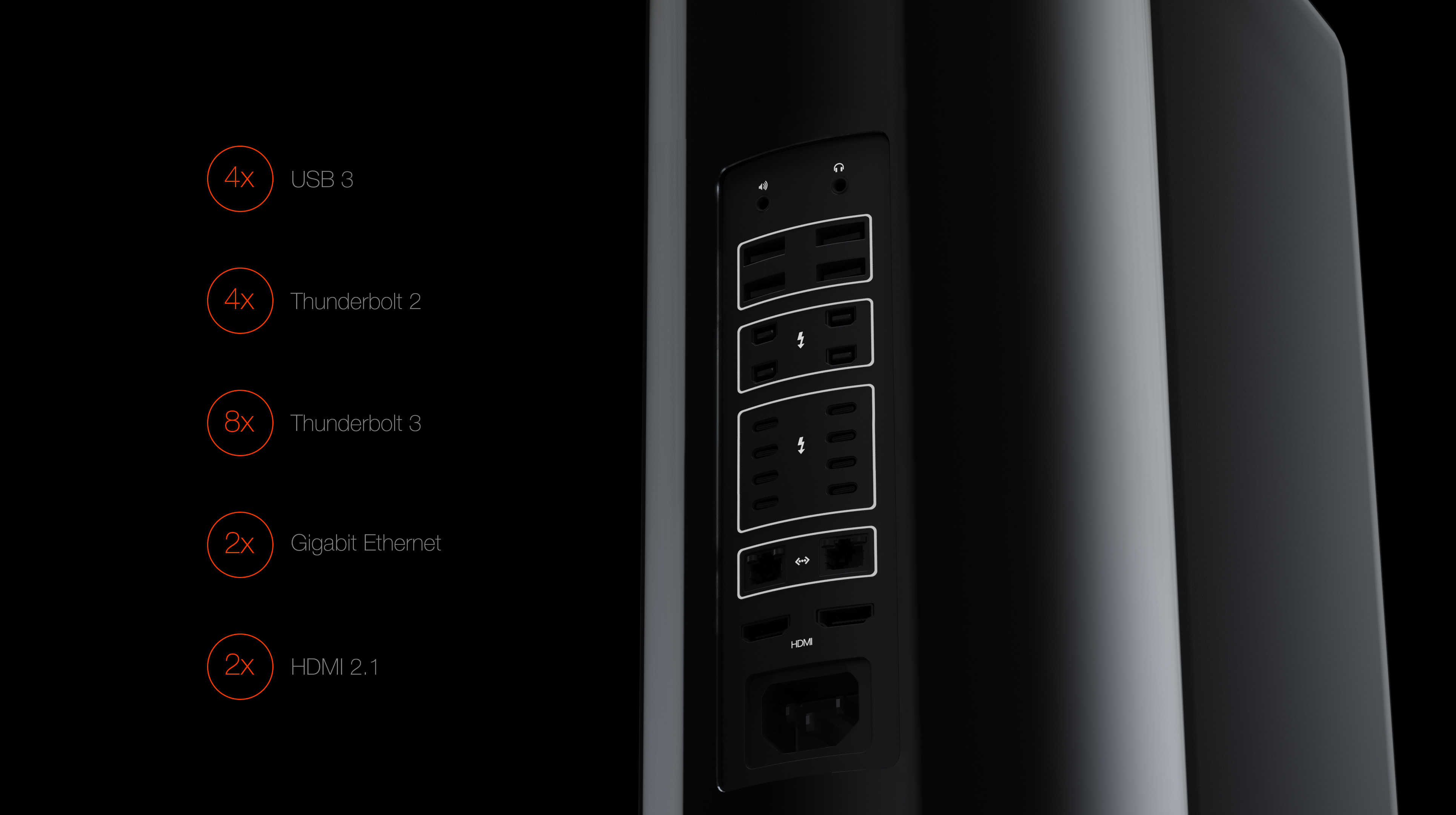