Tim Cook called iOS 10 “the mother of all releases” during today’s keynote in San Francisco, but Apple doesn’t plan to share iOS 10’s greatness with all the devices that are currently running iOS 9.

Apple made iOS 9 supported on more devices than ever last year by pushing it to all iPhones and iPads running iOS 8. This year though it appears that some users will be left out of the update, including iPhone 4s owners.

Here’s which devices will be compatible with iOS 10: 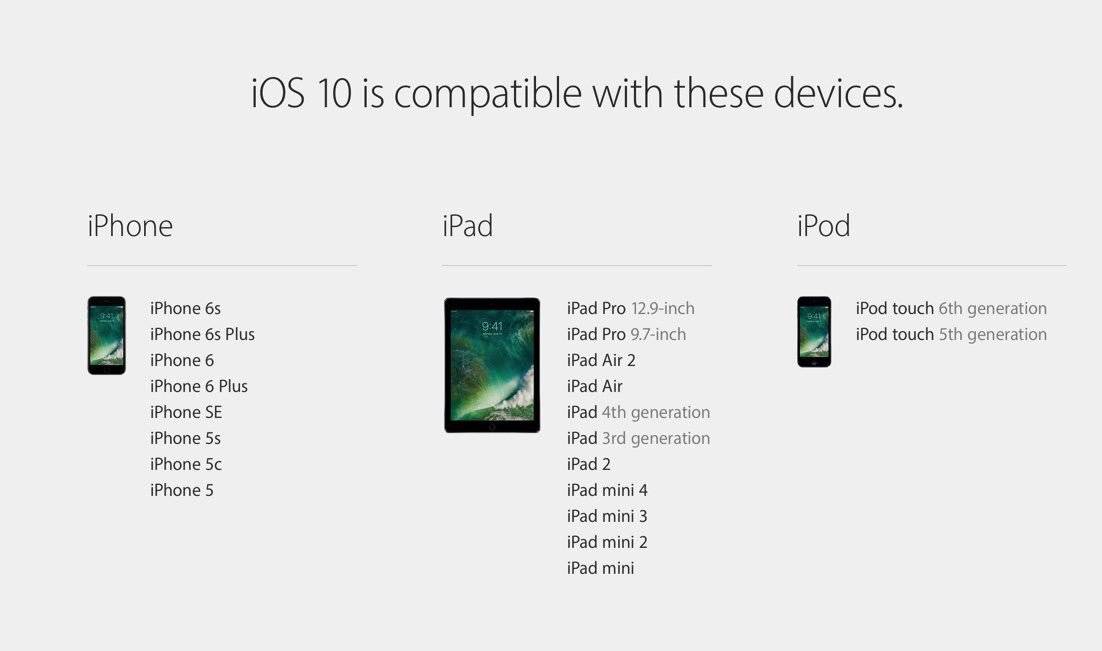