The iPad Air 3 is poised to be the biggest upgrade the iPad lineup has ever seen, but all those new features might come with a price of extra thickness.

An alleged schematic of the iPad Air 3 has been leaked that shows the upcoming device’s exact dimensions. The schematic also appears to confirm that the iPad Air 3 will use the Smart Connector found on the iPad Pro. 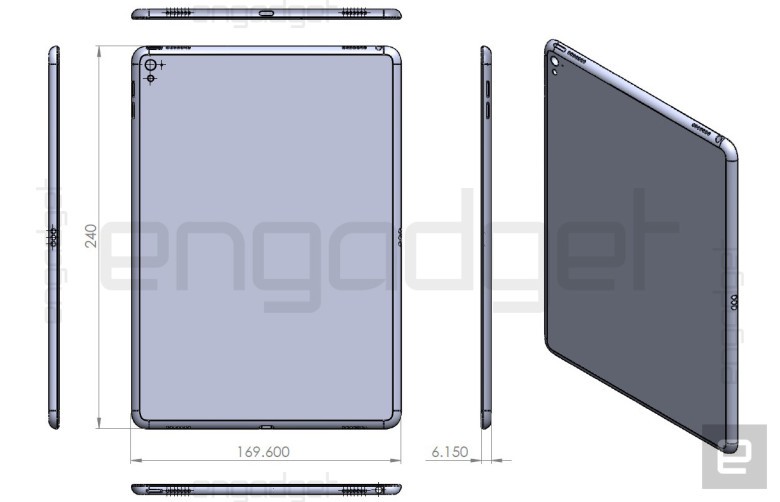 This isn’t the first time we’ve seen an alleged iPar Air 3 schematic this year. However, this one, which was provided to Engadget, contains more detail and measurements that weren’t seen on the drawing that surfaced last week.

If the schematic is accurate, the iPad Air 3 will be just 0.05 mm thicker and 0.1 mm wider than the iPad Air 2. That doesn’t sound like much, but it probably means your favorite iPad Air 2 case wouldn’t work on the new device — especially if Apple adds a Smart Connector.

Other new additions supposedly will include a rear flash and four-speaker audio similar to that found on the iPad Pro. Rumors have suggested that the iPad Air 3 could also gain Apple Pencil support, with a new display with a higher refresh rate.

Apple is supposedly planning to unveil the iPad Air 3 at an event in March that will also include a new 4-inch iPhone, dubbed the “iPhone 5se,” along with some new Apple Watch hardware and some major software updates.