The future of computing may be sitting on your wrist, but it’s still tethered to something a little old-fashioned. But as of Monday, the Apple Watch’s new operating system allows it to cut a few of the cords that connect it to the iPhone.

If you weren’t convinced you needed an Apple Watch, you may want to mull over what the upgrade does for the wearable. Users can now dictate replies to emails and ask Siri for the deets on public transportation in large cities. A new Time Travel feature lets you see upcoming calendar items and changing weather conditions, and a new Nightstand Mode lets you use the Apple Watch as an alarm (and snag a few extra minutes of snooze time with a tap of the Digital Crown).

But perhaps the most exciting feature for Apple fans is that native apps give the Watch greater independence. Cult of Mac took a look at a list of third-party apps that were ready to download with Monday’s watchOS 2 upgrade.

We picked 10 that look interesting, but if you don’t see something that suits you, keep in mind there will be a steady stream of native watch apps flowing to the App Store in the weeks and months ahead. Many of the apps include “complications,” a nugget of information like a step counter or calorie burner that appears in a corner of the Apple Watch face. 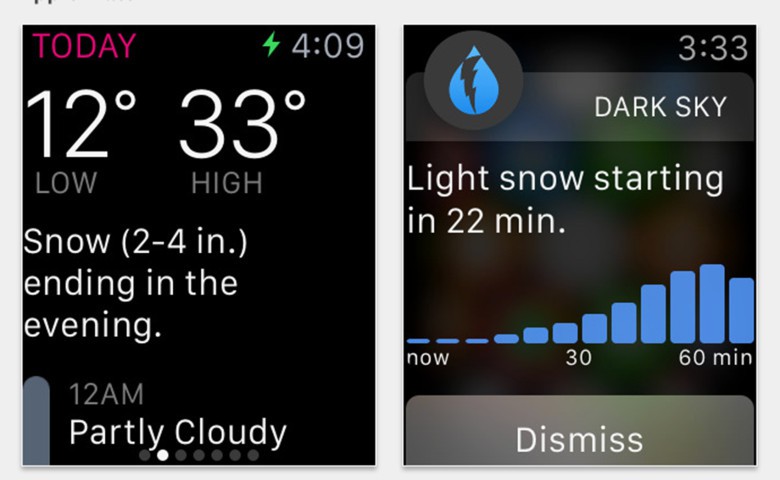 Personally fire your local meteorologist with this award-winning, hyperlocal weather app. Dark Sky lets you know when it will rain or snow up to an hour in advance with the kind of visuals that would delight any weather geek. Early reviews report the app runs faster after the watchOS 2 update.
Killer feature: Current conditions and custom alerts can be set to appear in a corner of the watch face. Download: $3.99 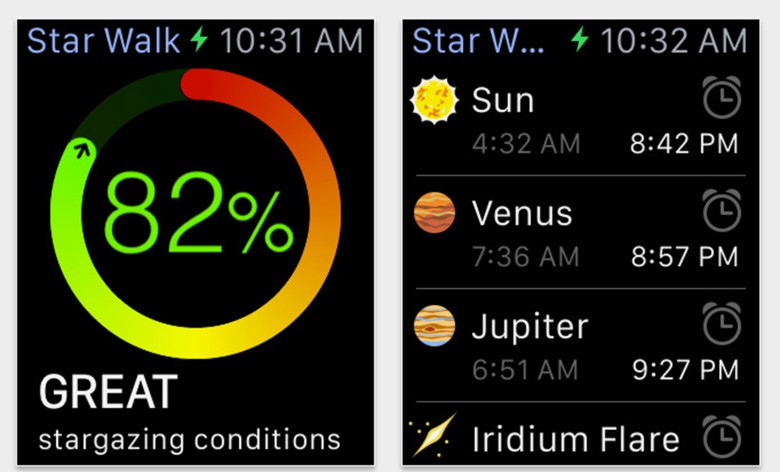 Stargazing has never been so simple with this app, now used by more than 10 million people around the world. Winner of an Apple Design Award, Star Walk tracks the exact position of stars, planets, constellations.
Killer feature: Complication for watch face can let you know whether the site skies will be suitable for star gazing. Download: $2.99 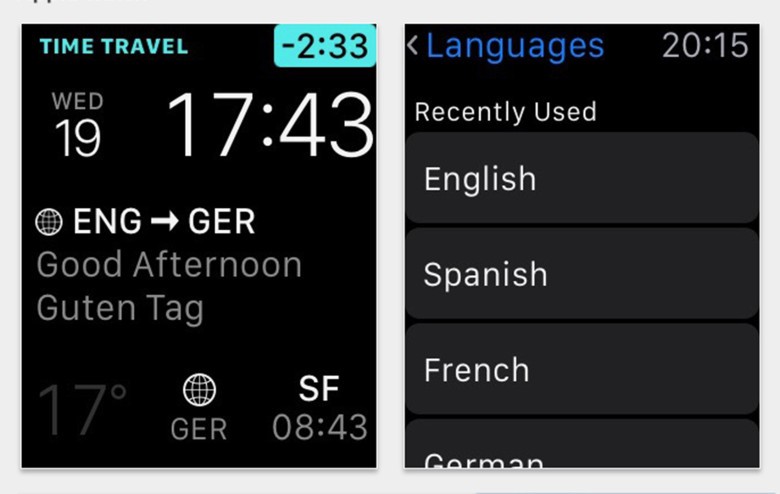 Great for the traveler who needs to break down language barriers on the go. iTranslate has built-in voice recognition technology to instantly translate words, phrases and text from 90 languages.
Killer feature: You can playback the translation through the watch speaker without pulling out your phone. Download: Free 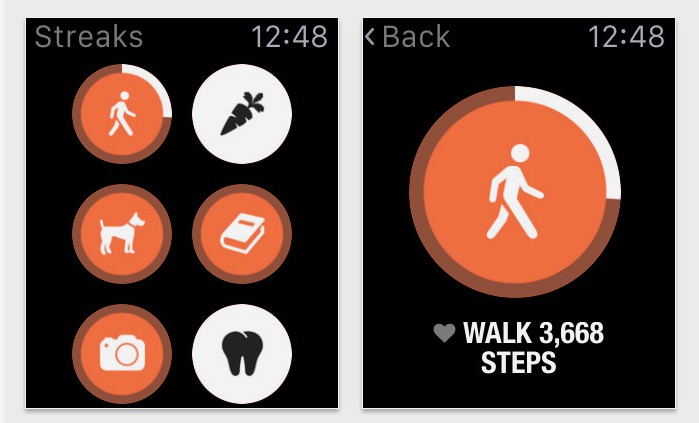 Goal oriented? Evaluate yourself with data by tracking up to six tasks with the goal of building up a streak. Icons and colors will help motivate you as your try to building up a consecutive stays streak. Great for work goals or fitness, Streaks lets you view both current and best streaks.
Killer feature: Complications lets you program the progress of your goals in a corner of the watch face. Download: $3.99

App in the Air 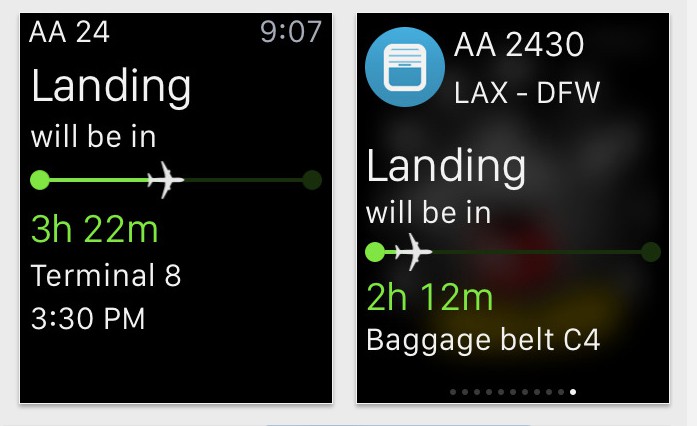 While it might remind you just how much of your life is spent in airports and on planes, App in the Air lets you manage that part of your life. It keeps you up to date on flight departures and arrivals, provides in-airport navigation and keeps you apprised of security gate wait times. Flight info can appear on screen with programmable complication.
Killer feature:While in the air, use the app to take courses and pull up information about landmarks you are flying over. Download: Free 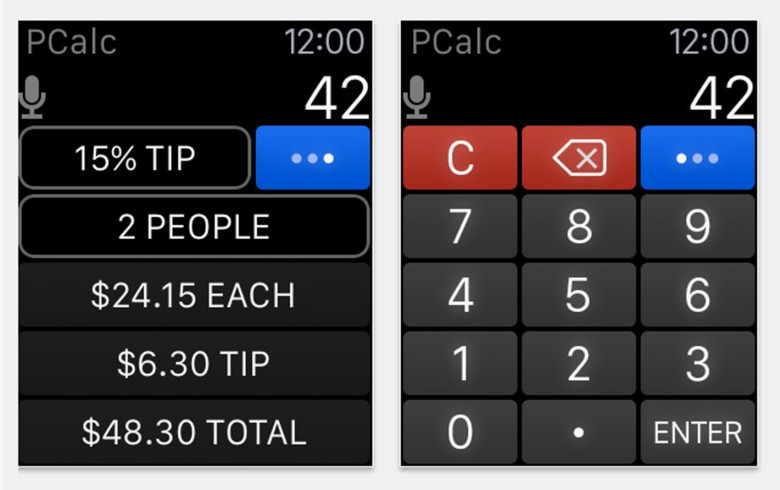 This popular app for the iPhone provides a feature-rich calculator for students, scientists and engineers with support for hexadecimal, octal and binary calculations. In watch form, PCalc has customizable displays depending on the your math demands.
Killer feature: Tip calculator makes use of the digital crown for setting inputs. The readout will show the split, tip and total all at once. Download: $9.99 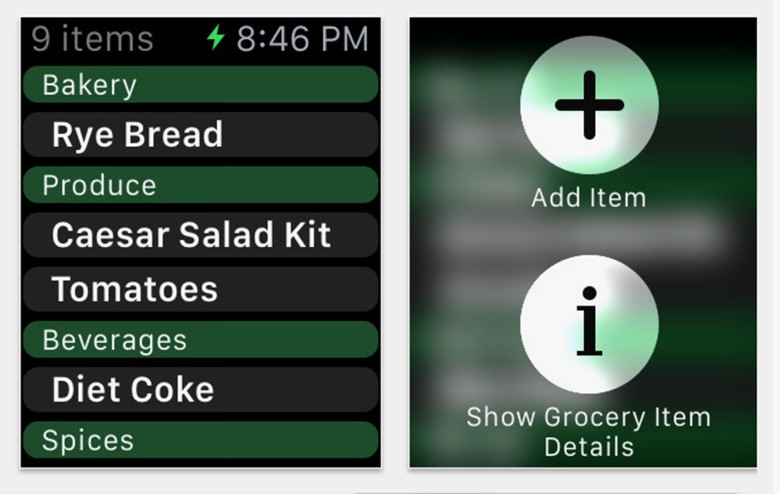 This mean and grocery planner app is useful on all devices. Do your own research and compile detailed calendars on your computer with MealPlan but store information like grocery lists and recipe information on your watch. The lack of sexy from what amounts to a list app is easily forgotten by its usefulness.
Killer feature: Dictate to Siri additional items for your next shopping trip. Download: $3.99 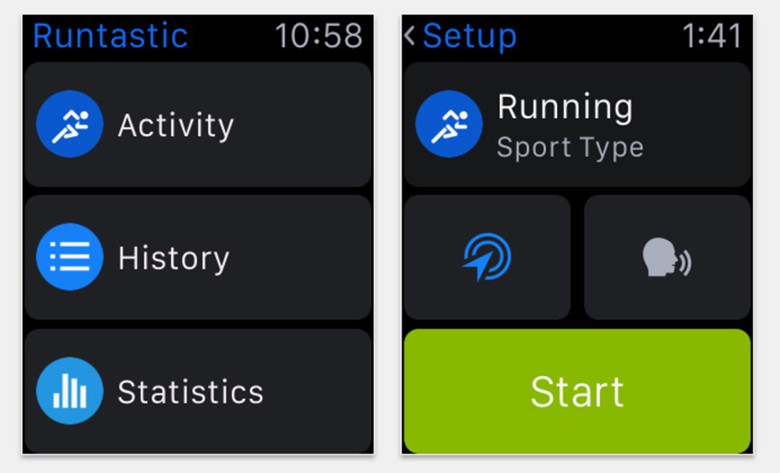 Tap your watch at the beginning of your run and view your activity in real time. Access tracking controls, music and vital statistics without pulling out your phone. Save each run to the Runtastic website.
Killer feature: Share your success immediately to Facebook or Twitter from the watch. Download: $4.99 per month with in-app purchases 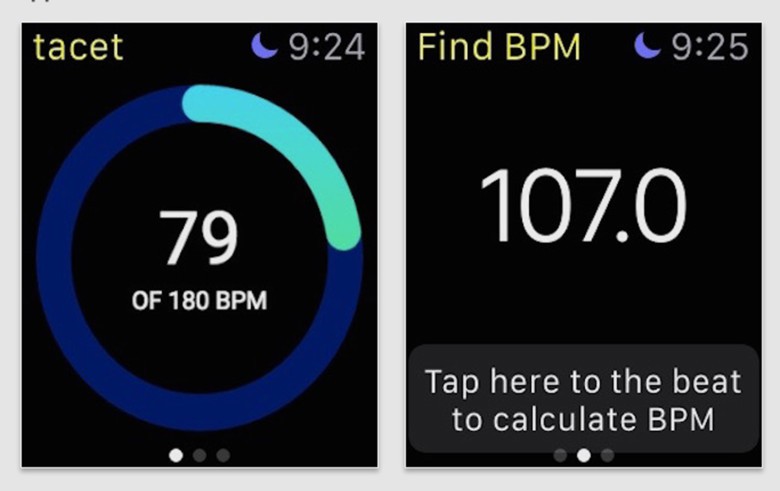 Musicians can put a metronome right on the face of the watch with tacet. Also includes a beats per minute calculator and reference guide to tempos.
Killer feature: Metronomes produce a clicking sounds from a pendulum to set a tempo but on the watch it is silent. The Apple Watch will vibrate to indicate tempo. Download: Free 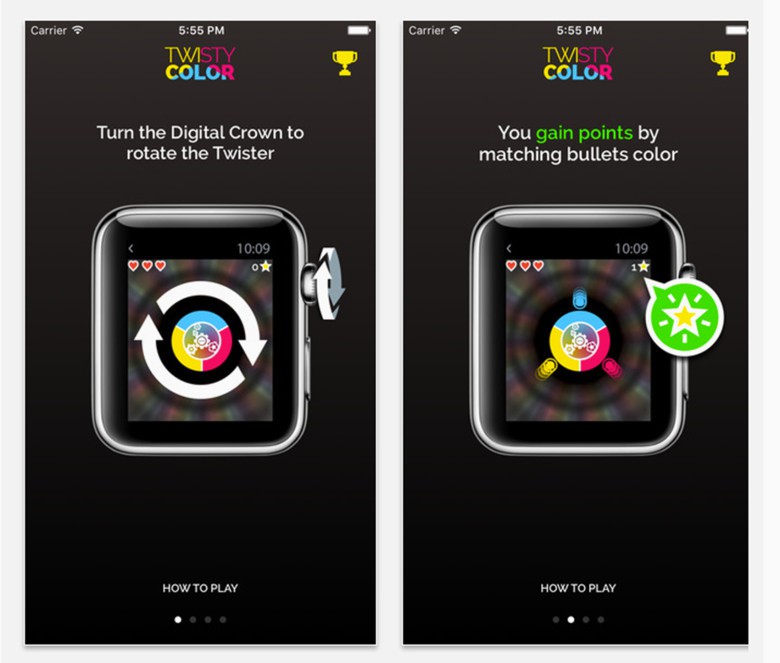 Twisty Color is a simple but addictive game to pass downtime. Collect as many balls as possible fired from three directions by turning a multicolored twister on the watch face so that balls are caught in areas with the corresponding color.
Killer feature:Fingers do not obscure screen because the Twister is turned by using the crown dial. Download: $.99