Tim Cook made a surprise appearance today at the Fifth Ave Apple Store in NYC ahead of his appearance on the Late Show with Stephen Colbert tomorrow night.

During his visit, Cook mingled with the customers, took selfies, and photobombed Eddy Cue before getting swarmed by a mob of fans anxious to get a close-up with the Apple CEO. Buzzfeed created a Snapchat story of the CEO’s visit which wasn’t announced to fans or employees before he dropped in for some quality times with customers.

Here are a few highlights from Cook’s NYC debut:

Tim chilling with an Apple Store employee inside the glass cube. 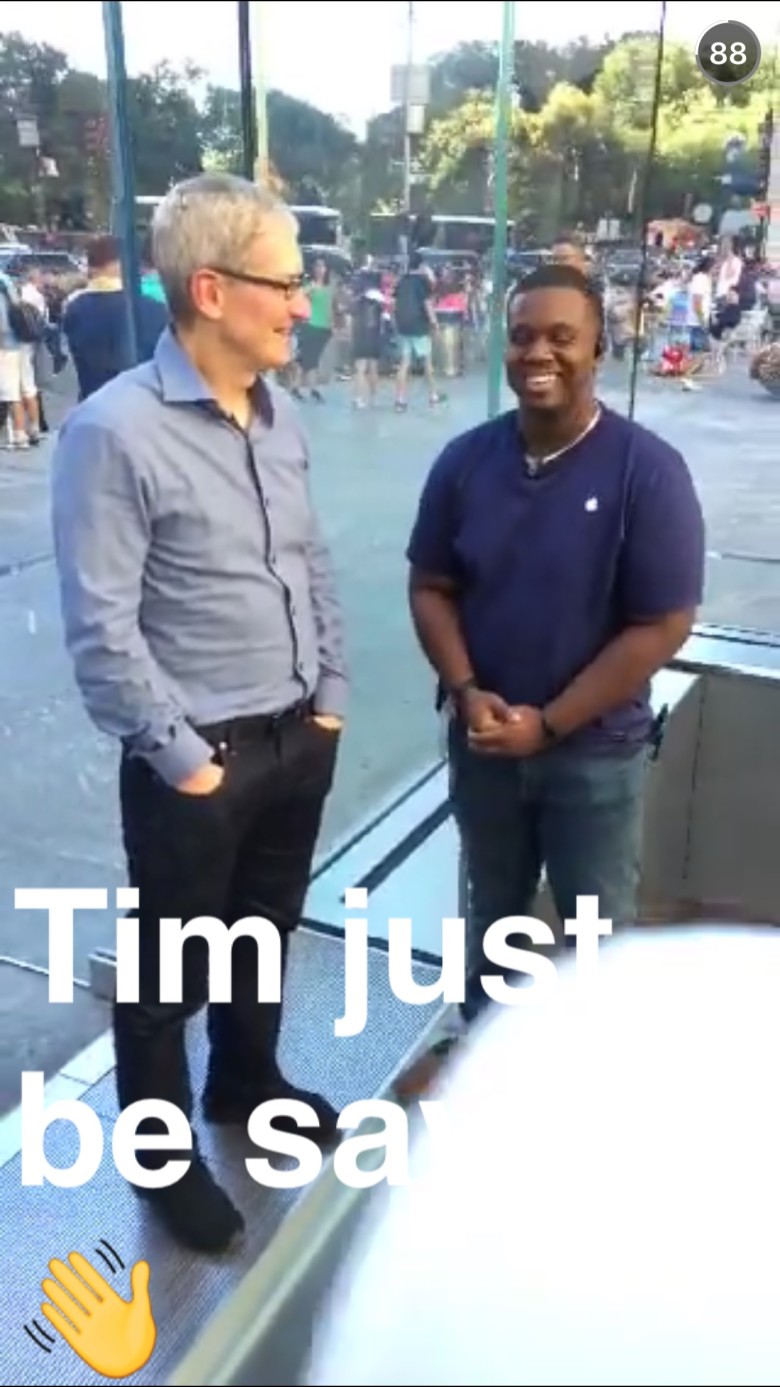 When your CEO drops in on a Monday afternoon. 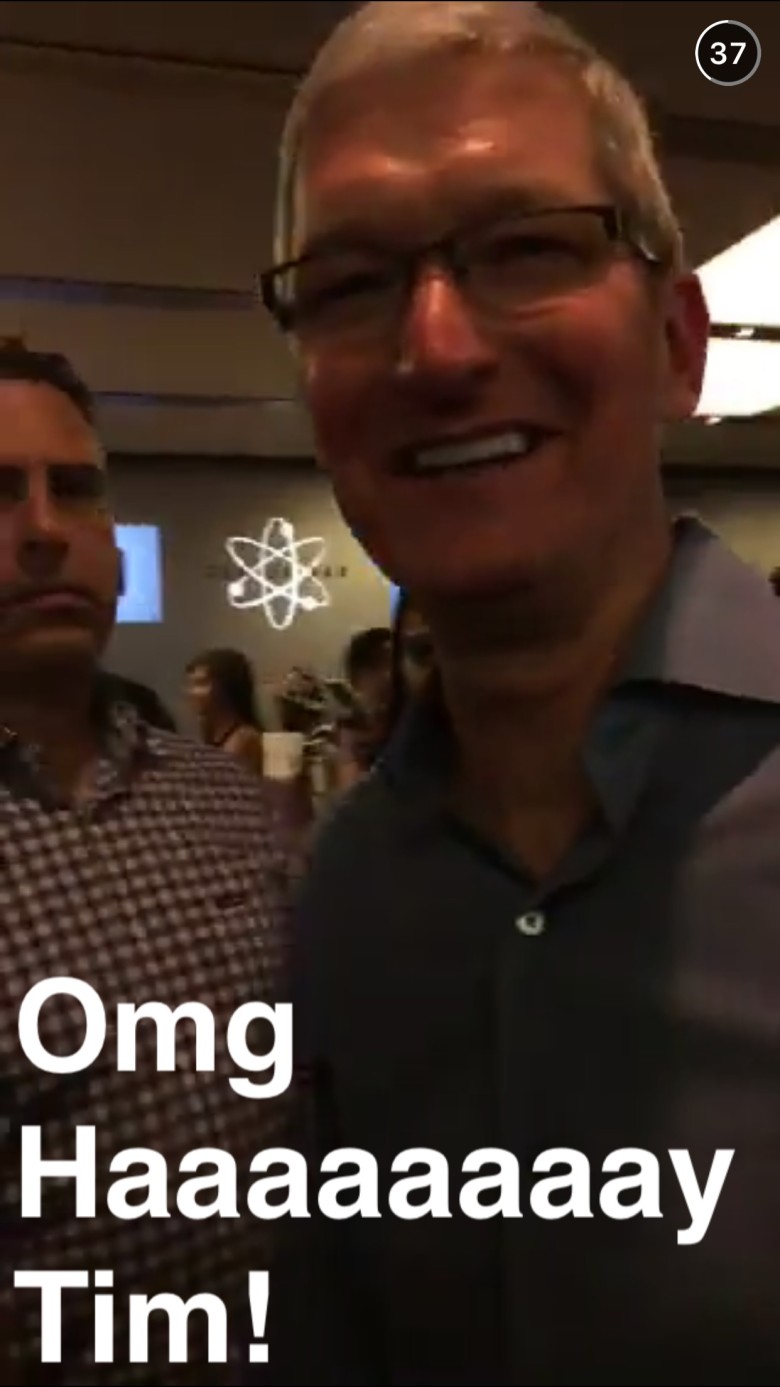 A man of the people, Tim’s not afraid to take a few selfies. 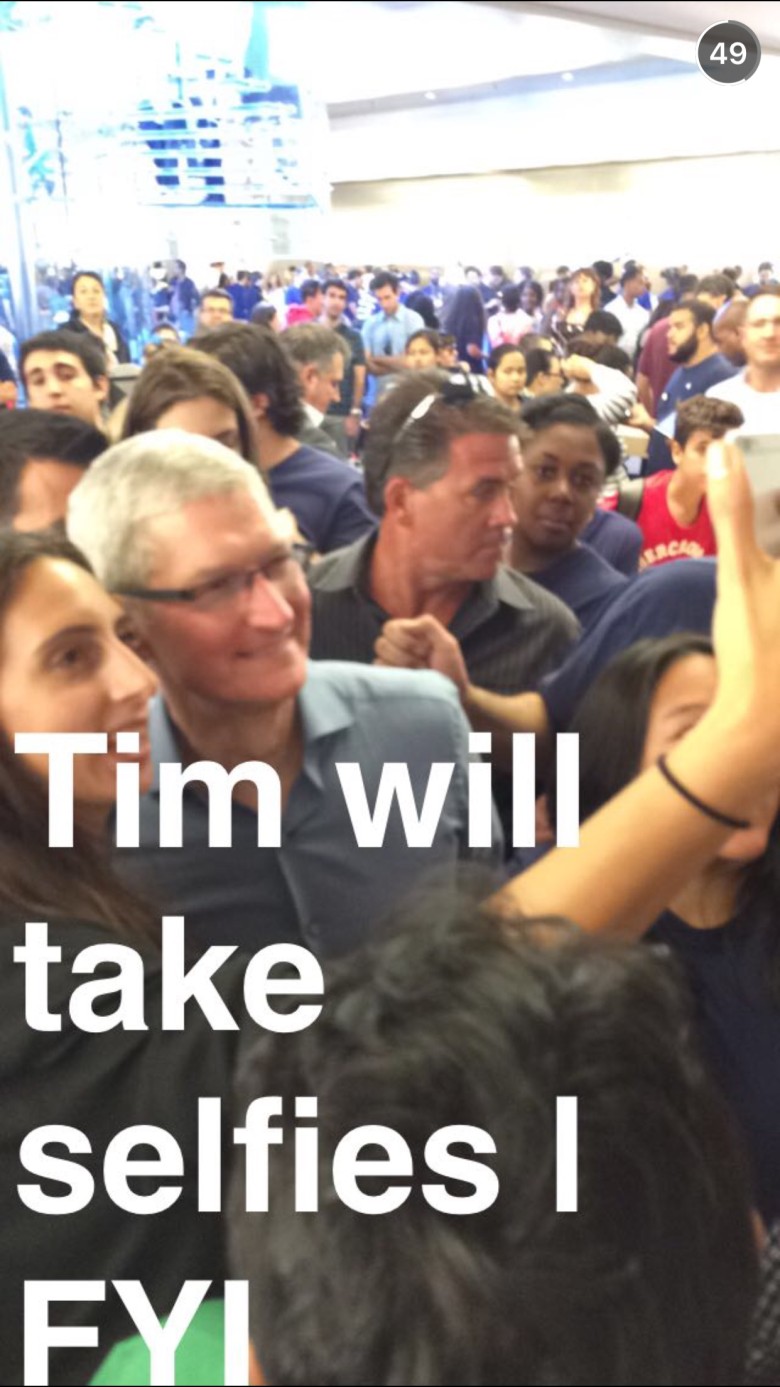 Eddy Cue was there too, thankfully he left his pink dress shirt with the cheetah print cuffs at home. 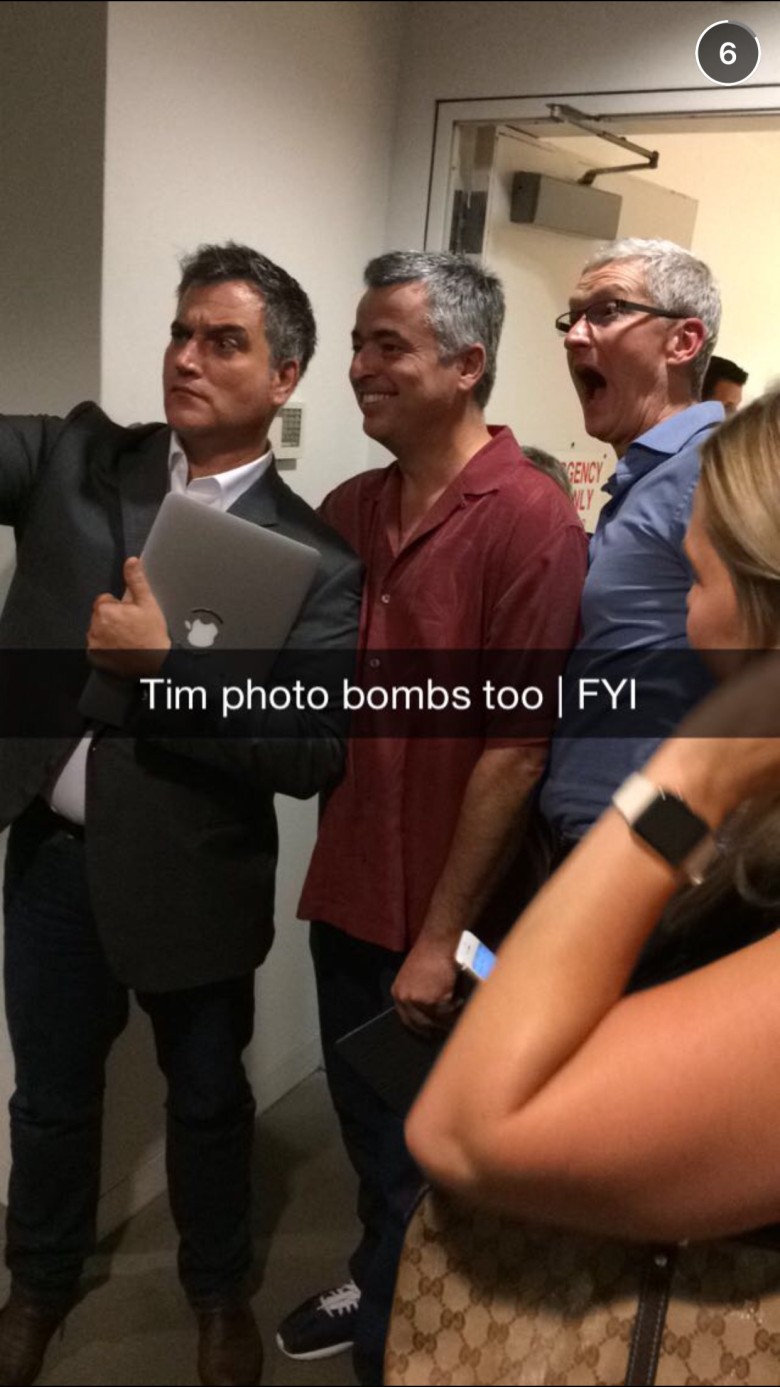 You can watch Tim Cook’s full visit to the Fifth Ave store by adding Buzzfeed on Snapchat.