What is it with Apple and the gaming-related patents as of late?

Just weeks after the publishing of an Apple patent showing a concealed gaming joystick capable of being hidden in future iPhones, today the U.S. Patent and Trademarks Office has revealed another Apple invention related to a snap-on gaming controller for iOS devices.

As with the joystick patent, the idea here is to allow gamers to fully capitalize on the present golden age of iOS gaming, without having to block parts of the screen using their fingers for multitouch controls. 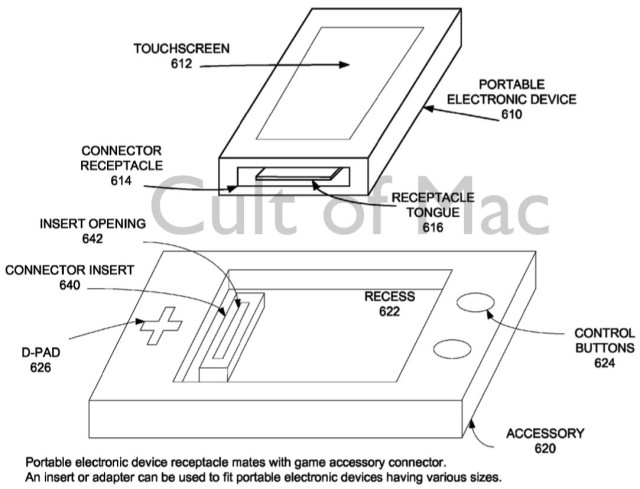 The patent describes directional pads, joysticks, action buttons and various other game controller interfaces which could help improve gaming on your iPhone. The controllers could even contain added extras: like additional cameras, speakers, microphones, and even extra multitouch displays.

If you’re a gamer, it’s all very exciting — although as with all Apple patents, it’s far from guaranteed this will ever turn up in an actual product. In this case, it’s maybe even less likely than usual since the patent was made more than six years ago, following the announcement of the iPhone 3G. At a time when the App Store was still in its infancy, it’s no wonder that Apple would get a little excited about all the potential accessories it could make for new app categories.

With that being said, if the idea does appeal to you, there are plenty of third-party gaming accessories you can get for your iPhone and iPad.

They may not quite be as sweet as a Jony Ive-designed control pad, but at least you can get your hands on these ones sometime this century.