iOS 7 provides two new features under the hood that will blow the lid off mobile gaming: game controllers and a sprite animation and particle physics engine. While these may not sound super sexy, they have the potential to revolutionize the way we play games on our mobile devices. The first is a recognition that many games really need physical buttons to provide high-end gaming experiences, while the second is a step toward supporting game developers in the way that development engines like Unreal and Unity already do, but built right in to the operating system. Together, these two developments are nothing less than—forgive the pun—complete game changers. Mobile gaming is already a big business for game developers, publishers, and Apple. And while Apple has never put gaming front and center before, that’s going to change with iOS 7. Gaming is already huge; now it’s going to get even bigger.

Sprite Kit Is The Apple Way

Today’s games aren’t animated frame-by-frame, like the cartoons of old, but rather with game engines that simulate physics in predictable ways. Engines like Unreal and Unity provide the framework so that console and mobile game developers can focus on game mechanics and artwork, instead of how to animate smoke or explosions. The new Sprite Kit, then, does this same thing for iOS (and OS X, to be clear). When a spaceship explodes, developers can keyframe the animation one flip-book frame at a time, they can use a software intermediary like Unity, or code their own graphic engine to make their explosion look as real as possible. Sprite Kit will add a third option: let Apple’s own iOS manage it. This should help developers of 2D games (for now) focus on the game experience rather than figuring out how to make spaceships move or smoke billow realistically. This is the first time that Apple has directly targeted game developers in its iOS guidance. It’s a big deal. 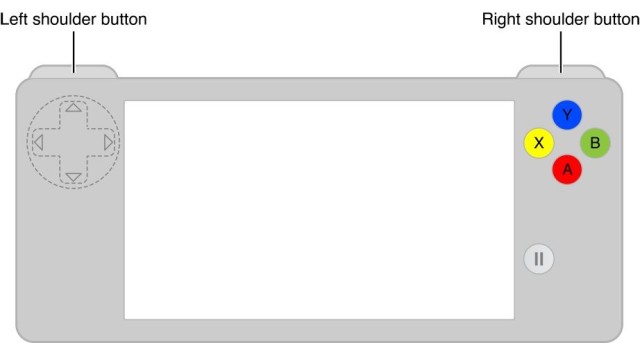 Apple has traditionally stayed away from making a gaming controller ever since the ill-fated Pippin. They continue to do so, but they’ve snuck in some extremely game-centered code into the new iOS 7 that is all about game controllers. Prior to iOS 7, if you wanted to play a game with a physical controller, you’d have to settle for one that only worked by fooling your iPhone or iPad into thinking it was a Bluetooth keyboard, like the iCade or the SteelSeries Free controller. Other options were even worse, like the short-lived Gameloft Duo controller that only worked with specific Gameloft games. Ugh.

Apple is making it chimp-simple to allow us all to use game controllers, which will be made by the likes of Logitech, SteelSeries, and more.

Now, though, Apple is making it chimp-simple to allow us all to use game controllers, which will be made by the likes of Logitech, SteelSeries, and more. If a developer wants to let her customers play her game with a controller, all she needs to do is include the Apple Game Controller API into her game. There are three types of control devices that third-parties can manufacture and developers will have instant support for both a form-fitting controller in both standard or extended sizes, and a wireless controller. The former will make an iPhone (or iPad?) look like a Sony portable device, while the latter will most likely ape a console controller you might be familiar with from the Xbox 360. Apple has said that the use of game controllers must be optional, though, so perhaps any game that doesn’t allow for touch controls will be kicked from the App Store until it does. 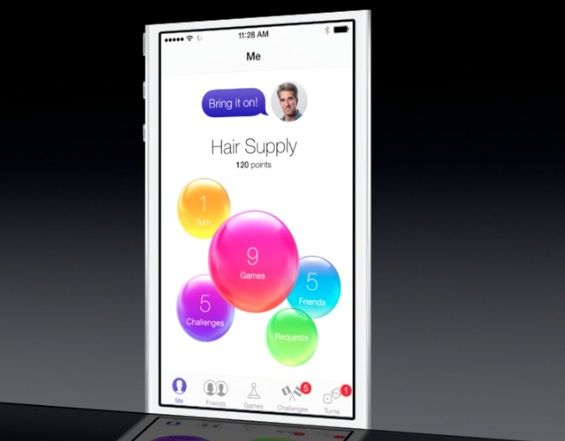 There are also a couple of additions to Game Center that are worth mentioning, including support for ranked leader boards (commonly called ladders) and some new modes for multiplayer games that use Game Center’s player matching system, like a turn-based mode, for example. Neither of these developments are compelling in and of themselves, but they do continue to reinforce Apple’s commitment to gaming, which the company only backed into when it opened the App Store. It will be fascinating to watch as developers and game controller manufacturers alike iterate on their products with these new tools, and how well consumers respond to the possibility of universal game controllers. Boy, I can’t wait to play with some of these new toys. All Apple needs to do now to rule the living room is make it much easier (and lag-free) to connect those ubiquitous iOS devices to the big screen. I’m hoping for some kind of dock that I can drop my iPad mini or iPhone into that automatically connects my iOS device of choice to a low latency HDMI cable, letting me sit back on the couch and play games on my TV via a third-party controller. It would be like carrying a home console around with me in my pocket, and I cannot wait for the day this becomes a reality. Until then, however, I’m extremely happy with the new development in the Apple gaming scene, as the support for game controllers will make games that rely on more precise input and tactile buttons much more accessible, while the addition of Sprite Kit should help open up 2D game development to more developers as well. Image: TouchArcade Check out all our great iOS7 reviews here.