Jony Ive didn’t even make an appearance at the WWDC keynote last week, but that didn’t stop his name from spreading all over Twitter and Facebook, thanks to his influence on iOS 7’s new parallax UI.

A report from the people at ViralHeat shows that Jony Ive had the most social media mentions of anyone at Apple, including CEO Tim Cook. Sir Jony Ive had 28,377 mentions across Facebook, Twitter, and Pinterest, while Tim cook was mentioned 20,919 times.

Not only did Jony get more attention on social media, the comments about him trended more positively than those about Cook (72% positive for Ive, 64% positive for Cook)

Here are the full social media stats about WWDC: 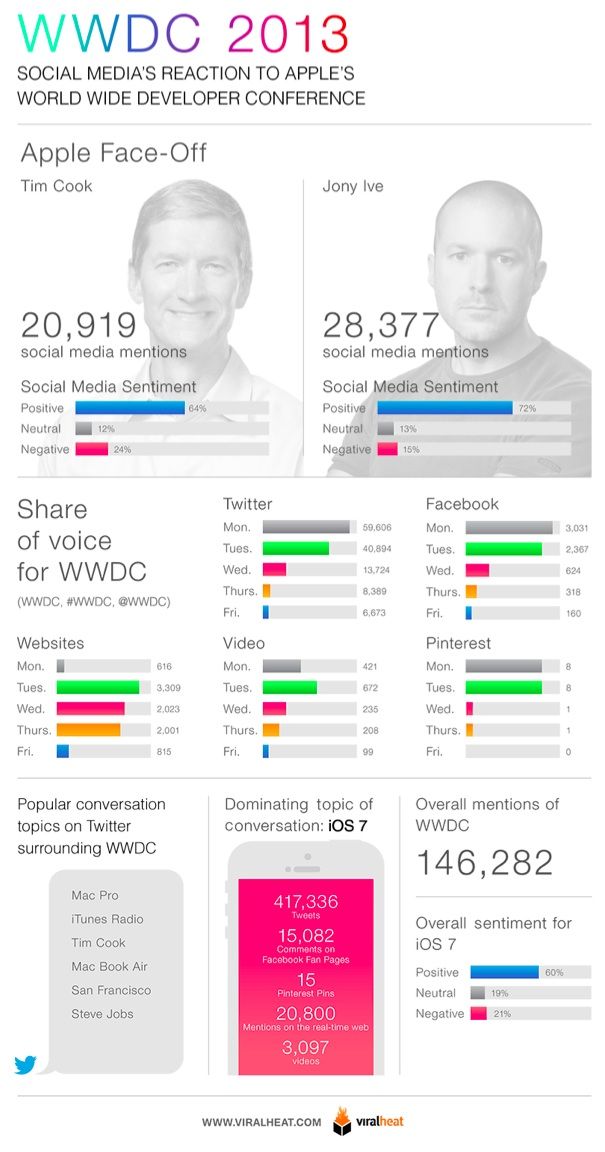