jOBS, the biopic starring Ashton Kutcher and Josh Gad, is scheduled to hit theaters nationwide on April 19, just days after Apple celebrates its 37th anniversary. Kutcher will portray the Apple co-founder’s life between 1971 and 2000, covering his founding of the company in 1976, his ousting from it in 1985, and his return in 1996.

From Open Road Films and Mark Hulme’s Five Star Feature Films, jOBS will get its premiere in front of a select audience at the Sundance Film Festival in Park City, Utah, on January 25. It will then be open to everyone in theaters nationwide on April 19, according to The Hollywood Reporter.

The biopic, which is directed by Joshua Michael Stern and written by Matthew Whitley, chronicles Steve Jobs’s ascension from college dropout to the CEO of what would go on to become the world’s most valuable company. Part of the film was shot in the Los Altos garage where Jobs and Steve Wozniak, who will be played by Josh Gad, built the Apple I.

Kutcher reportedly canceled all of his other projects to film jOBS, a role that he believes “was meant for him,” and spent time meeting some of Jobs’s friends and colleagues to learn more and “get inside his voice.” He certainly looks the part — especially with all that hair and the clothes. 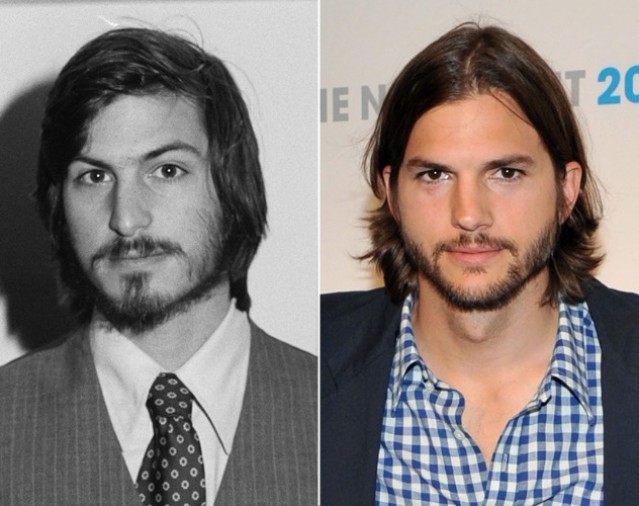 The first reviews of jOBS are likely to surface after the Sundance Film Festival showing later this week, so be sure to look out for those. It’ll be interesting to see whether Kutcher and co. can prove the skeptics wrong.

Sony Pictures is also producing a picture about Jobs based on the authorized biography by Walter Isaacson. Scripted by The West Wing writer Aaron Sorkin, it’s expected to take place across three scenes set backstage at various Apple keynotes.