Apple co-founder Steve Jobs was rarely seen with anything other than sneakers on his feet — except in the early 1970s when he went everywhere barefoot — and so it’s hardly surprising that at some point the Cupertino company was producing sneakers of its own. They weren’t on sale, though I’m sure they’d have been a hit, but they were issued to employees in the early 1990s.

There are more pictures below.

Although these sneakers weren’t sold to consumers, it’s worth remembering Apple did have its own collection of clothes, bags, stationary, and just about anything else it could stick its logo on. In fact, there’s a whole catalog of Apple-branded goodies that were floating around in the late 1980s, when John Sculley was Apple’s CEO.

You could buy Apple t-shirts and pullovers, bags, clocks, sunglasses, watches, flasks, penknives, and even Apple-branded toy trucks. Unfortunately, these things aren’t easy to get hold of today. The odd item can be found on eBay every so often, but they usually aren’t cheap.

While most people wouldn’t be seen dead in Apple-branded shorts back then, everyone wants a piece of the company’s history today — even if it has been worn by someone else. 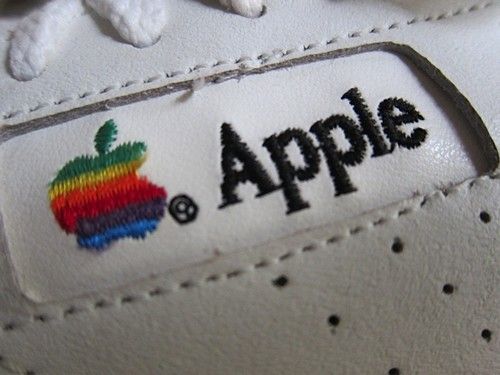 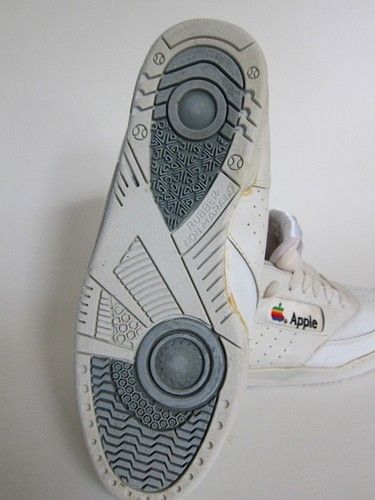 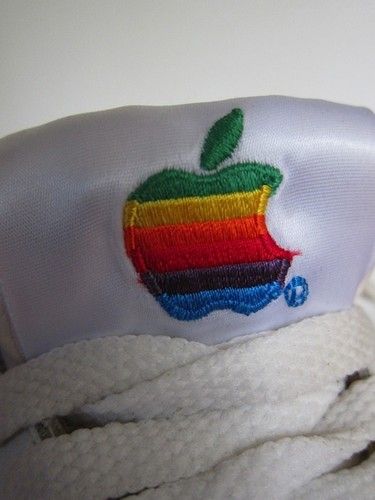