You can now help Superstorm Sandy survivors by making a donation to the American Red Cross via iTunes and the App Store on your Mac or iOS device. Apple is accepting donations of $5, $10, $25, $50, $100, and $200 — and 100% of your contribution goes straight to the Red Cross.

Apple has accepted donations via iTunes for a number of causes in the past, the most recent campaign came after the Japanese earthquake and tsunami back in March. In January 2010, the Cupertino company also accepted donations to the Red Cross following the Haitian earthquakes. 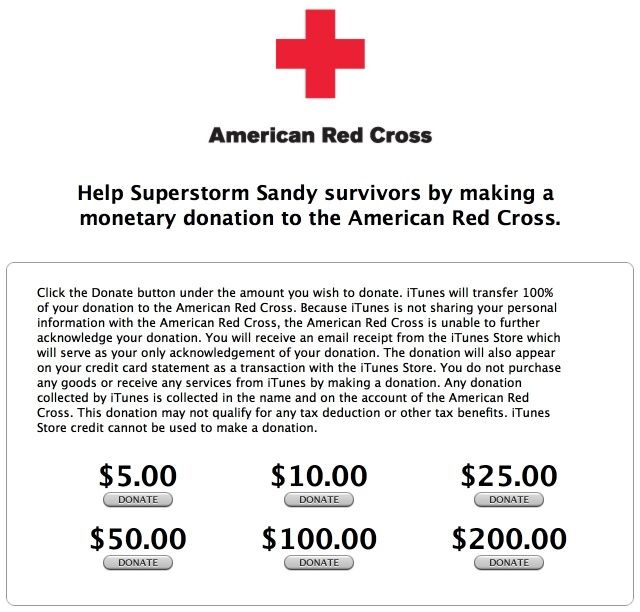