It looks like Apple has made some subtle improvements to the App Store on the iPad. You won’t notice the changes at first or second (maybe even third) glance, but they are there all the same.

The “Top Charts” section of the iPad’s App Store has been updated with vertical scrolling and faster loading times, mirroring a similar update Apple made several months ago.

Previously, you had to scroll vertically though the lists of top apps on the iPad. When you reached 25 apps, you had to load the next 25. It would usually take several seconds to load the next set of titles, and leaving the window would cause you to have to reload the lists again. This experience is still present on the iPhone version of the App Store. 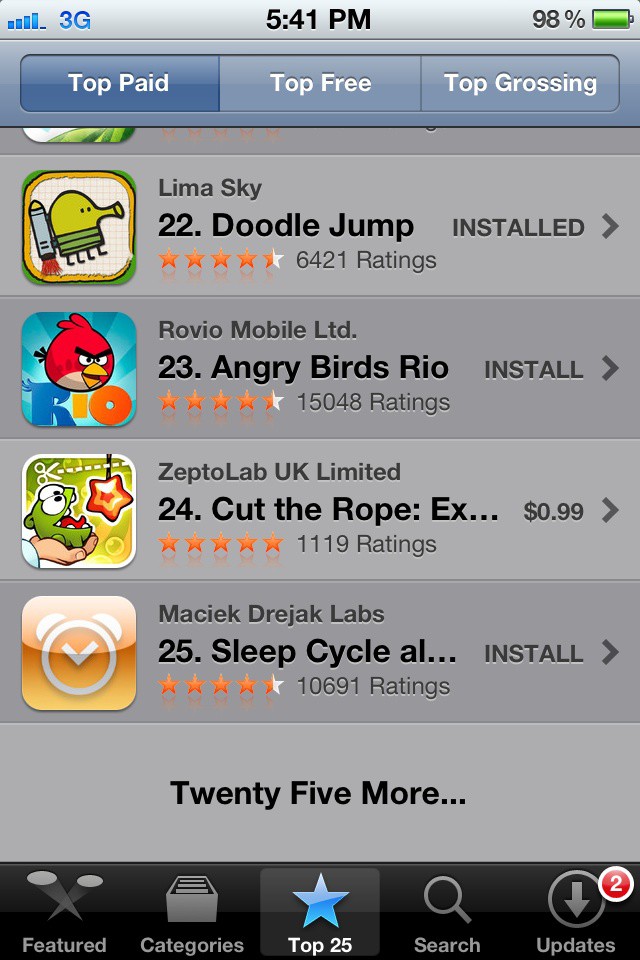 If you recall, Apple introduced some improvements to the homepage of the App Store last November. Instead of having to wait for each page of apps to refresh, you could simply swipe from left to right through a collection of 6 apps. The same change has been brought to the Top Charts section of the App Store on the iPad.

Now you can swipe through the top iPad apps from left to right in either landscape or portrait orientation without having to wait for more titles to load. The experience is much smoother and a welcomed change.

Coincidentally, Apple is set to unveil a new iPad tomorrow. What good timing.