Despite all our 21st-century technical wizardry, one of the easiest and least expensive ways to get a very basic idea of physical health is through a metric that’s been used for a very long time: body weight.

The Withings WiFi Body Scale ($160) takes this concept to the next level in many ways, including allowing you access to all your data on a gorgeously designed iOS app. It also adds an even more important metric, body fat percentage, and goes a long way to erasing many of the pitfalls using a simple scale can lead to — and it does this all while remaining incredibly easy to use. In fact, it might be the most effective tool I’ve used to keep healthy.

The secret to the scale’s effectiveness is its link to the Internet. Once you setup your Withings account online and connected the scale wirelessly over your home network — which like everything else about the Withings, took about five minutes and was practically effortless — the scale will begin sending data to your secure account every time you weigh yourself. This has two big payoffs: a) you no longer have to track your weight by hand, which can be time-consuming and, frankly, too much of a bother if you’re as lazy as I am, and b) it allows Withings’ sophisticated, web-housed algorithm to crunch the numbers and create an easy-to-grasp trend curve.

That trend curve is key, because it shows you where your weight is headed in a much more useful way than single measurements or plots on a graph — which, because weight can fluctuate dramatically from day-to-day, makes you less apt to freak out when you hit a heavy day, and gives you a better idea of whether or not your diet and/or exercise regimen is having the desired effect.

Another key feature is the Withings’ ability to measure body fat percentage, actually a more accurate metric of health than simple weight (again, there are other scales that measure this, but this time we’re getting much closer in price to the Withings). That metric is also uploaded, and can be graphed alongside weight.

Almost all the information is available through Withings’ Universal iOS app. It’s a gorgeous app: hold the iPhone in portrait mode and you’ll see individual entries — which you can scroll through via a virtual dial — with weight, percentage body fat and body-mass index; tilt the iPhone to landscape and the slick, clearly illustrated graph appears. It looks great on the iPad too, but I was impressed at just how well they managed to make the UI look and work so fabulously on the iPhone’s comparatively tiny screen.

Everything smacks of quality and looks well-finished. The scale’s display is bright and easy to read, and I was a little taken aback at how much I admired the good looks of the scale’s polished glass surface. Let’s face it, this is a major bathroom appliance, a little eye candy doesn’t hurt.

Even multiuser households are easily handled. If there are several people using the same scale, you can set up a separate account for each, and choose whether the data is private or not. when someone steps on the scale, it’ll make a good guess as to who’s being weighed and assign the weight to them (it’ll display who it’s assigned the measurement to). It’s very intuitive; my ex-roommate and I are of similar height and build, and the scale surprised us by only very rarely confusing the two of  us. Whan that happened, the scale simply asked whomever was being weighed to step on one side of the scale or the other to attribute the measurement. And measurements could always be easily re-attributed later through the account.

To top it all off, data can be easily shared with friends and family or healthcare professionals. There’s also the ability to take the entries and plug them into other services like RunKeeper, which allows tight integration of cause (calories expended through running) and effect.

About the only thing negative we can say about the Withings Scale is that its price. But taking into account its effectiveness at one of the most important aspects of our lives — our health — it’s worth the plunge.

Oh, one other thing. Because the scale sends a tiny current through your body to measure body fat percentage, it’s not suitable for people with pacemakers or anything that an electrical current could interfere with; if you’re in doubt, check with your doctor first. If you’re not augmented with anything like that, there shouldn’t be anything to worry about and you won’t feel a thing.

The Withings Scale is well-designed, looks good and just works — and therefore fits in perfectly in any Apple adherent’s life. More importantly though, its brilliant combination of features make it a highly effective tool for healthy living. 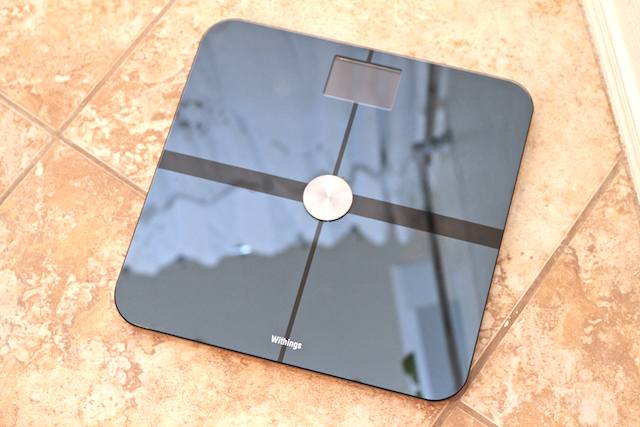 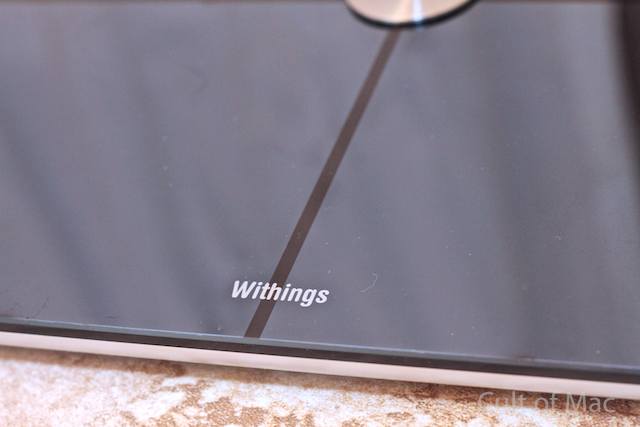