A futuristic post-apocalyptic world in which a virus has robbed humanity of its eyesight and reduced the human race to a few million people. Even speaking of sight in this world is heresy. Add in muscular man mountain Jason Momoa and a Game of Thrones budget and you’ve got See.

What did I make of the first episode of Apple TV+’s fantasy series? Read on to find out….

See is Apple’s attempt at Game of Thrones

See is Apple’s attempt to create its own Game of Thrones. That’s no secret. The moment you heard that “Khal Drogo” was starring in an adult-focused fantasy series for Apple, it was no great mystery which show was likely the model.

The first episode of See does nothing to dispel that notion. Within minutes, we get talk of heading to the wall and gory on-screen battles. Plus, the kind of hokey medieval speech patterns TV writers use to suggest a time long ago. (Yes, I know that technically See is set in the future, but still.) You can practically imagine Apple VP Eddy Cue’s eyes lighting up with cartoon dollar signs at the prospect of Game of Thrones meets Netflix’s Bird Box. Heck, he probably did a Dothraki war dance right in the pitch room.

Of course, Game of Thrones isn’t the unsullied reference point here in 2019 that it was a few years ago. The show largely flamed out, giving us two abbreviated final seasons that infuriated viewers. That’s not necessarily a bad thing for See. If it can provide what people liked about Game of Thrones, there’s a big opportunity. 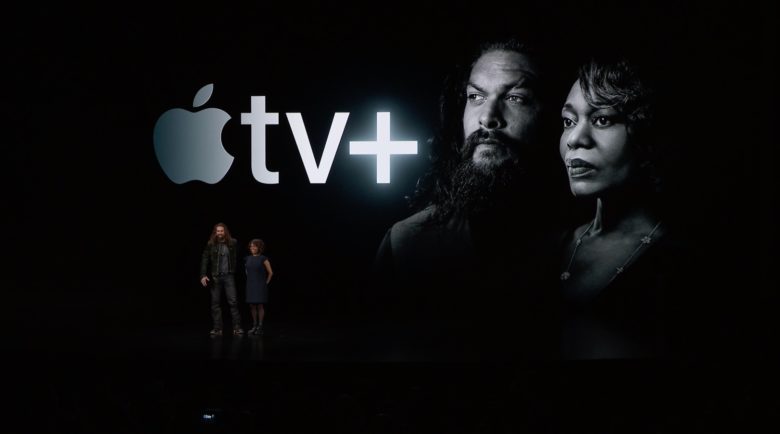 But can it? Based on the first episode, I’d describe my reaction as whelmed. As in, neither underwhelmed or overwhelmed. That’s a bit of a surprise for a show I thought was either going to be brilliant or brilliantly awful.

The show’s production values are good. It all looks very nice, even if (as a minor point) I was disappointed by the use of digital blood sprays over practical ones. The post-apocalyptic blind society hook is good enough. Yes, it sounds like the kind of premise that could have been spat out by a YA novel generator. But high-concept ideas don’t have to be breathtakingly original to pull in punters.

What I was left with after one episode, though, was a wish that See’s creators had leaned into the concept a little bit more. Sight plays a key role in the plot, but there’s not all that much imagination used to portray a world in which it doesn’t exist. People still wear jewelry and, more bafflingly, war paint. There were precious few moments in which I believed the creators had put much thought into how a society might actually evolve if it lost one of its main driving senses. There’s not as much world-building as I’d have liked — and that’s central to a well realized fantasy series.

Really, what I hankered after was more goofiness. Momoa is always a good screen presence, but See takes itself so darn seriously that we don’t get to, err, see any of his natural likeability. He’s here to yell manly, motivational things, like a calendar of quotes from Gladiator’s Maximus Meridius used unironically to inspire the troops on a middle manager office away day.

Watching See, I was reminded of the Kevin Costner/Kevin Reynolds movies of the early 1990s, namely Waterworld and Robin Hood: Prince of Thieves. But both of those movies, one more successfully than the other, played up the camp inherent in their premises. They had fun with it, and that made it more fun for the audience. Any laughs in See are probably going to be unintentional.

A fantasy show doesn’t need to be goofy fun, of course. (Although I’d choose that over grim and gritty.) But because See has a campy premise, but doesn’t lean into it, it feels like a bit of a missed opportunity.

There’s stuff to like in See. As with The Morning Show, which was lambasted in critical reviews but I wound up enjoying, people slating this as a disaster are, in my opinion, doing so unfairly. I don’t think See has a hope in hell of becoming as successful as Game of Thrones. But I was also intrigued enough that I’ll keep watching after Episode 1.

Considering that Apple already greenlit a second season, that’s probably for the best. If you’re only going to watch one Apple TV+ series, though, I’d suggest The Morning Show or For All Mankind over this one.