The iOS music scene is stronger than ever, and 2018 saw some pretty awesome apps, from the simple MIDI keyboard app KB-1, to an Nanostudio 2, an entire Digital Audio Workstation (DAW) app that took its English programming team 6years to build. And that’s just the beginning. Lets check out the best iOS music apps of 2018.

Ferrite for iOS is the best podcast recording and editing app around, on any platform. It got a 2.0 update this year, adding essentials like auto levels and noise reduction, an 8-band EQ, and project templates. That’s in addition to the super-easy and powerful editing tools, and the new Apple Pencil 2 gestures.

Audiobus is the most essential audio app on iOS. It lets you route audio and MIDI from and to multiple apps, as well as letting you remote control all those apps form a separate iOS device. It’s capable of the simplest setups, or the most absurdly complex projects, and you can save a whole session as a preset. This last is my favorite feature. You can launch the whole project, including all the apps you’ve used, with their own saved settings, with one touch.

ApeMatrix is tricky to understand, but once it clicks, you’ll wonder how you managed without it. Essentially, it’s a grid matrix which you load up with audio apps. Like any matrix, the same list of apps runs across it horizontally and vertically. All you do is tap the correct square in the to connect apps. It works for audio and MIDI, and offers a whole lot more besides this basic foundation.

Synth One is free, open-source, and built by volunteer musicians and programmers. Stay with me here. Synth One isn’t your typical hideous open-source bloatfest of an app. It’s beautifully designed, sounds great, is easy to use, and is above all fun. It’s deep enough for seasoned synth-heads, and yet may also be the best synth for beginners, because it’s so easy to get great sounds right away.

Download: AudioKit Synth One Synthesizer from the App Store (iOS)

This app makes no sound. KB-1 is a virtual on-screen keyboard that uses MIDI to control any other audio app on your iPad. The clever part is, there are many kinds of keyboard, from the old-school black and white keys of a piano, to single-scales, to a multitouch, microtonal supercontroller. Essential for anyone serious about iOS music.

GTL lets you record loops into groups (hence the name). These groups can then be switched on or off on the fly, so you could have a group for the verse of your song, and another for the chorus, and so on.

The 2018 version has full drag-and-drop support, so you can drag music tracks in from the Files app, or just drag loops between groups. It also support Ableton Link, which is huge. Ableton Link is a way for music apps to all play in time with each other, synchronised to the beats of musical bars. In practice, this lets you play a whole bunch of apps at the same time, and have them all line up perfectly.

Download: Group the Loop from the App Store (iOS)

Gestrument Pro is the long-awaited sequel to fan-fave Gestrument. Gestrument Pro is a unique iPad musical instrument. It lets you take sounds and effects, and play them by touching the iPad’s screen. The video above shows it in action, which is the bet way to get an idea of what it can do. Unlike many apps, it doesn’t try to ape a real-world instrument. Instead, it offers its own take on creating sound using gestures.

Check it out. Like any musical instrument, it is both simple, and deeply complex.

StageLight is a cross-platform DAW (Digital Audio Workstation) that came to iOS late in 2018. It’s mature, stable, and offers some unique takes on music-creation and recording. For instance, the it’s really easy to record snippets of audio into loops, and then trigger them in time with the song. Best of all, it’s totally free to download and use.

NanoStudio is another new DAW, a sequel six years in the making. Right now you can’t actually record audio tracks — just snippets of audio to make loops — so you;re limited to MIDI and samples. But the interface is a dream, and NanoStudio 1 diehards swear by the super-intuitive interface that seems designed to help make everything easier. It’s also one of the best-looking DAWs anywhere, not just on iOS. 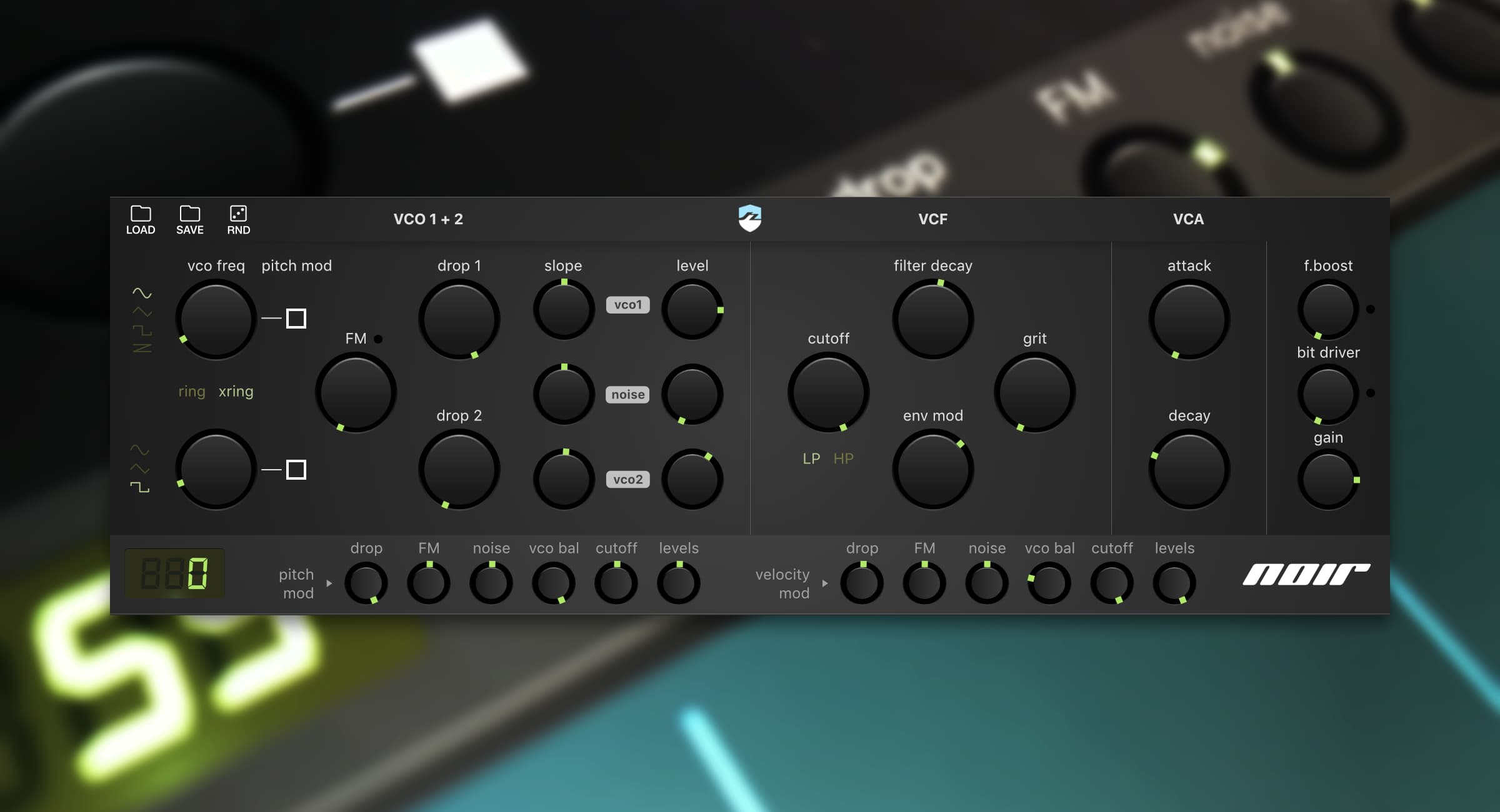 Ruismaker Noir is an odd hybrid of bass synth and drum machine. But as soon as you consider that drum and bass make up the rhythmic foundation of most music, it all makes sense. It’s easy to use, too. Just tap the timeline to add a “note,” and swipe to change pitch, attack, and volume. It takes a little while to work out, but then it’s super intuitive to work with.