2016 was a fantastic year for Apple Watch, according to the latest info from the International Data Corporation that shows Apple’s wearable just experience its best quarter ever.

In its latest report, IDC analysts say Apple Watch is finally closing the gap on Fitbit, which just experienced its largest declines ever in the fourth quarter.

“Apple Watch Series 1 and Series 2 proved to be a magnificent success for the company as it was the company’s best quarter ever in the wearables market…Apple is one of the few companies that has been able to quickly refocus its watch to gain traction in the consumer market and has also been leading the charge on introducing the smartwatch category to the commercial segment.” 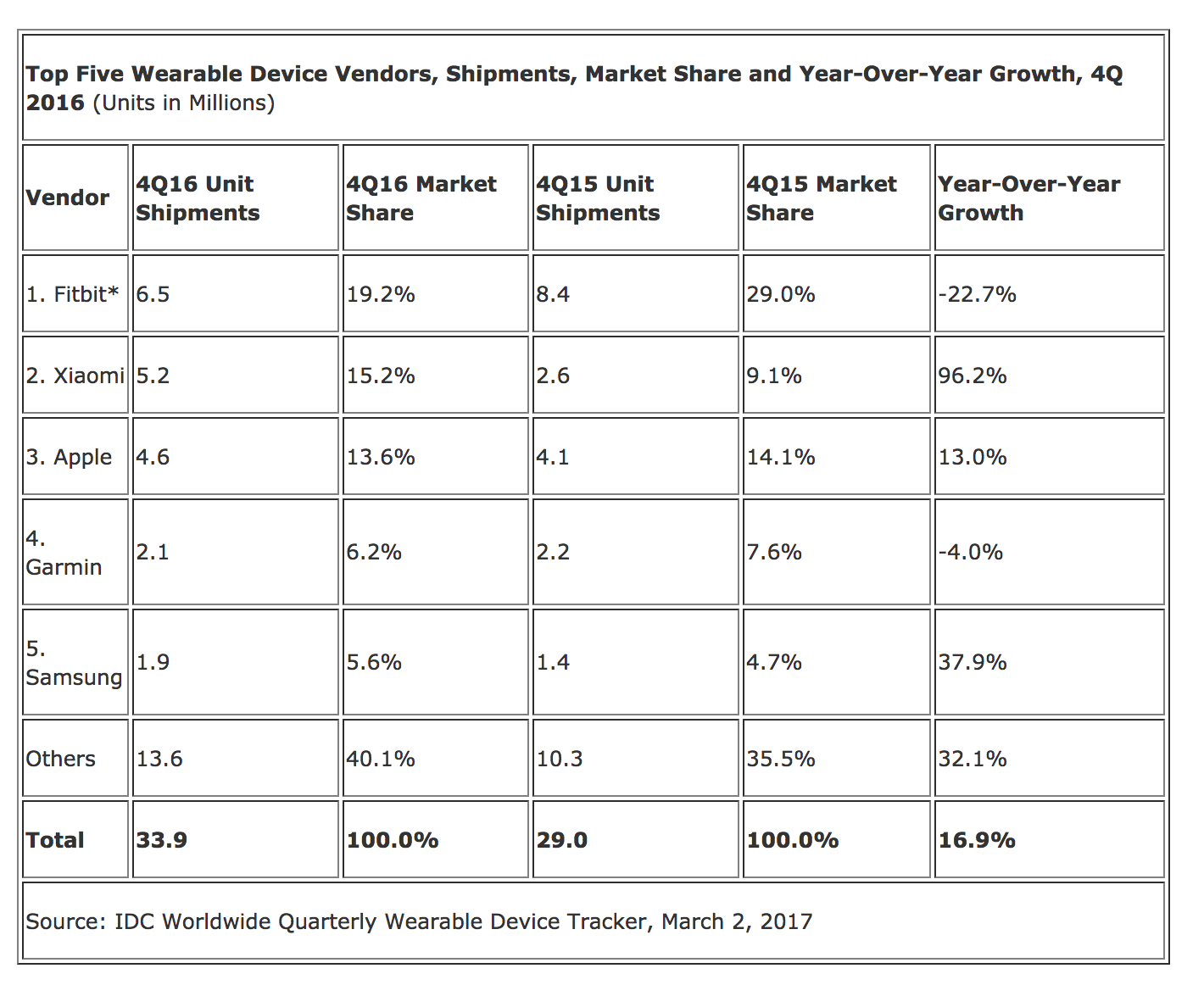 Apple Watch’s overall marketshare actually dropped slightly in Q4 2016 to 13.6%. In the year-ago-quarter Apple captured 14.1% of the market.