The first images of what could be the iPhone 7’s dual-lens camera leaked online today, giving fans a possible sneak peek at the future of iPhotography.

Apple is rumored to be including a dual-lens camera sensor on at least the iPhone 7 Plus. If the leaked sensor shown below is the real deal, it appears that one lens will be wider than the other to provide optical zooming. 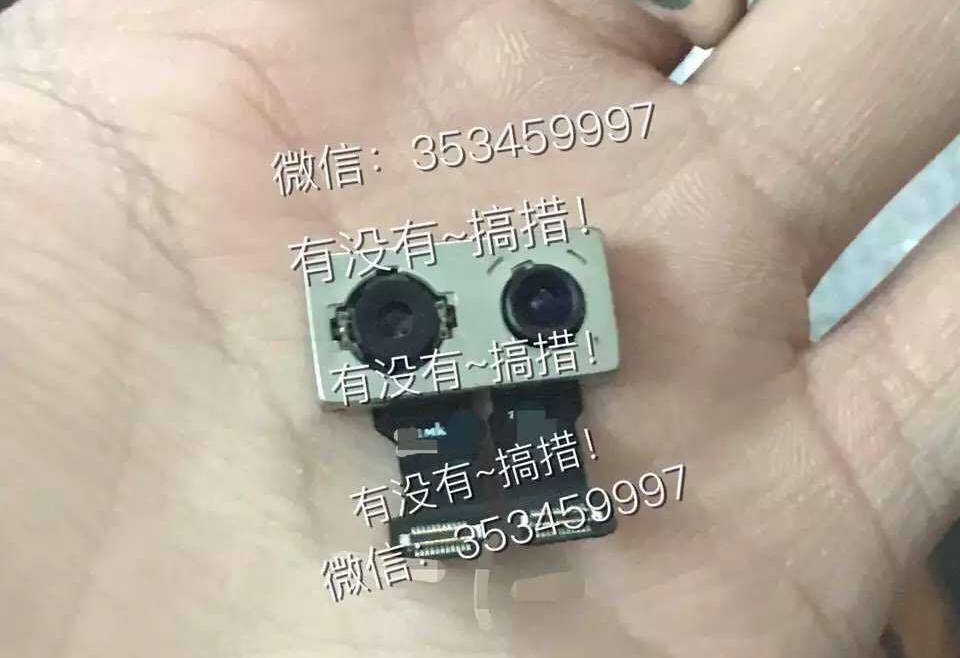 There are no telltale signs that the sensor is destined for an iPhone other than an “821” prefix on the part number (a numbering scheme Apple has used on previous sensors).

It’s also unclear who manufactured the part. Sony is rumored to be providing Apple’s dual-lens camera sensors, after the company revealed major players in the smartphone market would start to adopt the technology by the end of 2016.
The iPhone 7 isn’t expected to be announced until fall 2016, possibly in September. Other new features may include a new design with fewer antenna bands, no headphone jack, dual speakers, and a slightly thinner body.