UPDATED: Steve Jobs personally demoed the iPad for his daughter at his local Palo Alto store on Saturday, and not, as this post originally reported, “for one lucky customer.” Confusion in the initial post stemmed from typos in a Tweet communicated to Cult of Mac by Twitter user Cédric Lignier, who wrote today to clarify his communication, which should have read:

“Met Steve Job @ Palo Alto today! I gave up my iPad spot 4 let him demoed the iPad 2 his daughter. Unbelievable!”

Jobs was at his local Apple Store on University Avenue in Palo Alto, which did brisk business in iPads Saturday, attracting big crowds. It looks like Jobs walked to the store (he lives nearby and is often spotted walking around Palo Alto). No one seems to have paid him much attention. The staff in the picture above, taken by Lignier, seem more concerned with crowd control.

Ive, who is famously shy and self-effacing, attended the iPad launch event at the flagship Stockton Street store, which was a mob and media frenzy. It seems few noticed him either, despite being the most famous designer in the world. The one person who did, Matt Galligan, scored this nice picture with him. 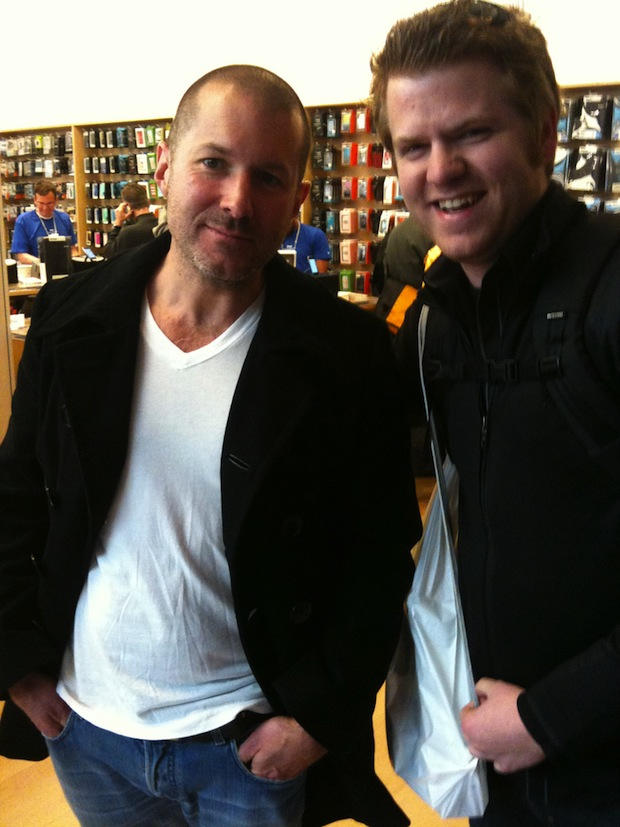