What do you get for the Apple nut in your life? You know the type. They live and breathe Apple — but they already have every Apple product under the sun. Plus all the accessories.

iPod? Got it. iPhone wallet case? Got it. Steve Jobs bobblehead? Got it.

Well, I’ll bet a testicle they don’t have some of this stuff.

No true Apple fan should be without Jonathan Zufi’s coffee-table tome Iconic. Released to wide acclaim last year, the book is a photographic tribute to Apple’s products. It’s elegantly crammed with more than 150,000 glossy photos of every single piece of hardware out of Cupertino. It also includes practically everything else, from prototypes to packaging.

There are three editions, starting with the Classic Edition for $75; then the $99 Classic Plus Edition (which adds a black slipcase). But you’ll want the Ultimate Edition for a cool $250. That’s the one with the LED embedded in its classy Cromwell Aristo Grain-White clamshell case. When you pick up the book, the LED gently pulses in homage to MacBooks of yore. Now that’s iconic.

Iconic: A Photographic Tribute to Apple Innovation — $75 to $299

This year’s hottest holiday product was discontinued months ago. There’s a mad rush to snap up the last remaining stock of the iPod Classic, the venerable 160-GB MP3 player that Apple quietly removed from its website earlier this year. CEO Tim Cook later explained the company could no longer get components to make the much-loved music player. Now, old stock and refurbished models are selling online for up to four times the original price. Prices might be extortionate, but this is a gift you’ll be thanked for later.

“Are you looking for the frame Steve Jobs used to wear?” says FramesDirect.com. “His eyeglasses were custom made but the shape of this style is very close.” Made by a London firm, Savile Row, these Diaflex Round Rimless frames are crafted individually in a factory that dates back to the 1920s, according to the firm. They are made from Monel, a copper and nickel mix that is strong and adjustable. Perfect for the bespectacled, would-be-billionaire in your life.

Designed by artists Kevin Tong and Garry Booth, these shirts pay homage to the greatest machine of all, the original 128K Mac. Choose between Tong’s iSteamMac shirt, which serves up a view in the style of Leonardo da Vinci, or Booth’s Exploded 128, which resembles the ads that proclaimed the Mac’s birth in 1984. The American Apparel shirts are 100 percent cotton. Hoodies and posters are also available.

As seen on TV! Apple’s “Stickers” ad celebrates the myriad ways users decorate their beloved laptops. If the Joker isn’t your style, you can find just about any design you can think of, from Pikachu to Winnie the Pooh.

All the decal stickers featured in Apple’s ad can be found at The Decal Guru. There are more at Oh Yeah Decal and United Kingdom of Decals, among many more outlets, including Amazon.

The Macquarium has been around for decades, starting with the original Mac. Since then, just about every machine Apple has made has been turned into an aquarium, including, improbably, the aluminum Power Mac G5.

It can be a tricky project, but entrepreneur Jake Harms makes it easy. For $350, he’ll send you a pre-constructed iMacquarium made from a discarded Apple G3 iMac. The iMacAquariums are ready to go; they include lights and filter. Just add fish and tacky deep-sea diver figurine. 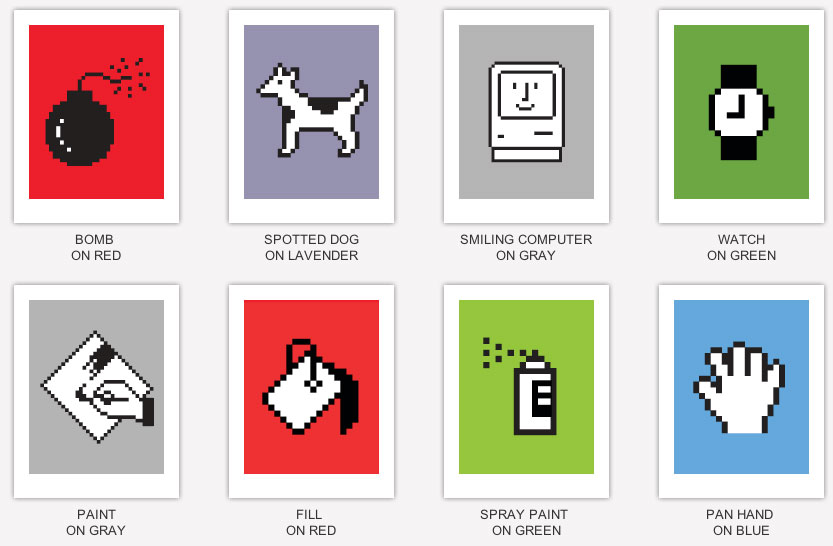 Artist Susan Kare is the celebrated computer iconographer who designed the signs and symbols for the first Mac. She’s offering limited-edition prints of her famous Macintosh icons, each signed and numbered. The charming designs include the world-famous Happy Mac icon and Moof the Dog Cow. Susan also has hand-painted pirate flags — a recreation of the famous banner that flew at the original Mac HQ — for $1,900 to $2,500, depending on size.

Susan Kare limited-edition prints — $99 to $499, depending on size and availability 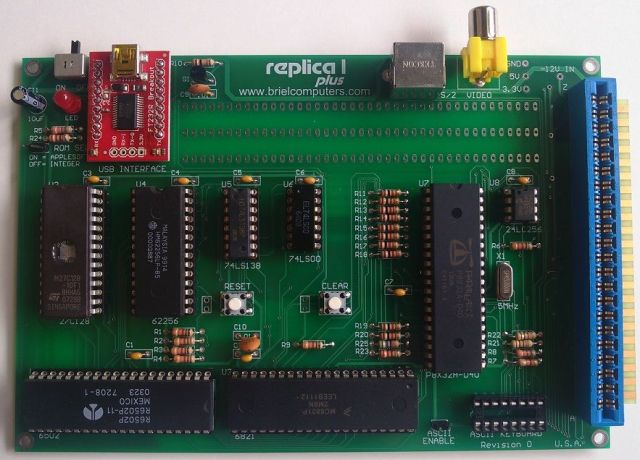 Nothing says hard-core Apple fan like a replica Apple I. Assembled by hand in Steve Jobs’ parents’ garage, the Apple I didn’t have a keyboard, monitor or mouse, but it launched a revolution! The replica 1 plus kit is a recreation of the bare-bones “computer” that started it all. “Build a computer like they did in 1976!” says the website. Some soldering required.

In 2004, Apple released a commemorative poster to celebrate the 20th anniversary of the Macintosh. It featured the iconic sledgehammer tosser from the most famous television commercial ever made, “1984.” But this time, she’s listening to an iPod.

There’s not a lot of memorabilia out there celebrating Apple co-founder Steve Wozniak, which is a shame. But if you think Woz is da boss, MightTees has you covered. “Known for his programming prowess, dance move repertoire, and sweet gentility. He’s the unsung hero, and so to him we give this tribute,” says the site. MightTees’ “The Gentleman” shirt is unisex, and made from an eco-friendly blend of organic cotton, recycled polyester and natural rayon. MightTees uses eco-friendly water-based inks (and also sells a Steve Jobs as Lloyd Dobler mashup tee).

It was made for TV, but Pirates of Silicon Valley remains the best movie yet about Apple. Featuring ER‘s Noah Wyle as Steve Jobs and Anthony Michael Hall as Bill Gates, it tells of the rivalry between the two would-be moguls and the birth of the PC industry. Jobs comes across as a psycho (no surprise) and Gates an ambitious but gentle, mild-mannered businessman/programmer. It’s mostly hogwash but kinda truthy. Most importantly, it doesn’t bore.

Wake the fuck up with a cup of joe in a mug featuring the Mac power button!

Who can resist a retro Lego computer kit? Custom-designed by Lego-ologist Chris McVeigh, the kit is 204 pieces. There’s also an Apple II.

I know, I know. Shameless self-promotion. But I’d be remiss if I didn’t plug my own book, which I honestly think is one of the better books about Apple, even if I say so myself. But don’t take my word for it. It’s a New York Times Best Seller. It’s got four-and-a-half stars on Amazon (190 reader reviews), and Horace Dediu, the premiere analyst following Apple, said it was “the best book about Apple so far.” Nice!

The book details the professional career of Jony Ive, Apple’s head designer. It’s the fullest account of his work, and a deep look inside Apple and its processes. And it’s just out in paperback.