We love our Apple gear, and we also love things that keep Cupertino's finest products safe and sound. And just as the iPhones and MacBooks keep getting sleeker and slimmer, so do the cases that protect them. This month's Lust List shows off our favorite Apple wrappers, plus some other gear that keeps us going as we head into fall.

Sometimes you just want to carry your MacBook Pro from place to place without having to lug along an entire messenger bag, notebook or briefcase. You just want a stylish, well-designed, classy-looking sleeve to protect your precious cargo.

The Aecraft Flow ($175), an all-natural leather MacBook Pro sleeve, is just such a product, and I find myself using it almost daily as I run from office to living room to coffee shop to meeting. The creamy, light-brown tone of the leather gets better with use and age, while the magnetic closure at the top keeps my 13-inch MacBook Pro laptop securely inside. The Norwegian vegetable-tanned leather is hand-stitched with a complementary-colored thread that keeps the single piece of leather securely folded up and around my MacBook.

Using it is like the first time you get a fancy suit: You feel like you're playing dress-up. I'm definitely a lot classier when I've got my MacBook in this scrumptious leather sleeve; now if only I could get the same sort of effect with my wardrobe. — Rob LeFebvre

The Pinarello Dogma is one of the sexiest road bikes ever built. The swirl-a-licious fork blades and seatstays make for an incredibly lust-inducing look, and winning the Tour de France and the World Championships does not hurt its appeal.

There are lighter bikes and bikes that roll with more character (even the new Pinarello Dogma F8 swaps some of the 65.1's sexiness for some weight loss and better aerodynamics), but there are none with more sex appeal. The Dogma actually looks better in person than in photographs, which is hard to do.

I was lucky enough to spend a week on the 65.1 while riding around Portugal with inGamba and I can say without hesitation that the bike was not the reason I didn't "win" every stage. The 65.1 might be heavy by today's standard — it's certainly heavier than some other bikes I have been riding — but this whip climbs beautifully, hammers the flats without hesitation and railed the big descent in Portugal.

I can't wait to throw my leg over the new Pinarello Dogma F8 ... maybe when inGamba invites me back next year. — Jim Merithew

The Acre Hauser Trail Pack is high-end hydration pack goodness. Made by Acre, a sub-brand of San Francisco's Mission Workshop focused on mountain biking, the waterproof bag is phenomenal. It's beautifully constructed and thoughtfully designed.

The hydration pocket is fully zippered for easy access and the drink tube can be run out any one of four directions — being a leftie, I totally appreciate the options. All the zippers are weatherproof and the roll top makes over-packing or picking up a little something extra on the way home totally doable.

The Hauser bag is priced at the high end of such things, with the 10-liter model retailing for $195 and the 14-liter version coming in at $205. Acre thought of just about everything, from waist and chest straps to keep the bag secure, to straps to attach a helmet during transit. Even a tool roll is included for essentials and whatnot. — Jim Merithew

The Microplane Classic Zester Grater ($12.95) looks more like a bastard file than a kitchen utensil. But don't let its woodshop aura fool you: If your recipe calls for a little lemon zest or grated Parmesan, this inexpensive tool will get the job done right — pronto.

It's quicker and more precise than a standard box grater, especially for small jobs, and it's far easier to clean. Run it over a hunk of hard cheese and you'll be rewarded with thin shreds that seem lighter than air. Rub the Microplane over a nubbin of ginger and you'll reduce that root to a juicy pulp.

So, what makes this Microplane a "Classic"? The company peddles a "Premium" model that, for a measly two bucks extra, puts a prettier face on the grater. It's essentially the same design, only with brightly colored soft-touch handles and "non-scratch end tabs." I've tried them both, and the Classic's old-school black plastic handle works fine for me. Try either model and you'll wonder how you ever got through your kitchen routine without it. — Lewis Wallace

I tried and tested dozens of different cases for the iPhone 5s, and the one I kept returning to was Apple's official leather case. It had everything I look for in a case, and it looked fantastic. When I pre-ordered my iPhone 6 Plus, I didn't hesitate to pick up the new leather case to go with it. And I'm glad I did.

Just like everything you'll buy from Apple, it's incredibly well-made. It fits the iPhone 6 Plus like a glove, and because it's so thin and lightweight, it adds hardly any bulk, so your shiny new phablet will still fit comfortably in your pocket (just be careful you don't bend it!).

The $49 case protects the back and sides of your device, and there's a slight lip that wraps around the front edge to provide some protection for its display. You still get easy access to your headphone jack, Lightning connector and mute switch, and the protruding iSight camera is no longer an issue.

I picked up the iPhone 6 Plus Leather Case in olive brown and, while it looks great, I've since seen the red model in my local Apple store and it looks even more dazzling, especially when combined with a white device. — Killian Bell

The UP24 fitness band ($129.99 list) has become my constant companion, even when I'm crashed out for the night. This thing measures my steps daily, tracks my sleep and wakes me up in the morning (within a 20-minute window that helps ease my re-entry to wakefulness).

Jawbone's accompanying app is fantastic, too, with little tips based on my actual activity to help keep fitness at the front of my brain, rather than on the couch like it wants to be. The band reminds me to sync up and charge it, something I wish my iPhone did as well. There's even a stopwatch and a way to track your power naps — this thing is slick.

The band itself is rad, with a design that allows it to stay on either wrist without some awful watch band. It keeps in place, and is easy to take off for showers or swimming. It charges incredibly quickly and a charge lasts about seven days. The proprietary charger itself is easy to misplace, though, so I keep it in the same bedside table drawer to prevent freak-outs; if you lose it, you won't be able to charge the thing without a replacement.

Regardless, this is the coolest fitness band I've worn, and it's worth every penny. — Rob LeFebvre

I've loved every iPhone, from the first model onward, but they all seem impossibly small now. I haven't owned the iPhone 6 Plus (starting at $299 with two-year contract) for long, but already it feels like the right size for a phone that's more like a portable computer — that is, gigantic.

I keep it in my back pocket, and I have sat on it heavily every single day getting into my car or collapsing on the couch. I get a sickening feeling, but the iPhone's yet to show any damage. It's tougher than Bendghazi would have you believe.

I love the long battery life, the bigger screen, the Touch ID. Even Siri is better, thanks to faster Wi-Fi and LTE. I can even use the 6 Plus one-handed (but I have unnaturally long chicken fingers).

The biggest problems so far are the lack of a wallet case and finding the earphone speaker during a call. The phone's so big, it's easy to position the speaker beyond your ear, muffling the sound. I have to jigger it around my head until it gets loud. And if these are the biggest problems, there's not much to complain about. — Leander Kahney

I've been a soda addict from way back. My drug of choice? Diet Coke, with a more recent foray into Coke Zero. No Pepsi for this guy. Lately, though, I've started trying to be a bit healthier — my body is a temple and all that. With this new attitude, I started buying essence-infused sparkling water from the store, because no one likes plain tap water. Do you know how many plastic bottles I went through in a month? Too many, that's how many.

As a way to keep myself in carbonated water while not having to recycle tons of plastic each week to feed my habit, I picked up a Sodastream Source, which benefits from brilliant industrial design by Yves Behar. This thing is fantastic: There's no electricity, just a compressed air bottle that slides into the rear of the device to deliver 60 liters of carbonated beverages to my fridge, whenever I want. There are tons of flavors, if you're into sugary drinks or chemical-laden diet sodas, and you can also buy essences to make your fizzy water taste like that chichi Perrier or Sparkletts stuff.

This unobtrusive device has become my go-to source for bubble water — and better yet, my kids have followed in my footsteps and started drinking this over juice or soda. We're all feeling healthier as a result (since even the sugar syrups aren't high-fructose anything), and we save, according to the Sodastream site, more than 500 plastic bottles yearly. That's a great thing. — Rob LeFebvre 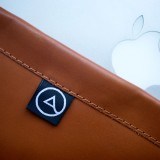 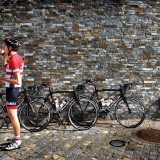 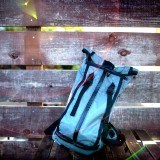 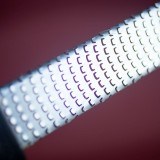 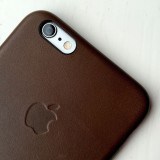 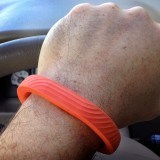 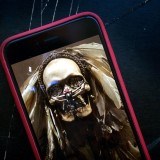 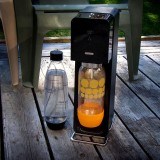