Sharp-eyed observers have noticed what looks to be an iSight camera in the iPad Steve Jobs used in last week’s keynote.

Even though Jobs didn’t talk about a camera, and it’s not mentioned in Apple’s official tech specs, something that looks like an iSight camera can be seen when Jobs first holds the iPad up for everyone to see.

As he holds it up, the light catches the iPad’s surface, illuminating something underneath. That something looks like an iSight camera, similar to the ones built into MacBooks, under the screens.

It’s not conclusive, of course, but corroborates the prototype images published by Engadget in the run up to the event, which clearly show an iSight camera in the same position. And references to a camera have been found in both the iPad’s Address Book software and the iPad firmware.

The absence of a camera on the iPad has been one of the device’s most puzzling omissions. Although, as our own John Brownlee first noted, a camera in a tablet that’s sitting in your lap, staring up at you, doesn’t produce the most flattering camera angles.

UPDATE: A repair company called Mission Repair says the iPad’s frame clearly shows an empty spot for an iSight camera, and it is exactly the same size and shape as the iSight slot in a MacBook’s screen frame. (Mission Repair received a shipment of iPad parts on Monday, the company blog says). 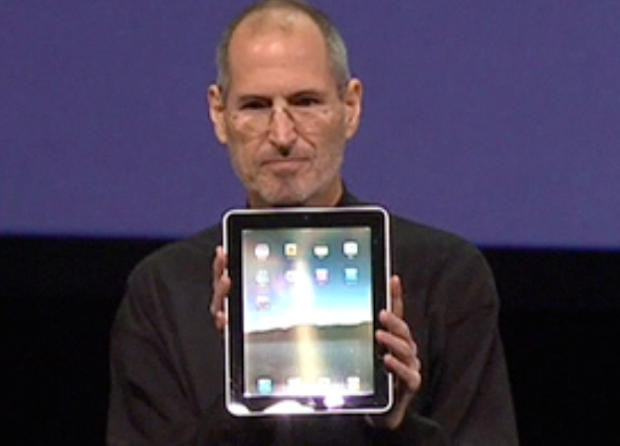