Pencil vs Camera art project blurs line between reality, whimsy
Cult of Mac Mobile menu toggle
Mobile menu toggle
FULLSCREEN
Ben gives a horse and bird the Heine treatment in this picture shot in Greece.
Sad events can be a source of enrichment too, according to Heine, who drew this crow floating over model Caroline Madison.
"I intended to represent a mermaid attracting several persons with her love."
Everything is connected, in this funny photo taken near Sousse in Tunisia is to
Love is a reoccurring theme in Ben's work. "In my view, the person with the red backpack symbolizes the real and genuine love, but it is actually going away from him."
This shot was captured in the Barcelona subway. The monkey is supposed to be a mix of James Bond, Sherlock Holmes, Tintin and King Kong.
Ben saw this woman sitting on a park bench looking rather lonely and decided to give her a mysterious companion.
There are no koalas in Poland but when Ben snapped this pic he says there is one "in my imagination, struggling against extinction..."
These are Ben's donkeys (mom on the left, son on the right). 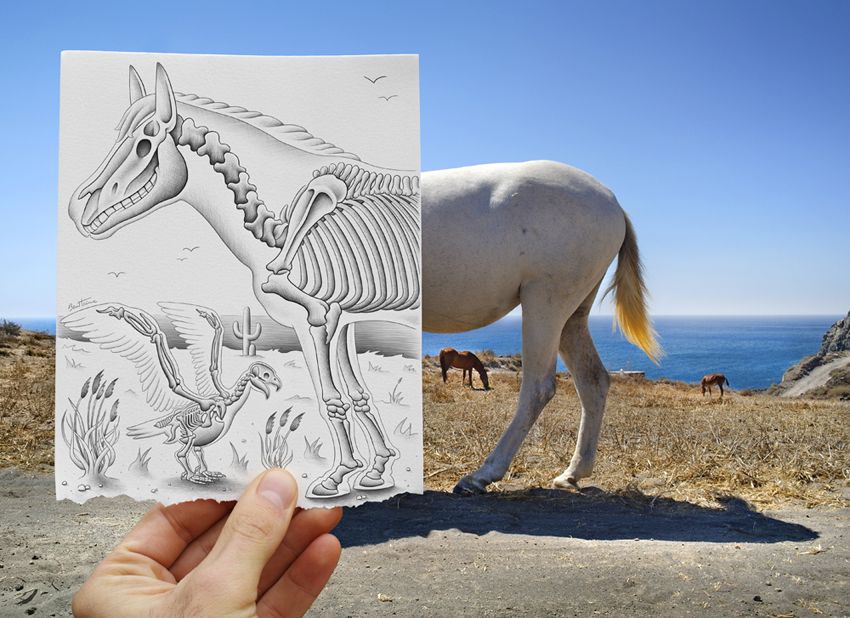 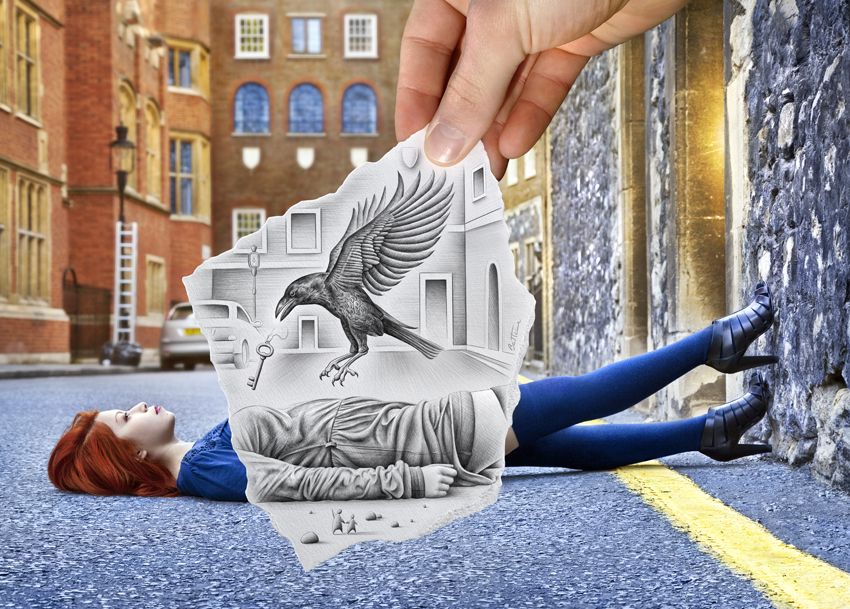 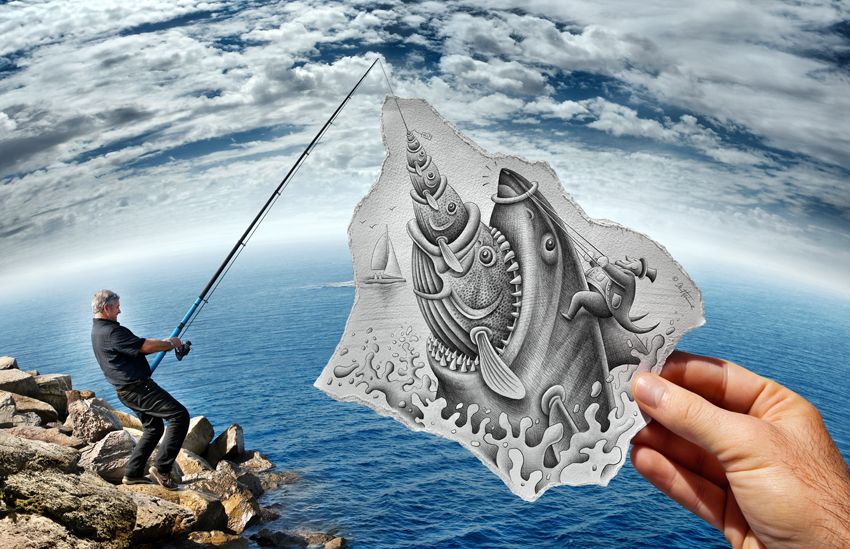 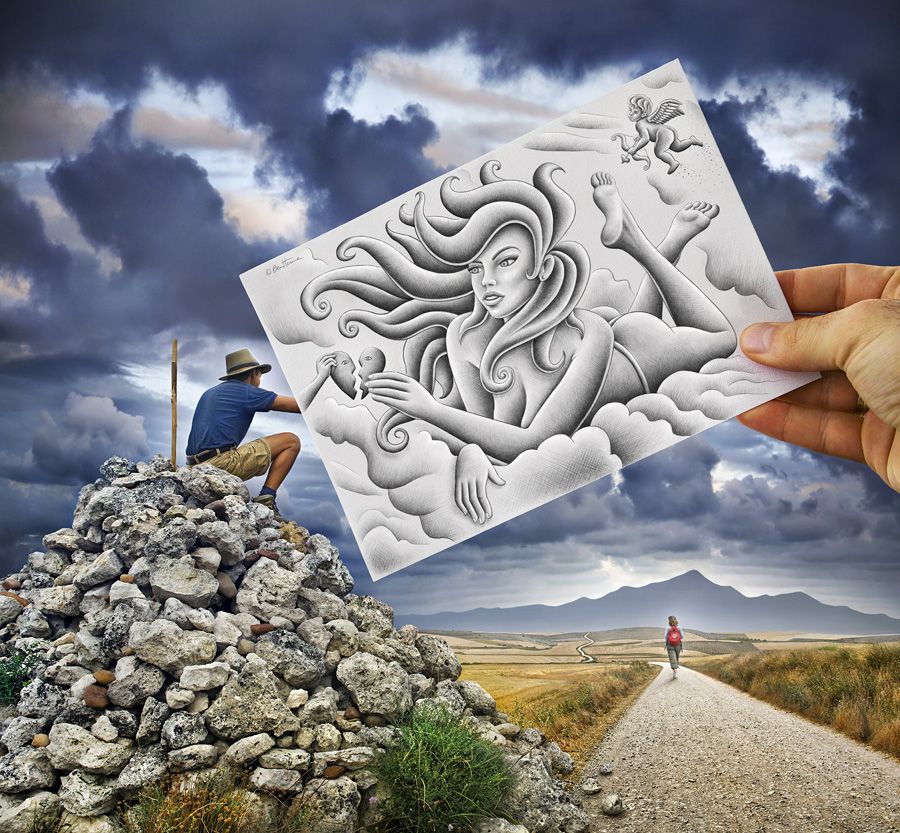 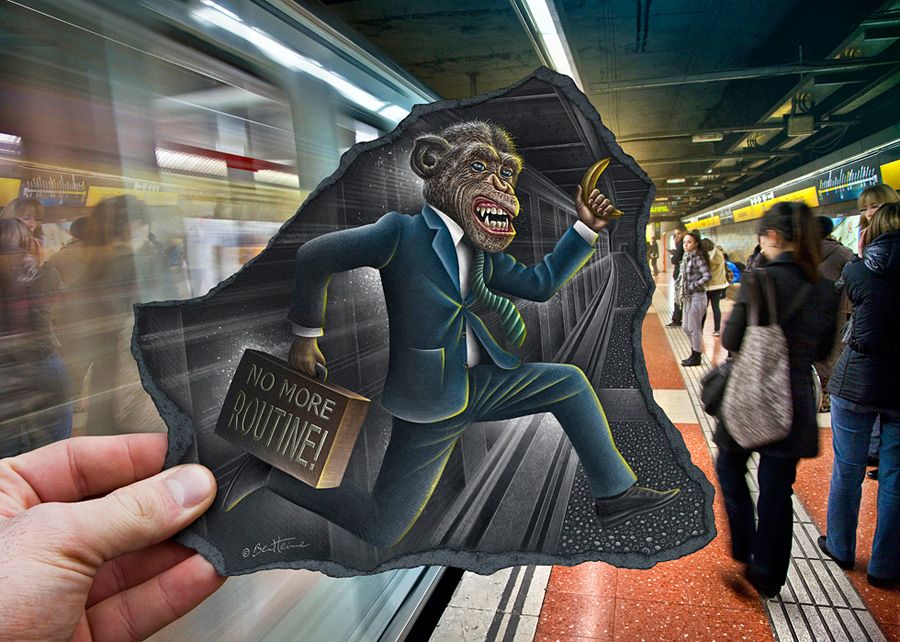 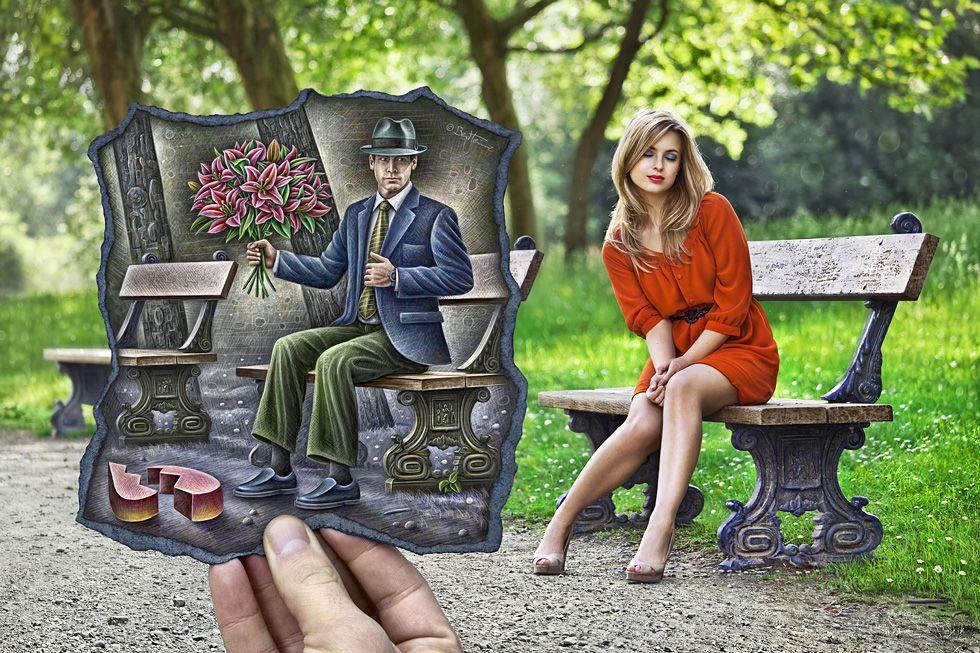 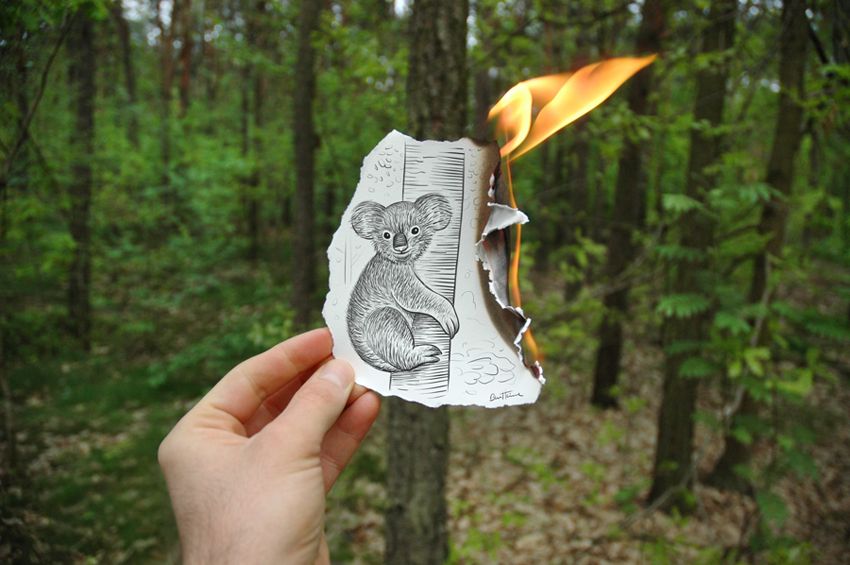 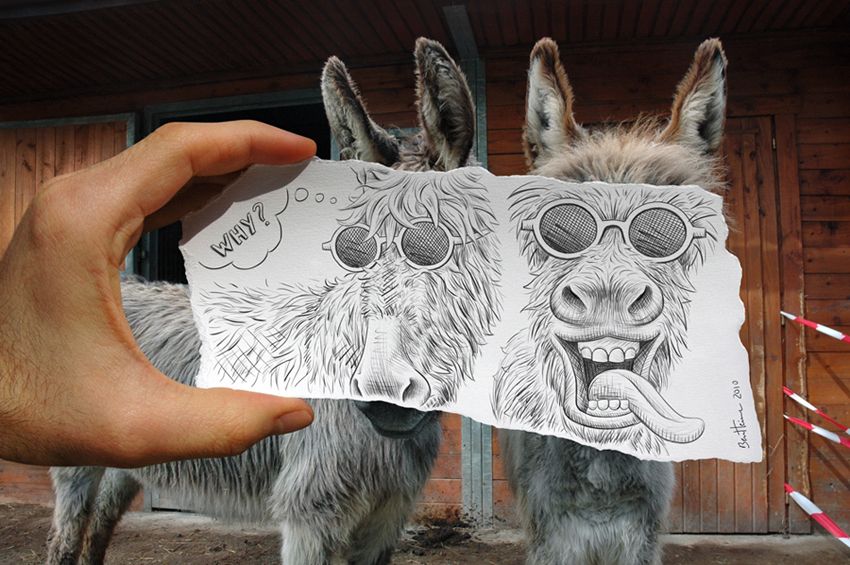 Ben Heine is a magician.

Like David Blaine and Criss Angel before him, he has a special talent for blurring the line between reality and fiction. But instead of utilizing sleight of hand or his indomitable will to delight his audience, Heine keeps it simple by using just a pencil and camera to create his illusions.

Heine’s incredible art series Pencil vs Camera combines gorgeous landscapes and city scenes with hand-sketched drawings. The otherworldly images that result are both whimsical and intriguing, with a bit of mind-bending magic thrown in for perspective.

“I always try to express what I’m feeling,” Heine told Cult of Mac, noting that most of his inspiration for drawings come “mainly from people around me — friends, family, even strangers — and from every experience I live.”

The 30-year-old artist creates most of his works at his studio in Belgium, using charcoal sticks and graphite pencils to lay the foundational work before going out to snap a picture — though most of the time he has to do some edits to line up shots in post-production.

“I’m always trying to find a nice location,” Heine said. “Then if there is a great subject — for instance a funny animal or human doing something unusual — this is nice, but it is not always needed because the drawing will bring a special, original and creative touch most of the time.”

Pencil vs Camera isn’t Heine’s only popular series: His Digital Circlism project caught our eye two years ago, thanks to this creepy portrait of Steve Jobs. But Heine says the Pencil vs Camera series stretched him as an artist by getting him to learn new ways to enhance his art.

The 3-D drawings, in particular, weren’t the easiest to master. “I had to change the way I’m working,” Heine said. “I had to learn new tools to create the 3-D effects.”

He created more than 70 images during a three-year period for the series, with the final and most challenging pieces swapping photos for huge swaths of canvas drawings to create optical illusions that seem to place the artist inside his anamorphic drawings.

For now, Heine says he’s done with the pencil sketches, but he’s already hard at work on a new project that’s different from anything he’s done before — music. (You can check it out below.)

“I let my inspiration talk and I don’t ask myself too many questions,” Heine said. “Simple ideas and messages are always the best ones.”