Everyone expects Apple to release a larger 4.7-inch iPhone this fall, and there are reports of an even larger 5.5-inch model floating around the supply chain. Heck, we’ve seen 12-inch iPad parts leak recently. It’s pretty clear that displays are only going to be getting bigger.

Developers will need to update their apps to fit new screen sizes, and today Apple provided a way for them to do just that.

Cult of Mac reader Fabrizio sent us in a screenshot of the new Xcode beta, the tool devs use to make apps for the App Store. 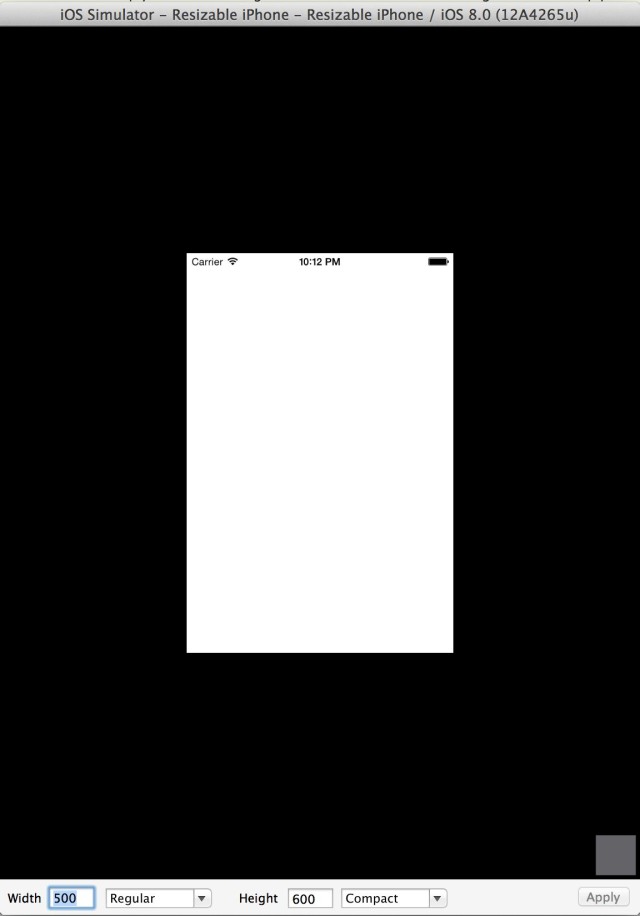 There’s a built-in simulator that allows devs to test the way their apps work before compiling. In the new Xcode, Apple has added a “resizable” simulator that can be stretched to fit an arbitrary screen resolution.

So if devs want to test their apps in a larger iPhone or iPad resolution, they can do so. It’s not a confirmation that larger displays are coming, but the timing is certainly interesting.

Update: Our tipster has told us that the iPhone simulator does not accept values ​​higher than 1024 for height and 760 for width.