Apple has already shown us how the iPad is used to explore the deepest oceans and tallest mountains, but in for its newest segment of the ‘Your Verse’ campaign the iPad has gone totally Bollywood.

Famed Bollywood choreographer Feroz Khan stars in the new Your Verse microsite on Apple.com that chronicles how he’s integrated the iPad into his entire production processes and how it helps him create spectacular Bollywood dance numbers. 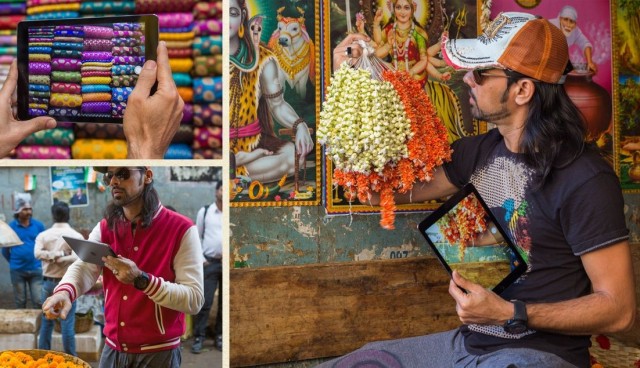 From picking costumes and props, to crafting sketchbooks and scouting locations, the ad tracks how Feroz keeps tabs on his multiple projects and ideas for choreographed dances and exchanges them with his team members.

The colorful ad explains that Khan even uses the iPad to frame his shots for his Director of Photography before filming, by utilizing apps like Artemis HD which lets him select the same camera his director of photography uses and experiment with lens options ahead of time.

One of the other benefits of using an iPad for your creation device? Immediate feedback. Feroz says he uses SloPro to give his dancers immediate in-depth feedback on their moves and notes that the iPad’s mobility makes it easier to move between performers for more intimate shots.

Number of comments on this postLeave a comment
Posted in: News, Top stories Tagged: iPad