I don’t know what it is with wireless chargers and the letters Q and I, but what I do know is that the iQi is the first one I have actually considered using. You see, instead of a fat case to hold the induction circuits, or the flux capacitor, or whatever it is that makes wireless charging possible, the iQi is a tiny slim sheet that slips inside your existing case. 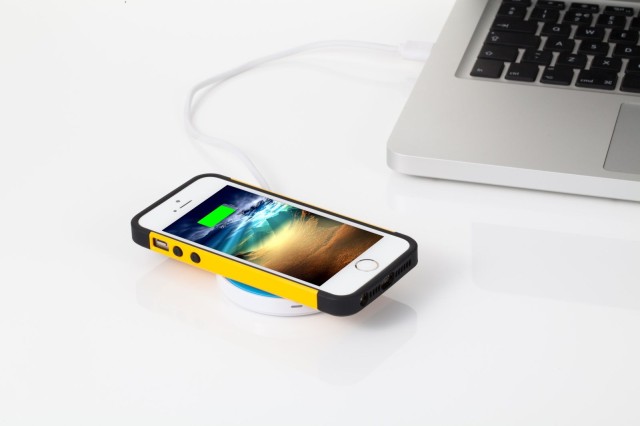 The iQi is a wireless charing “receiver,” and is paired with a puck-shaped “transmitter,” on which you will lay the iPhone to charge it. I like the idea of having a few of these around the home or office so you can gently juice your iPhone (or iPad) as the day goes on, without every having to think about plugging it in.

The cool part about the iQi is that it is so damn thin. The panel and the plug are on on thin and flexible sheet of magic, and you just plug in the Lightning connector and bend the panel up behind the iDevice, before slipping it into the case of your choice (I’d advise one that’s not too tightly fitting.

If you want one, you’ll need to pitch in to the Indiegogo campaign, where a kit containing a charger and a puck will cost you $65.

I’m pretty excited about this. I hate wires as much as the next man, but I’m not willing to add bulk to my devices to get rid of them.