It’s not every day that a Mac accessory comes along and promises to give you superpowers, but that’s just what Thalmic Labs is promising with their innovative new armband today. Called the MYO, it’s a Bluetooth-enabled device that allows you to control your Mac, just by flexing your muscles.

Like the Kinect or Leap Motion, the MYO translates your body’s movements into computer input. Unlike those solutions, though, it doesn’t work using a camera. Instead, you simply loop an armband on and allow it to translate the electrical activity produced by your muscles into input a computer can work with.

There are a lot of possible uses. For example, you could stop iTunes just by clenching your fist, or multitask between apps simply by swiping with your fingers left or right. You could even, say, use the MYO to aim a weapon in a first person shooter, firing your gun when you actually “pull” the trigger. 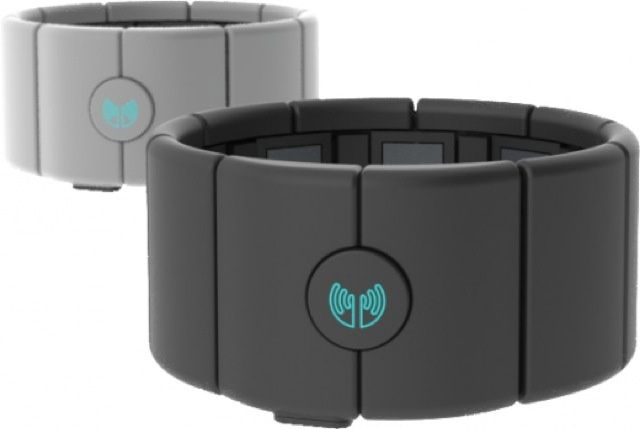 “As a company, we’re interested in how we can use technology to enhance our abilities as humans – in short, giving us superpowers,” Stephen Lake, co-founder and CEO of Thalmic Labs said. “We’re excited to see how the MYO blurs the lines between us and digital technology.”

If you’re interested in the MYO, you can pre-order one today for just $149. The MYO API has also been launched, which should allow developers for Mac and iOS alike to do some very interesting things.

I’m eager to try this one out. Let’s hope the execution matches up to the promise.

Source: GetMYO
Via: The Next Web