The WINGStand, from the guys at BiteMyApple, is another accessory that was born on Kickstarter. It allows you to combine your iPad, iPad mini, and iPhone with your Apple Wireless Keyboard in the simplest way possible — without carrying additional an additional stand, dock, or case.

Simply attach the WINGStand clips to the back of your keyboard — they cling onto its battery compartment — and they form a stand in which you can sit your iOS devices. As you can see from the photograph above, the two almost merge into one to create a pretty little computer that’s perfect for getting things done on the go.

When you’ve finished working, simply pull the WINGStand clips off your keyboard, clip them together, and throw them in your bag.

The WINGStand is available in white and “eco friendly” black and it costs just $15. Is it worth it?

If you already own an Apple Wireless Keyboard, and you’d like to use it with your iOS devices, the WINGStand is one of the cheapest ways to do that. It doesn’t cost half as much as a dock or a dedicated stand, and it’s cheaper than most cases.

What’s more, it will accommodate a wide range of devices. You can use it with your iPad and iPad mini (with Smart Covers, if you wish), your iPhone 4, iPhone 4S, and iPhone 5, and even with some third-party devices like the Samsung Galaxy Tab, the BlackBerry PlayBook (if you’re one of the few who owns one of those), and the Acer Iconia tablets. 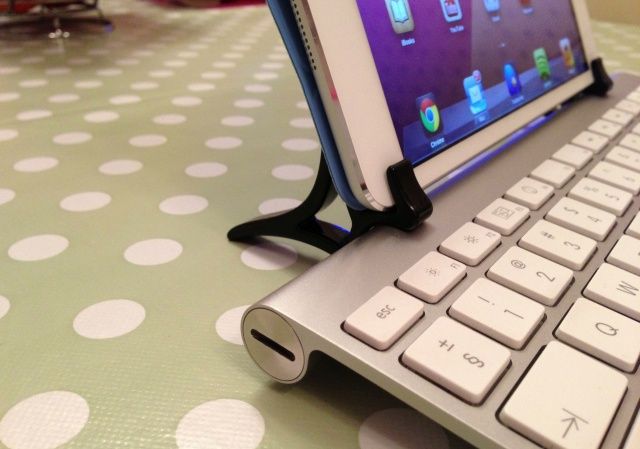 Can you imagine how much it would cost to buy a dock or stand for all of those devices? The WINGStand just fits them all right out of the box — and for $15!

And not only will it hold those devices, but it will hold them as you want them; switching from landscape to portrait mode is as simple as picking up your device, turning it, and setting it back down again. A keyboard dock, such as Apple’s official one, doesn’t have that kind of flexibility.

Applying the WINGStand is easy, too. The two clips cling onto the back of your Wireless Keyboard, around its battery compartment. Once applied, there’s no chance of them falling off unintentionally — they’re nice and tight. And as long as you’re using it on a flat surface, your device isn’t going to fall out, either.

I’ve also found the WINGStand to be super strong. The injection-moulded plastic shows no signs of breaking easily, and I’d be more than happy to let this roll around in my bag safe in the knowledge it’s not going to end up in more than one piece. 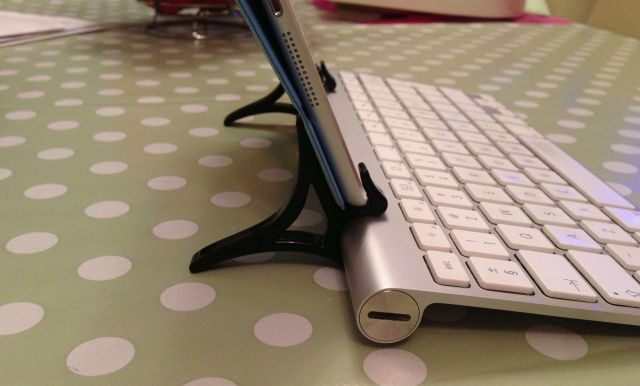 And don’t worry about scratching your Apple keyboard or your devices, either. It may be a tight fit on the keyboard itself, but the WINGStand’s rounded edges ensure it won’t do any damage to your keyboard’s aluminum. Any marks it does leave — and there will be few — will easily wipe off.

What can I say about the WINGStand that I wasn’t happy with?

Not a lot, to be perfectly honest. It’s easy to see why this accessory was such a success on Kickstarter. Sure, it only works with the Apple Wireless Keyboard, and it only sits at one angle. But you know that going in, so it’s hardly going to be a disappointment later on.

So… err… it only comes in black and white? 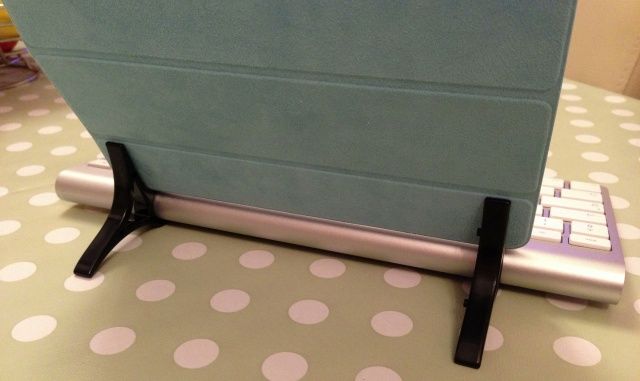 I simply cannot pick fault with the WINGStand. It brings your Apple Wireless Keyboard and your other devices together in perfect harmony, creating the perfect portable computing that’s ready at any time to get stuff done on the go. And it do so for just $15.

I can’t recommend the WINGStand enough — go buy it. 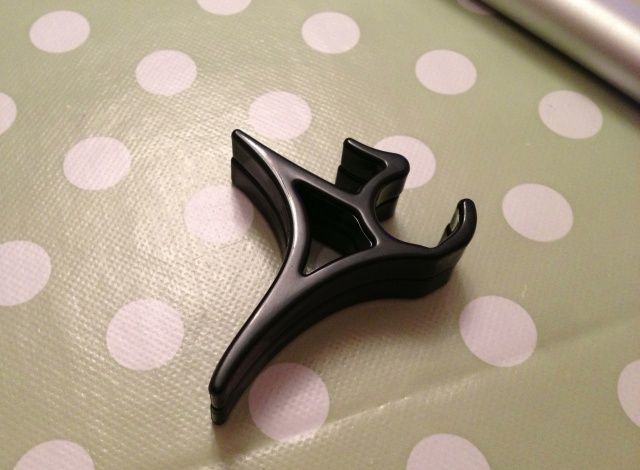