Today, Apple re-uploaded the newest Siri ad, the one featuring Martin Scorsese, to its YouTube channel. This isn’t the first time I’ve seen this type of thing happen on their channel, so I went to investigate.

It turns out that Apple just has a remarkable attention to detail. Thanks to the numerous people who always upload Apple’s ads, I was able to compare the new upload to the original. Here’s what I found.

Apple changed the ending sequence on the ad slightly, in terms of branding. In the new ad, there is no mention of AT&T at all. Whether this was done just for the YouTube version, or if will appear on TV like this is a mystery, but as you can see in the screenshots, AT&T is gone. Strangely enough, if you look around YouTube at the previous iPhone 4S commercials, you’ll see a similar trend. Both the Samuel L. Jackson and Zooey Deschanel ads were re-uploaded to remove the AT&T branding as well, around the same time the ads were released. The John Malkovich ads, however, never carried the branding and therefore were never re-uploaded.

Look at the screenshots below: 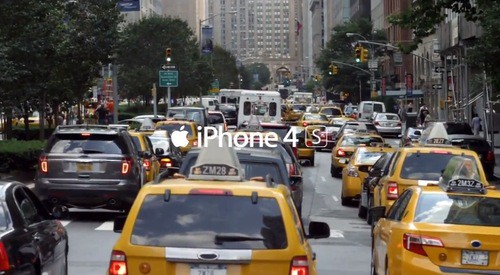 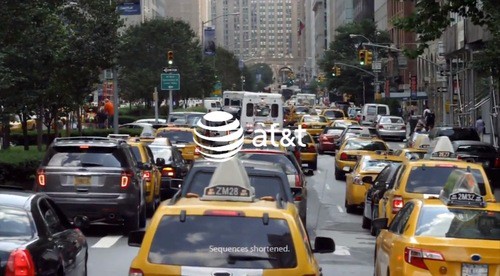 In the original ad, we see the Apple logo, followed by the carrier branding and “sequences shortened.” 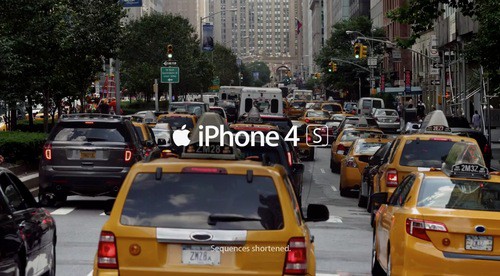 In the updated ad, we find that the Apple branding and “sequences shortened.” have been combined and that the AT&T branding has been dropped.

Now here’s what I find really fascinating. Someone at Apple, or at Apple’s ad agency must have a real sharp eye, because I barely even noticed this one. In fact, the only way you’d even notice the difference is by going through the commercial scene by scene and flipping back and forth between the ads as I did. If you look at around 0:11, you’ll see this:

If you take a look at the original ad, though, you’ll notice this:

That’s right. As you can see, someone went in and fixed a minuscule editing error that only the pickiest of eyes would catch. In the original ad, you can see that the ‘3’ in 8:43 seems to be pasted over the real time, in order to line up the time progression in the commercial, as at one point late in the ad, Marty’s iPhone switches to 8:44. In the revised ad, the editing error is gone, and the time looks normal.

In case you’re thinking that this is just a result of some artifacting in the video, or a difference in frames, I compared the re-upload to two other original Scorsese ads, as well as the version on Apple’s site, which has also been updated. All three back up my point.

Groundbreaking? No. Will I get ridiculed for posting about such a minor thing? Probably.

But really, just take a look at Apple’s attention to detail. It’s amazing. And you thought they had stopped caring what quality of ads they show on TV.