PreviewMaker is a new tweak for jailbroken iPhones that’s likely to be particularly useful to app developers, theme designers, reviewers, and more. It takes all the screenshots you’ve taken on your iPhone and applies an iPhone-style frame, meaning you no longer need to edit each one and add it manually.

While PreviewMaker is likely to appeal to a lot of users, it’s going to be most useful to those who are looking to promote an iOS app, tweak, or theme. Instead of just a screenshot, you can show exactly what your product looks like when running on an iPhone.

PreviewMaker automatically detects screenshots taken in portrait and landscape mode, and then applies the right frame. You can choose whether you want to display a black or white iPhone, and you can then save your screenshot, upload it to ImageShack or Dropbox, or even share it via Twitter. 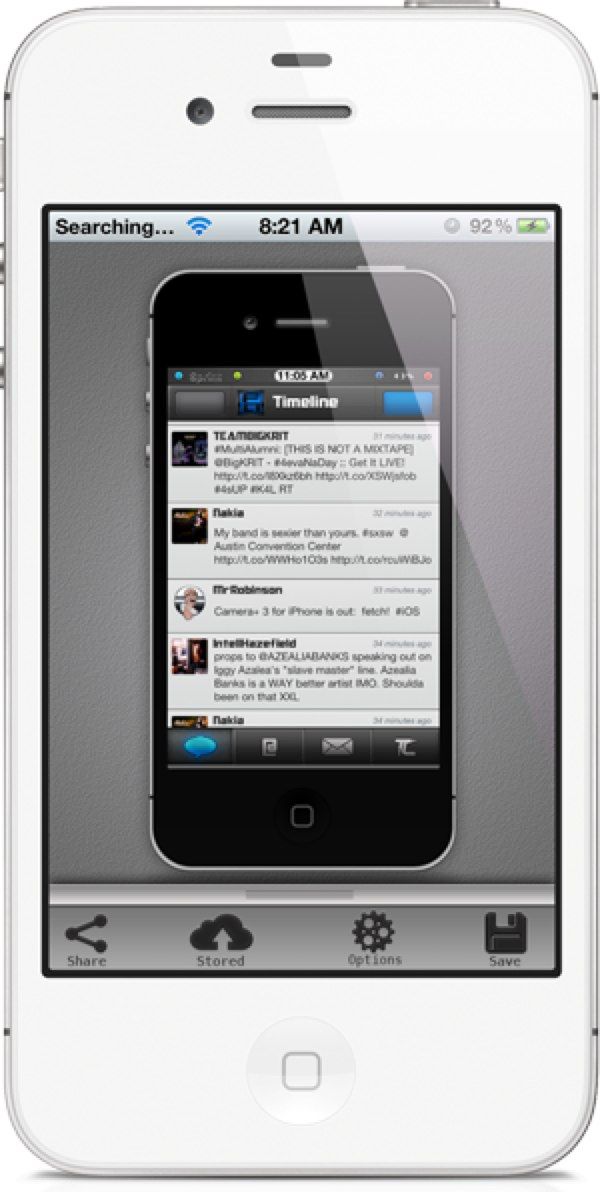 The app costs $1.99 and is currently available via the ModMyi repository within Cydia. Unfortunately it doesn’t yet support iPad frames, but this could appear in a future update.