Elgato has announced Game Capture HD, a USB device that will record gameplay from a Microsoft Xbox 360 or Sony PlayStation 3 and send it to a Mac or PC. The little dongle requires no power supply, and it uses HDMI to record HD footage from a Xbox 360 and AV to record from a PlayStation 3. Elgato uses H.264 video compression to capture 480i, 576p, 720p or 1080i video. Theoretically, Game Capture HD will also work to capture most signals from other HDMI/component-enabled devices.

When capturing gameplay footage with the new device, you can still keep playing on a regular TV via HDMI. The desktop software allows you to edit and timeshift footage before saving it or sharing the video on Facebook, Twitter and YouTube. 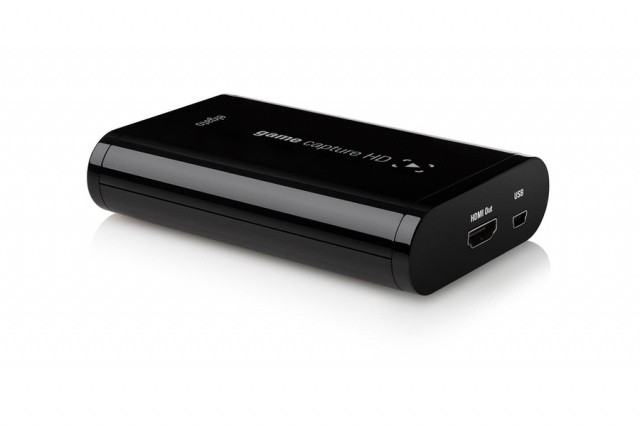 As you can imagine, the possibilities that Game Capture HD provides for recording and sharing gameplay are incredible. But don’t get your hopes up too high; you won’t be able to record copyrighted TV shows or movies from your Apple TV.

The software looks streamlined and functional. You can download the Mac software for free from Elgato, but the actual device costs $200 and won’t go on sale until June 1st.

Number of comments on this postLeave a comment
Posted in: News Tagged: games, Mac, PlayStation, Xbox