Photoshop Touch is a great iPad app, but it’s tightly focused on quickly gussying up your images and sharing them to the Facebook. To replicate the desktop Photoshop experience on your iPad you need to go somewhere else, and for me that “somewhere else” is Photogene, which this weekend was updated to v3.4. There are a few other additions, but the main new feature is compatibility with the new iPad’s Retina Display.

I have tried lots of photo-editing apps on the iPad, and there are some great ones — [Filterstorm](http://itunes.apple.com/us/app/filterstorm/id363449020?mt=8), for example — but I settled on [Photogene][www.mobile-pond.com] because it is easy to use, fast and powerful. Not only can you get images in there quickly and do just what you want to them without learning a weird-old interface, you can also upload and export the results to pretty much anywhere.

The Retina support doesn’t slow things down at all. In fact the whole app seems faster. It is now using both cores of the dual-core processor, so it should even be faster on the iPad 2.

As ever, the update is free for existing users, and a mere $3 [to buy new](http://itunes.apple.com/us/app/photogene-for-ipad/id363448251?mt=8) in the App Store. I recommend that you check it out. Especially now that photos look so great on the new iPad’s screen.

> – Support for retina display on the new iPad.
> – Greatly improved resolution during editing (on iPad 2 and above).
> – Now taking advantage of dual-core on iPad 2 and above. Save/export takes much less time.
>
> New editing tools:
>
> – Gradients. Add color adjustments or filters as gradient transitions (in the “enhance” section).
>
> – Annotations: new tool for adding arrows and markers on the photo (in the “text” section).
>
> – Can now rotate text boxes.
>
> – New curves algorithm: makes curves much easier to control.
>
> – Geo-tagging: can add or modify geo-tagging of photos.
>
> – Textual watermarking (available with the GO-PRO upgrade).
>
> – New filter: oil-painting.
>
>
> Bug fixes:
>
> – Fixed bug that prevented uploading more than 2 photos at once to Dropbox.
>
> – Fixed bug when using “original filenames” with FTP.
>
> – Improved stability throughout the app. 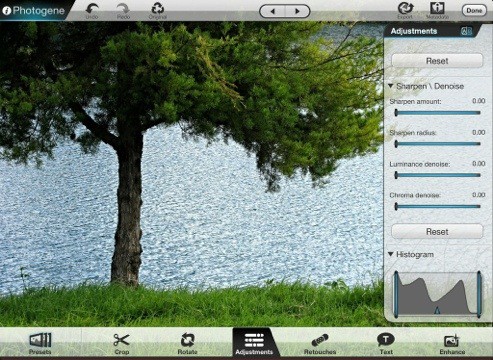 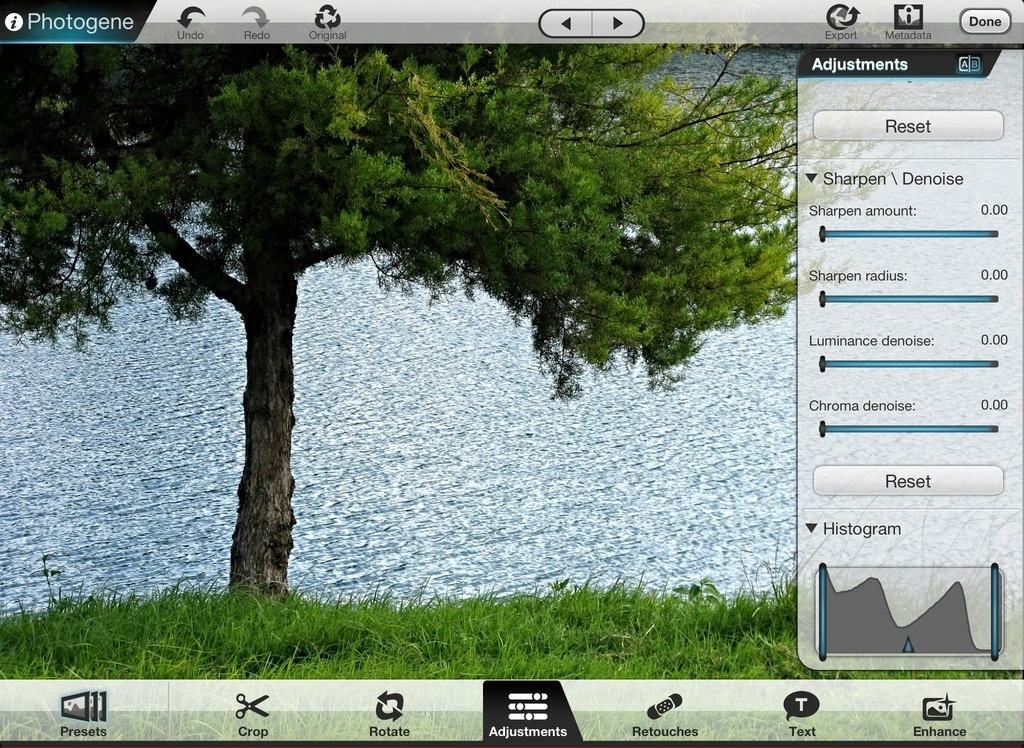