Tweetbot was already one of the best third-party Twitter clients in the App Store, and it  just got even better with version 2.0.

The first thing you’ll notice about the new Tweetbot is the revamped Timeline view.  Links are now able to be opened with a single tap. There’s a new tweet marker that floats at the  top of your Timeline showing you how many unread tweets you have left. (Don’t worry,  you can turn this feature off in the app’s settings.) The DM interface was also redesigned to look more like Apple’s iMessage app. 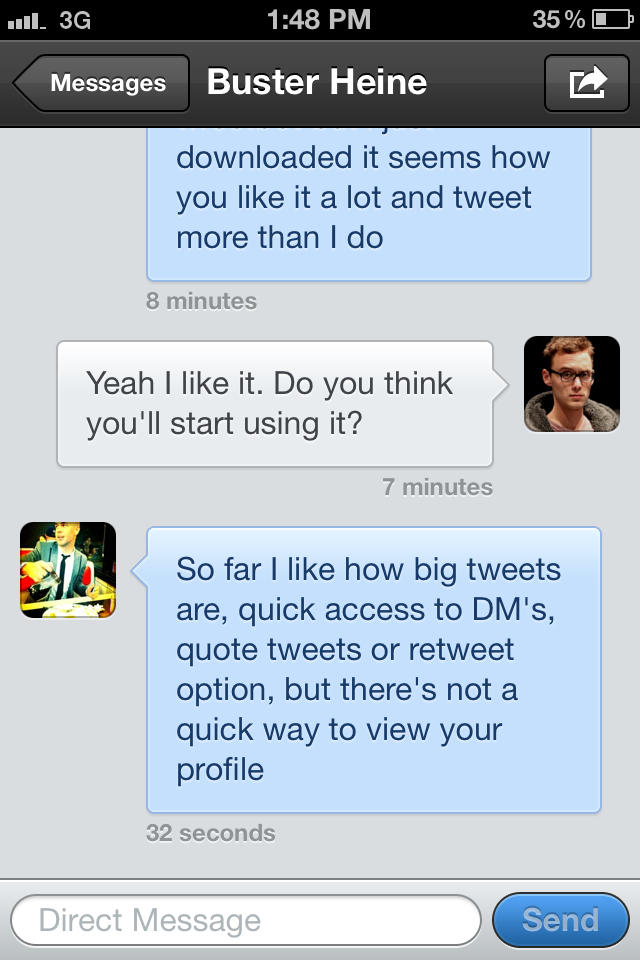 When you see a retweet in Tweetbot 2.0, the name of the account that performed the retweet is  integrated into the actual tweet. You can tap on the name of the person that retweeted  and view their profile quickly. There are plenty of other subtle improvements, like the  bolding of @usernames, color adjustments, larger (it’s actually huge) font size, and  more. 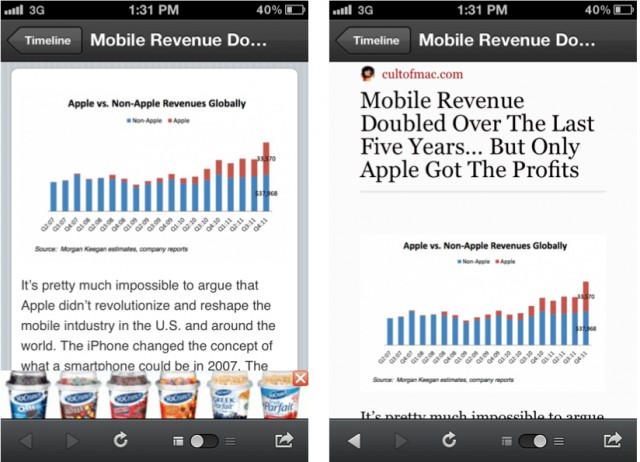 The developers at Tapbots added Readability mobilizer support for viewing articles  in-app. This feature can be triggered with a handy toggle in the app’s built-in web browser. Your Timeline will automatically refresh every 5 minutes as long as the app is  open. Scrolling is responsive and I’ve always loved having the ability to load hours of missed tweets right there on my iPhone with Tweetbot’s little “+” Timeline icon.