Comparing uprisings in the Middle East to what happens when a manager brings his or her own iPhone to work seems like a bit of a stretch, but IT executives say the effect has provoked a similar shake-up.

The people (read: employees) have brought about a groundswell of change in the corporate world by opting to bring-your-own-device (BYOD) and choosing their own apps. This has upended the “regime” of IT departments, who used to be able to control what devices employees used and what ran on them.

“Using the Arab Spring metaphor, IT could be a considered a totalitarian regime,” said Ken Singer, CEO of AppCentral, who moderated a panel titled “The Arab Spring of IT: Command and Control Under Fire” at San Francisco’s recent AppNation Enterprise conference.

“This revolution was led by individuals who equipped themselves with consumer tech, crowdsourcing a revolution by bringing in their own devices,” Singer explained. “IT departments struggle with how to address this and respond to it. They can’t simply say ‘yes’  (they’re not genetically capable of it) and at the same time, it’s so unwieldy they can’t manage it all.”

Apple’s iPhone, a design and experience upstart to the once-powerful corporate staple BlackBerry, has been a big part of it.

“Five years ago, people were arguing that the iPhone wasn’t ‘enterprise material,’ but Apple is about to reach the 19 billion sales mark for business customers,” said Tom Gonser, DocuSign founder. “Everyone said it wasn’t going to happen; the speed that things can change is pretty phenomenal.”

Rather than topple, companies are gradually giving in to what the masses want yet trying to maintain some order. 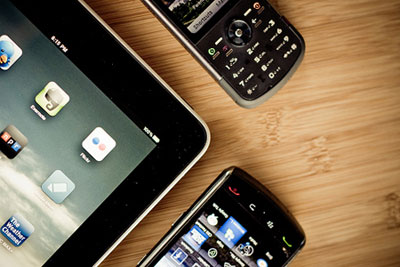 “IT departments are coming out of denial mode,” said Parag Patel, VP, Alliances, VMWare. “For a few years, the question was: ‘How do we maintain control?’ Now, as more and more people adopt BYOD, we have to adjust to the fact that what we used to be able to control IT completely, but now we can’t.”

Apps have been a major catalyst in why employees want to have their device at hand rather than accept what the company mandates.

“There weren’t any apps worth bringing into Boeing back in the day,” Gonser noted. Gonser, who declares himself “passionate” about the “ton of apps” on his iPhone, says that a flexible IT department is key to getting and keeping good employees.

“IT has become as part of the overall corporate culture. If you’re locked down, you’re not going to attract right employees,” Gonser added. “We want people who think outside of the box, but we can’t say: ‘Use whatever you want.’ The rate of innovation is so fast, we’re trying to figure out what makes sense to have in the future.”